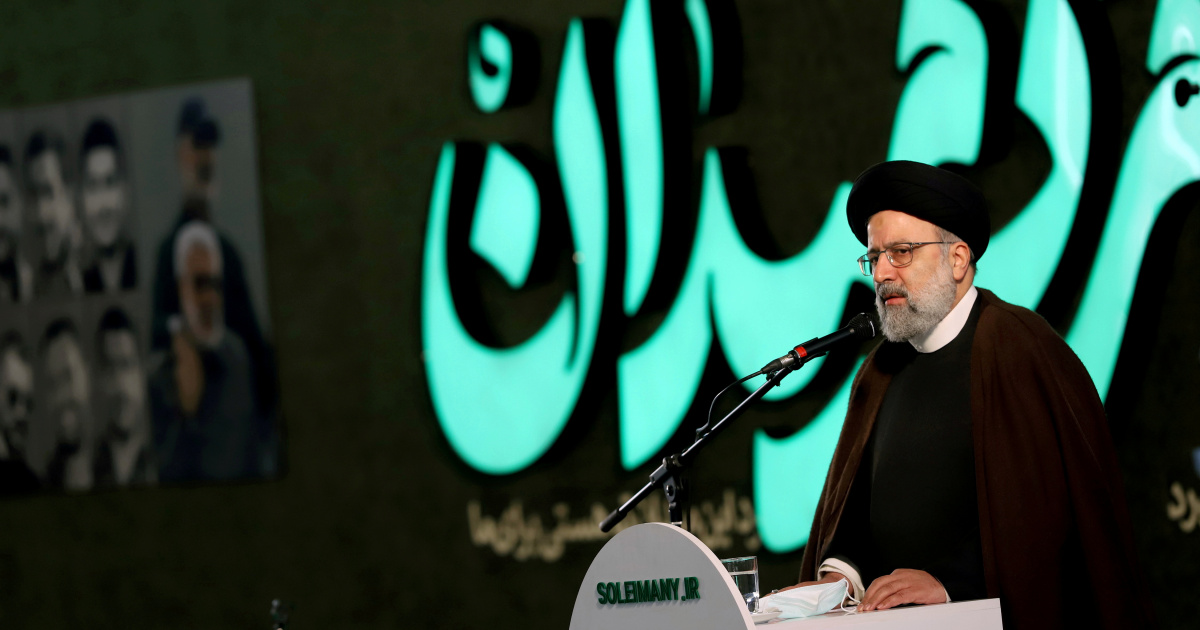 The stance by Washington official comes as Raisi pledges ‘diplomacy’ and ‘constructive’ engagement in his inaugural speech.

A United States diplomatic spokesman has urged Iran’s new President Ebrahim Raisi to return to talks on the resumption of the 2015 Iran nuclear deal, repeating a US stance that the window for diplomacy would not stay open forever.

Iran has been negotiating with six leading powers to revive a deal abandoned unilaterally in 2018 by then-US President Donald Trump, who claimed the agreement was ineffective and adopted a hardline policy towards Tehran.

Multilateral talks in Vienna on renewing the ban on Iran gaining nuclear weapons were suspended on June 20 pending the outcome of Iran’s national election which Raisi won.

“Our message to President Raisi is the same as our message to his predecessors … the US will defend and advance our national security interests and those of our partners,” State Department spokesman Ned Price told reporters in Washington, DC, on Thursday.

The 60-year-old Raisi, a frontrunner to replace the 82-year-old Supreme Leader Ayatollah Ali Khamenei, said in his inaugural address on Thursday that Iranians want to maintain the country’s independence and resist foreign bullying.

Raisi promised to pursue “diplomacy and constructive and extensive engagement with the world”, reiterating his stance that boosting relations with regional neighbours would be at the top of his foreign policy.

“I extend a hand of friendship and brotherhood to all countries, especially those in the region,” Raisi said.

The US and its allies, Saudi Arabia, the UAE and Israel have been in a simmering confrontation with Iran in the region.

The US, the United Kingdom and Israel have blamed Iran for an armed drone attack on an Israeli oil tanker, the Mercer Street, that killed two crew members in the Gulf of Oman last week.

Israel has said it provided allies “hard evidence” that Iran was behind the attack on the tanker, without offering details. US Secretary of State Antony Blinken warned of a “collective response”.

Israeli Defence Minister Benny Gantz has said Israel’s military is ready to take action against Iran, calling it “a global and regional problem”.

On Trump’s orders, the US military assassinated Iran’s top general Qassem Soleimani in an air raid in Baghdad, Iraq, in January 2020. Iran’s top nuclear scientist Mohsen Fakhrizadeh was gunned down by Israeli agents inside Iran in November 2020.

Since taking office in January 2021, President Joe Biden and his team have sought to reduce tensions with Iran in the region and have sought its return to the 2015 nuclear ban.

“We urge Iran to return to the negotiations soon so that we can seek to conclude our work,” Price added during a regular briefing.

“This process cannot go on indefinitely” and at some point, the benefits of reviving the 2015 agreement will have been eroded by the advancements of Iran’s nuclear programme, Price said.

After Trump withdrew from the 2015 deal and the US imposed new economic sanctions on Tehran in violation of the agreement, Iran began enriching uranium at higher concentrations. Iran says its nuclear programme is for peaceful purposes only.