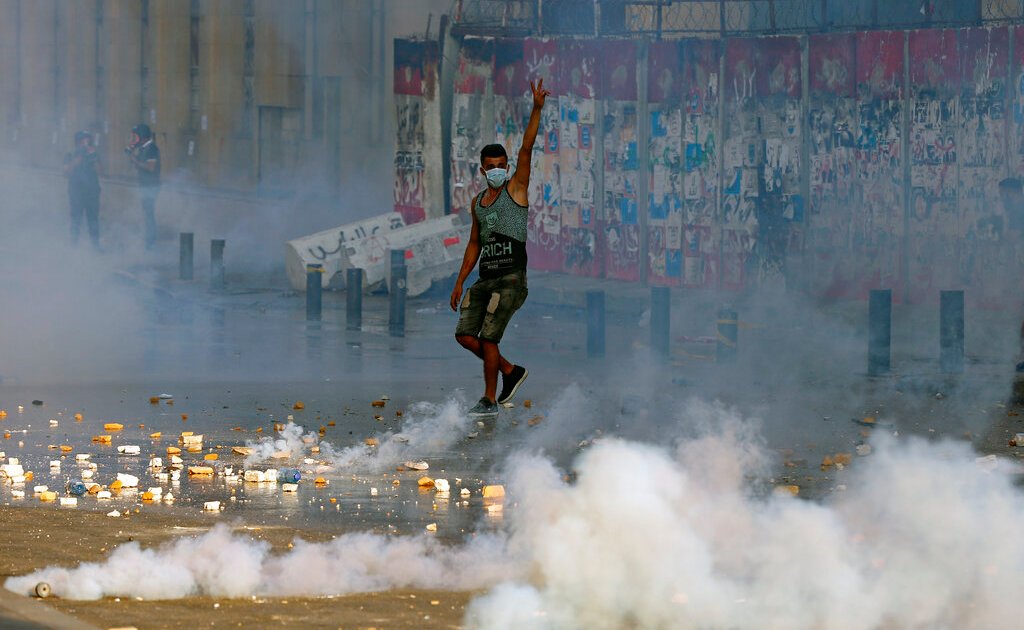 Washington, DC – Two Democratic lawmakers are circulating a letter in Congress, urging the Biden administration to shield Lebanese people in the United States from deportation on humanitarian grounds given the multifaceted crises unfolding in the Middle Eastern country.

Congresswomen Rashida Tlaib and Debbie Dingell, both from Michigan, home to a large Lebanese community, are leading the letter which calls for designating Lebanon for Temporary Protected Status (TPS).

The designation would allow Lebanese nationals on temporary visas, including students and visitors, to live and work legally in the US.

A draft of the letter, shared with Al Jazeera, says Lebanon is “not in a position to safely accept the return of its citizens at this time”.

The country is undergoing shortages in basic commodities, including fuel and medicine with inflation spiralling. The Lebanese pound has lost more than 90 percent of its value since 2019.

Lebanon has also been without a fully functioning government for more than a year amid a debilitating political deadlock. Acting Prime Minister Hassan Diab stepped down last year after a port explosion rocked Beirut, killing hundreds.

“We are hearing from our residents and family members every day about the dire conditions in Lebanon, and strongly believe that the US must act to aid the Lebanese people in their time of need,” the letter, addressed to President Joe Biden and Secretary of Homeland Security Alejandro Mayorkas, reads.

“Given the magnitude of this crisis, we urge you to exercise your executive discretion to provide protection to Lebanese nationals who are currently in the United States, by designating Lebanon for Temporary Protected Status (TPS) or Deferred Enforced Departure (DED), and to permit those affected to find safe haven in our country.”

TPS and DED are similar designations. The TPS is issued by the Department of Homeland Security and the DED by the White House.

The letter says COVID-19, the Beirut explosion, economic meltdown and political impasse have combined to create one of the worst humanitarian crises in Lebanon.

Tlaib and Dingell are gathering signatures from fellow lawmakers before submitting the document to the administration.

“Given the sheer scale of the crisis, it is imperative that the Administration take immediate steps to exercise its discretion – as a matter of national interest – to allow Lebanese nationals to remain in the United States at this time, by designating Lebanon for TPS or DED,” the draft letter says.

It also urges Biden to use all the tools at his disposal to welcome Lebanese people displaced by the worsening situation.

“The United States has long offered shelter to those seeking refuge from catastrophe. Now is the time to continue this tradition and stand beside the Lebanese people in their time of need,” the letter says.

More than 80 lawmakers made a similar demand of the Trump administration after the port explosion in Beirut last year.

Separately to the congressional effort, the American-Arab Anti-Discrimination Committee (ADC) is preparing a petition to formally request PTS for Lebanon from the administration.

As many as 28,000 people can get relief through the designation, according to ADC. Ayoub said TPS would make a huge difference in people’s lives.

“It provides safe haven and an opportunity for Lebanese nationals who are currently in the US, so they won’t be forced back into Lebanon during this time of crisis,” he said.

Yemen and Syria are currently designated for TPS because of the civil wars they are enduring. The status is granted for 18 months but is renewable at the discretion of the US administration.

Ayoub said Washington should look at Lebanon through a humanitarian lens.

“Look at the stories and look at the people, look at the images of what this country has been through over the past few years,” said Ayoub.

“Lebanon is teetering on the brink of complete collapse. The government of Lebanon has failed its people. There is no infrastructure in that country right now to maintain a society.”