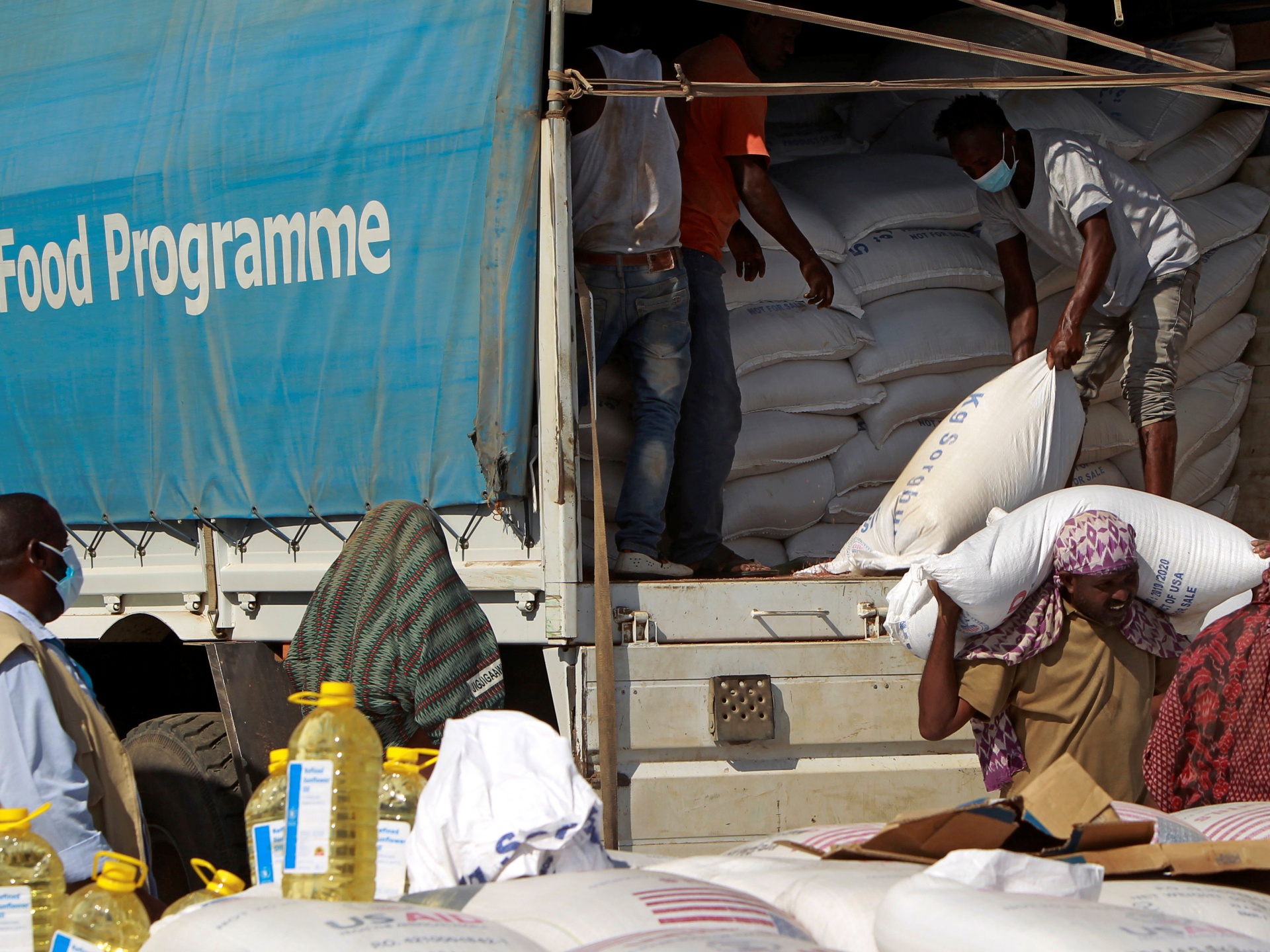 Debris from a drone strike in northern Ethiopia’s Tigray region has damaged a truck carrying humanitarian aid and belonging to the World Food Programme (WFP) and injured the truck’s driver, the United Nations agency said on Monday.

The WFP said the drone strike on Sunday hit near an area called Zana Woreda in northwestern Tigray, as two trucks were delivering relief supplies to families displaced by the nearly two-year long conflict.

“Flying debris from the strike injured a driver contracted by WFP and caused minor damage to a WFP fleet truck,” the spokesperson said, adding it was not possible to say yet whether further distributions would be suspended in the area.

“WFP calls on all parties to respect and adhere to international humanitarian laws and to commit to safeguarding humanitarian workers, premises and assets.”

The WFP truck was delivering food to internally displaced people as hundreds of thousands have been uprooted by renewed fighting since August 24 after a five-month ceasefire broke down. Since then, no truck carrying food aid has entered Tigray, the WFP said.

It added that an estimated 13 million people in Tigray and the neighbouring regions of Amhara and Afar are in “desperate need of food assistance”.

According to Reuters, two humanitarian workers, who asked not to be named, said that other food distribution operations by other aid agencies had been disrupted by shelling in Tigray as well.

Ethiopia’s government had asked aid organisations to avoid working in areas where they are taking preventive actions against the Tigray People’s Liberation Front (TPLF) attacks, according to the government’s communication service.

The communication service also said that in the past, aid transport vehicles had been hijacked and that the TPLF had transported its combatants on trucks painted with UN logos.

The “TPLF has been appropriating trucks assigned to deliver humanitarian assistance … towards the purposes of transporting its fighters instead of aid delivery,” the government communications service said in a statement.

“The government strongly advises aid organizations to ensure that the vehicles they use for aid are not used by terrorists,” it said, referring to the TPLF, which it considers a “terrorist” group.

The government accuses the TPLF of trying to reassert Tigrayan dominance over Ethiopia. The TPLF accuses Abiy of over-centralising power and oppressing Tigrayans.

At least 17 people have died in air strikes on Tigray since fighting resumed on August 24 and halted aid into the stricken northern region.

The UN’s Commission of Human Rights Experts on Ethiopia last week said it had reasonable grounds to believe Abiy’s government was “using starvation as a method of warfare” in Tigray.

The government rejected the allegations, calling them “politically motivated”.