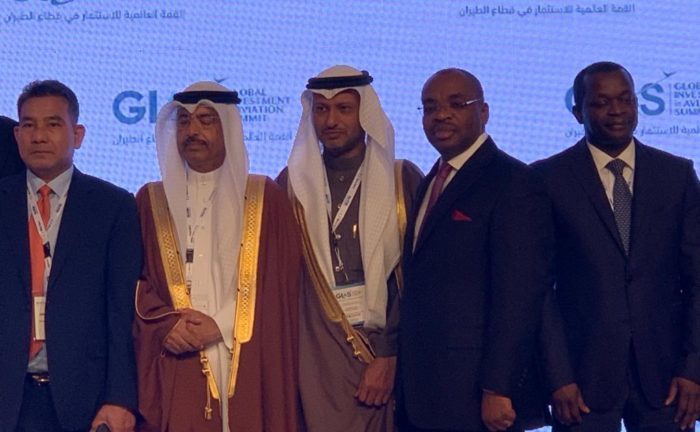 Akwa Ibom state has been showcased as the next big thing in Nigeria’s aviation industry with many countries, including the United Arab Emirate indicating interest in investing in the state.

The interest was made know at the just concluded 2020 Global Investment in Aviation Summit held  in the United Arab Emirates to discuss issues in the aviation industry.

Akwa Ibom came to the spotlight when Gov.  Udom Emmanuel along with his high-powered delegation presented to the summit, the ample investment opportunities in the state.

In view of the presentation, investors from the UAE indicated interest in the completion and running of the Maintenance, Repair and Overhaul (MRO) facility at the Victor Attah International Airport.

Gov. Emmanuel hinted that his administration sees aviation as a strategic income stream and as such is doing its best to take advantage of it.

“We have created investor-friendly environment. Our home carrier, Ibom Air, is receiving attention globally,” he said.

Gov. Emmanuel, also thrilled participants at the Summit when he presented Akwa Ibom’s economic potentials and the many incentives put in place by this administration.

He stressed that such opportunities make Akwa Ibom attractive for investors, adding that his administration was commitment to further diversifying  the state’s economy,

He explained to the investors that with the much-needed investment in the sector can create jobs for millions and boost the state’s Internally Generated Revenue (IGR), among others.

He also used the opportunity of the summit to to meet with the Marriott Group Vice President for Sub-Sahara Africa, Mr. Ibrahim Barghout, to finalize arrangement for the smooth opening of the Four-Point by Sheraton, Ikot Ekpene.

Mr. Emmanuel maintained that his administration’s agenda, which is tailored to a vibrant economic plan, is for the development, progress and a greener future for Akwa Ibom.