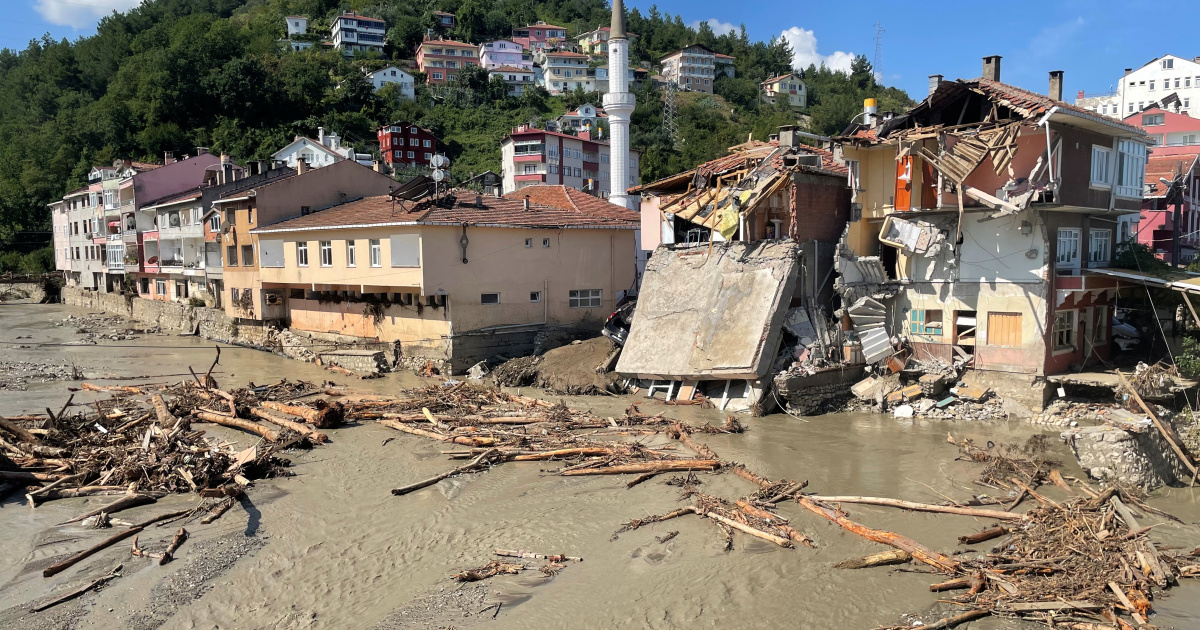 The Turkish disaster control agency says 52 people were killed in the province of Kastamonu, nine in Sinop and one in Bartin.

Turkey has sent ships to help evacuate people and vehicles from a northern town on the Black Sea that was hard hit by flooding, as the death toll in the disaster rose on Sunday to at least 62, with many people still missing.

The Turkish disaster agency AFAD said 52 people were killed in the province of Kastamonu, nine in Sinop and one in Bartin.

According to a statement by the governor’s office in Bartin, 13 bridges were destroyed in the flood, while at least 45 buildings were heavily damaged.

“We delivered 20 tonnes of food yesterday and today by helicopter alone,” Soylu said on Sunday, adding that officials were trying to meet the needs of victims – from funerals to damage assessment.

Environment and Urbanization Minister Murat Kurum said there were at least 454 severely damaged and ruined buildings in the three provinces, adding that authorities were working on building new structures within the next year.

More than 8,000 workers are conducting relief work in the affected areas, the disaster management agency said, while at least 2,370 people were evacuated to safe areas by helicopters and boats.

Emergency crews across the region kept up the search for the missing amid the many buildings that have partially collapsed.

Torrents of water tossed dozens of cars and heaps of debris along streets, destroyed buildings and bridges, closed roads and cut off electricity to hundreds of villages.

The Turkish defence ministry sent two ships to evacuate people and vehicles from a town in Sinop.

They also sent military vehicles that can serve as temporary bridges to help get access to areas where bridges were wiped out.

Israel’s defence ministry said on Sunday it had reached out to Turkey with an offer to send a search-and-rescue team.

The heavy flooding came after Turkey endured a searing heatwave and as crews in the south were taming wildfires that raced across the country’s Mediterranean coast.

Climate scientists say there is little doubt that climate change from the burning of coal, oil and natural gas is driving more extreme events – such as heatwaves, droughts, wildfires, floods and storms – as the Earth warms.