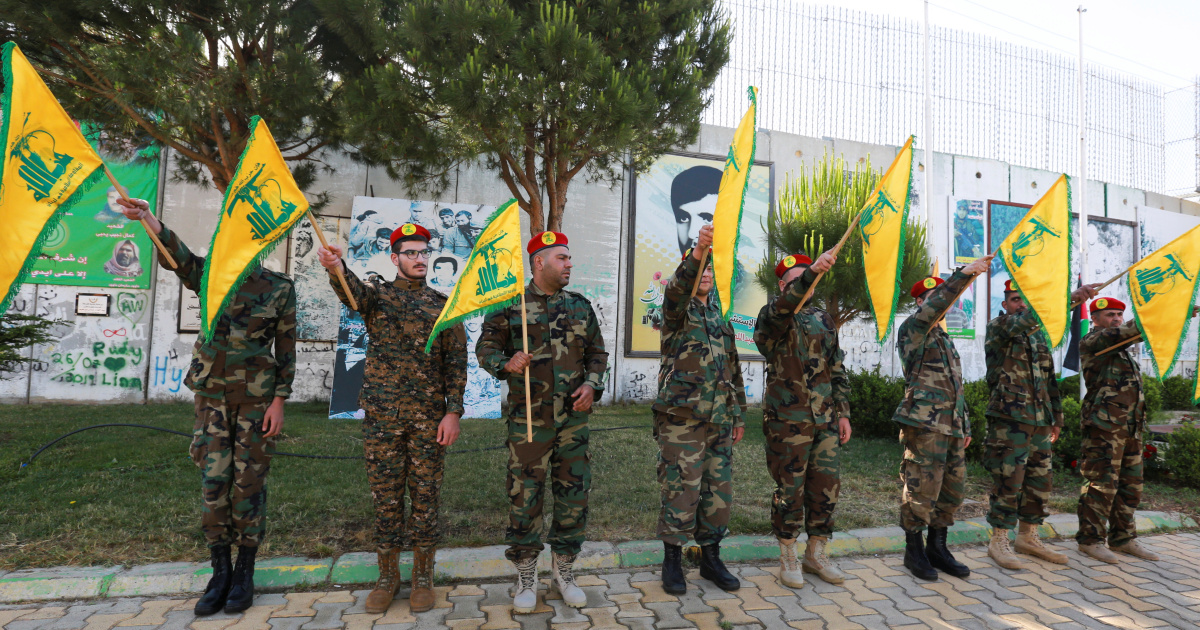 Beirut, Lebanon – Fifteen years after a devastating monthlong war between Hezbollah and Israel ended, analysts expect both sides to continue pursuing a policy of deterrence rather than another all-out war.

But they say that while Hezbollah holds unprecedented military and political power, the crippling economic crisis at home in Lebanon has also exposed the group’s vulnerabilities.

The war between Iran-backed Hezbollah and Israel, often referred to as the July War, started on July 12, 2006 – days after Hezbollah operatives captured two Israeli soldiers in a cross-border raid, which they hoped would secure a prisoner swap deal with their Israeli counterparts.

Israel responded militarily to retrieve the two soldiers and with the intent of destroying Hezbollah, the only civil war-era faction in Lebanon that maintained its arsenal.

Over a devastating conflict that ended on August 14, 2006, Israeli air attacks, artillery and naval attacks had killed at least 1,109 Lebanese, of which the vast majority were civilians, wounded more than 4,000, and displaced nearly a million. About 250 Hezbollah fighters died in the war. Hezbollah’s rocket attacks killed 43 Israeli civilians and 12 soldiers.

Israeli forces say they bombed only Lebanese state infrastructure that made “a significant contribution to operational capacities” of Hezbollah; notably the runways of the country’s only international airport, bridges and roads, power plants, water networks, a lighthouse in Beirut, and Hezbollah’s Al-Manar television studio.

The Lebanese government estimated the cost of that damage at $2.8bn.

Israel also fired about four million cluster munitions, mostly during the last three days of the war when a ceasefire was imminent, but not all of them detonated. According to Human Rights Watch, up to one million undetonated cluster munitions were scattered across fields, towns, and villages. These hidden munitions still wound or kill residents to this day.

But an Israeli government inquiry concluded that the 2006 war was an unsuccessful and “missed opportunity”.

“Israel initiated a long war, which ended without its clear military victory,” it read.

Meanwhile, Hezbollah’s Secretary-General Hassan Nasrallah in a recent speech said the 2006 war was a key victory for the group and for Lebanon’s security.

“This is the historic and strategic accomplishment that the resistance achieved for Lebanon in the July War: security and safety over the past 15 years,” Nasrallah said in a televised speech last week, adding that Hezbollah’s military strength has become a deterrent for Israeli military incursions.

Hezbollah has expanded its arsenal since the war and has become a crucial paramilitary group in the region, most notably in Syria where it has backed President Bashar al-Assad on the battlefield.

“The calibre of its [Hezbollah’s] weapons and rockets have grown … as well as its possession of precision missiles,” Nasrallah said in his speech.

Since its expansion into regional military activity, it has grown largely in numbers and has diversified its military tactics and arsenal, most notably through its collaboration with the Russian and Syrian armies.

It has however lost more than 1,700 fighters in Syria over the past 10 years, according to the UK-based Syrian Observatory for Human Rights.

In recent years, Israel has launched air attacks on Hezbollah and Iranian convoys in Syria.

But while tensions between Hezbollah and Israel have intermittently flared at the southern Lebanese border over the past 15 years, the situation has largely remained calm in Lebanon, although tensions continue to surface.

Randa Slim, a senior fellow at the Washington, DC-based Middle East Institute, said the 2006 war resulted in a “mindset shift” for Hezbollah.

“Their military win [emboldened them] to stand up to Israel and to become the decision-makers about war and peace in Lebanon,” Slim told Al Jazeera, adding the 2006 war was the first time Hezbollah mobilised without seeking approval from the Lebanese government.

Slim said Hezbollah’s more independent mindset continued following the war, most notably when Hezbollah took the unilateral decision to intervene militarily to back the Syrian government in 2012.

“It was the beginning of Hezbollah not caring any more about that political cover and [believing] that they have earned their right to make these decisions of their own, irrespective of the government wants or says,” Slim said.

Meanwhile, over the past 15 years, Hezbollah has also become a key political player in Lebanon, especially following its key alliance with the Christian party the Free Patriotic Movement, whose leader, General Michel Aoun, became the country’s president in 2016.

Their rhetoric over time still revolves around the narrative that they are a resistance group, but their anti-establishment rhetoric has waned.

Nevertheless, tensions escalated between Hezbollah and Israel earlier this month as Israel launched air attacks into southern Lebanon, in response to three rockets that were fired at them. No group claimed responsibility.

Hezbollah then fired tens of rockets near a military installation, prompting fears of an all-out war.

It was the first declared rocket attack on Israel since the 2006 war, and it was Israel’s first air raids on Lebanon territory since 2014. “This is a very dangerous situation, with escalatory actions seen on both sides over the past two days,” United Nations interim forces in southern Lebanon said in a statement.

However, Hezbollah said in a statement that they deliberately targeted “open areas” near a military installation in Israeli-controlled territory, in response to the air raids.

Israeli forces reciprocated with similar rhetoric, saying it did not wish to escalate.

Hezbollah leader Nasrallah later said in a speech that Lebanon would respond to any further Israeli attacks, but said it would be in a “suitable and proportionate way, because we want to serve the purpose of protecting our country”.

Ibrahim Halawi, teaching fellow in international relations at Royal Holloway, University of London argues that an all-out war is not on the horizon, and that Hezbollah, in reacting to the latest tensions, acted and spoke with greater restraint than it would have in the past, which he said was “unprecedented”.

“Before they would only generally say [they targeted] occupied Palestine or the name of an Israeli settlement, but they wouldn’t have publicly said they targeted an open space,” Halawi told Al Jazeera.

Slim said Israel is not interested in escalating in Lebanon either.

“Israel’s major problem with Hezbollah is their precision-guided missiles, which they see as an existential threat,” she told Al Jazeera. “But it’s still a manageable threat.”

But Lebanon’s crumbling economy is another reason why Israel is holding back from war – and that they are likely to use a strategy of covert attacks rather than all-out war.

“Israel recognises the economic stress on Hezbollah,” Slim said. “If there is an all-out war, then there will be aid coming to Lebanon. They don’t want to save Hezbollah from this economic mess.”

“They are relying on their military boldness because its daily economic and political realities [in Lebanon] have become its weakest link.”

Lebanon continues to reel from a devastating economic crisis since late 2019, which the UN recently said has rendered 78 percent of the population into poverty.

Hezbollah with its greater influence and political representation has not been spared from criticism and contempt as part of a mosaic of ruling parties that plummeted the country.

The party has since been increasingly blamed to various degrees for Lebanon’s economic and political paralysis, and providing political cover for other ruling political parties in Lebanon. Nasrallah has opposed calls for the government to resign.

But unlike the party’s firebrand rhetoric when talking about Israel or its regional military operations in Syria, it has taken on a different approach when addressing the growing grievances in Lebanon, as living conditions continue to worsen, including in its areas of political influence.

“One of Nasrallah’s [recent] speeches was 90 minutes, where 30 minutes of it was pleading to people to calm down [protests and riots]. Now contrast that with its ability to remain militaristically bold,” Halawi told Al Jazeera.

Halawi argues that this is being done to “cover up the weaknesses that are piling up” on the party at home, with no solution in sight to skyrocketing food prices, medicine and fuel shortages, and rampant unemployment.

“I don’t think they’re comfortable at all.”