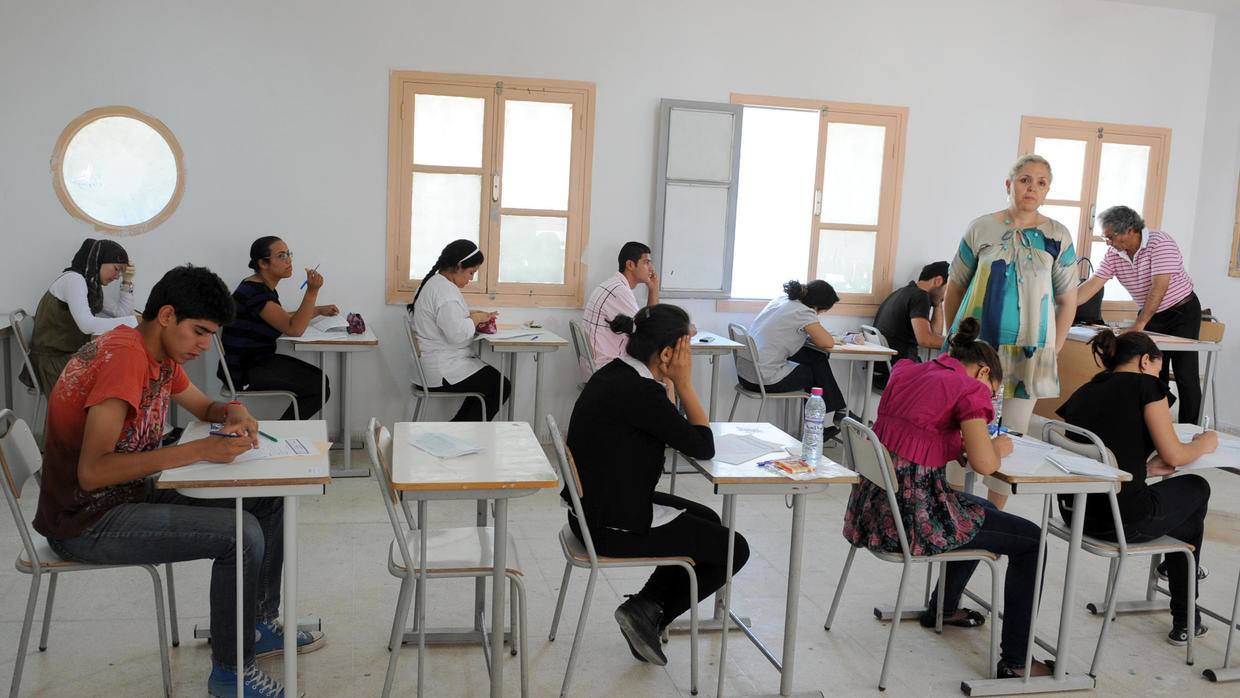 Tunisia’s announcement late last year that it would introduce sex education starting at the primary school level was welcomed as a trailblazer in the Arab world. But the implementation has faced challenges, from a watering down on subjects considered taboo to political turmoil.

Introducing sex education into the school curricula is rarely an easy task across the world. So, in December 2019, when Tunisian authorities announced they would introduce a sex education programme for primary and high school students, it was hailed as yet another example of the North African nation’s leading women’s rights in the Arab world.

The move marked the first time an Arab country would be introducing sex education to primary school students as young as five-year-olds. It would also make Tunisia the only Arab nation to provide sex education in schools after Lebanon scrapped its programme for 12-to-14-year-olds in 2000 over concerns it would “provoke perversions”.

After several years of studies, surveys and polls across the country, the programme introduction was finally triggered by sexual violence and harassment revelations that shook Tunisia. A March 2019 case of a paedophile teacher, who assaulted and raped 20 children in a village near the western city of Sfax, served as a wake-up call on the need for sex education.

In the aftermath of the case, Tunisian Education Minister Hatem Ben Salem stressed the need to raise awareness among children and promised to introduce sex education classes in schools.

The new programme was set to be launched in 12 areas around the capital, Tunis, by end-December, followed by a nationwide rollout as early as January 2020.

But the plan has been running behind schedule. “We are in the process of finalising the document before the experimental phase is launched in 13 regions,” Elhem Barboura, inspector general at the ministry of education, who is piloting the project, told FRANCE 24.

No trainers, no government

When asked about the reasons for the delay, consultants involved in the development of the project mentioned a staffing problem. “Everything is ready: the frame of reference has been drafted, the pedagogical tools printed, the objectives have been defined. But now we have to find the right trainers,” admitted Ines Derbel, vice-president in Tunis-based of the Tunisian Society of Clinical Sexology and a consultant who has been working on the programme for five years.

Part of the problem is also political. Tunisia is experiencing political turmoil, which could jeopardise the programme. The country has not had a government since the October general elections failed to produce an outright winner. Earlier this year, parliament rejected a new prime minister-designate amid a tussle for power between parties over political appointments.

A new prime minister, Elyes Fakhfakh, was then tasked with forming a government. But differences between the country’s president and the largest party in parliament, the moderate Islamist Ennahda, indicate that Fakhfakh faces an uphill battle to come up with a coalition government in Tunisia’s fragmented political landscape.

“We don’t know if the current education minister will stay on his role and he has been in charge of the sex education project since the beginning. At the moment, everything is on standby,” admitted Derbel, who hopes to have the courses up and running by the start of the 2020-2021 academic year, at the latest.

It’s not the only obstacle confronting the ambitious project. Convincing a broad spectrum of society across class, regional and ideological divides is another challenge. “Changes like that take time,” explained Derbel.

In January 2018, Yamina Zoghlami, an Ennahda party parliamentarian, electrified the country with a remarkable speech to parliament.

“There are young Tunisians who consider the body to be haram [forbidden in Islam]. The ministry of education is very outdated on this subject, young people must be taught scientific sex education so that they can protect themselves and others,” said the veiled mother of three children.

Yamina Zoghlami, Nahdha, a daring proposal: involve sexual education in school curricula to teach children how to protect themselves from sexual aggression, bravo

Convincing parents is another challenge in a country where sociological studies show sexual issues remain taboo and are difficult to address within families.

Tunisia has long been a trailblazer in women’s rights in the region, thanks to a large extent to the country’s first president, Habib Bourguiba. Just months after the country gained independence from France in March 1956, the
Tunisian lawyer-statesman promulgated a historic personal status code outlawing polygamy and granting women the right to divorce and vote.

But conservatism has also been on the rise in Tunisia following the 2011 Arab Spring uprising, with religious leaders becoming more influential as the state fails to address major economic problems, including soaring youth unemployment rates. “Over the past four to five years, we’ve been consulting Tunisians, from the north to the south of the country, training imams, talking to parents and children to see what the needs and demands are, and adapting them to Tunisian society,” said the clinical sexologist.

Moreover, the programme will not be an academic course by itself, but will be rolled into physical education and life and earth science (LES) courses in Arabic. This makes it less of a “sex education” course and more a lesson on the body, the biological differences between genders and an introduction to children’s rights, adapted to each age group. From the ages of 5-to-8 years old, children will study the notion of intimacy and prohibitions (who has the right to touch a child’s body or not). Older children in the 8-12 and 12-15 year brackets will be made aware of puberty and physiological changes.

Young people ‘want to try everything’

“A whole section of the programme is focused on protection: learning how to better protect yourself [from assault], how to say no, how to respect yourself and how to provide comprehensive sex education,” said sexologist Karim Chérif, who helped develop the programme. “We have a generation of young people who are not afraid, and want to try everything. Our role is to give them the tools they need to have a fulfilling and responsible sexual life,” says Chérif.

Other issues include tackling more “technical” subjects like sexual diseases, contraception and unwanted pregnancies. Abortions have been legal since 1965, when Tunisia became the first Muslim country to legalise abortions for women who had five or more children, within the first trimester and with the husband’s consent. In 1973, the law was liberalised to include any woman, without spousal consent.

These topics, Chérif explained, “can be addressed for older students. But above all, they are already being taught in high schools in Tunisia”.

Outside schools, Tunisia’s vigorous civil society is widely mobilised on sexual health issues. Workshops on sexual risks have been available for young people since the 1990s. “For years now, education sessions have been offered on risky behaviour, unwanted pregnancies and STD [sexually transmitted disease] prevention,” the National Office for Family and Population (ONFP) informed FRANCE 24.

But these workshops mostly reach young people in big cities. “By integrating sex education into the school curriculum, it will be accessible to everyone, from the north to the [more traditional] south, without socio-cultural disparities. It will be systematised and multidisciplinary,” says Chérif. When, that is, it’s finally taught in Tunisian schools.

This article has been adapted from the original in French.