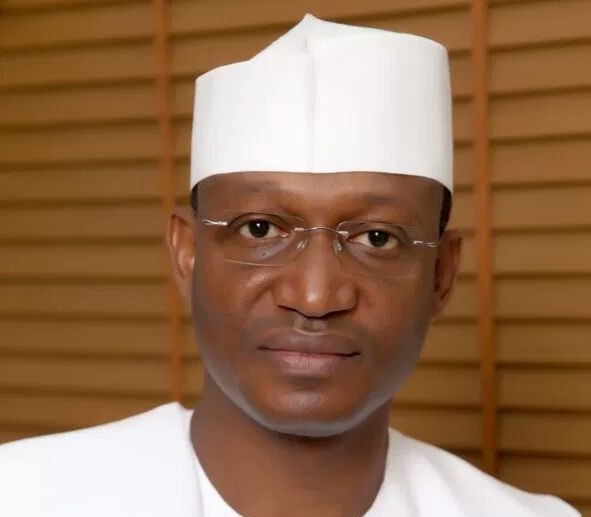 Muazu, Chairman, Muntazam Travel Agency, Kano, instituted the case in a suit marked: FHC/ABJ/CS/935/2019 filed on behalf of the plaintiff by a lawyer, Ibrahim Alhassan.

News Agency of Nigeria recalls that Muhammad and NAHCON’s Board members were, in May, granted six months’ tenure of office elongation by President Muhammadu Buhari at the expiration of their second and final tenure of office.

The Kano-based travel agency’s operator, who instituted the suit, prayed the court to declare as unlawful and unconstitutional the extension of tenure of office for the beneficiaries.

He urged the court to hold that the presidential action violated Section 171 of the 1999 and Section 5 of the National Hajj Commission FCT 2006.

Muazu, who is the Plaintiff, also sought court’s declaration that the continued stay in office of Muhammad “after the expiration of his second tenure of office is illegal, unlawful and unconstitutional.”

He asked the court to determine whether by the combine provisions of Section 171 of the Constitution of the Federal Republic of Nigeria 1999 (as amended) and Section 5(1) of the National Hajj Commission of Nigeria (Establishment) Act, 2006, the President has power to elongate the tenure of Muhammad beyond 2nd terms in the office.

In an 11-paragraph affidavit in support of the originating summon, the plaintiff averred that by Section 5 of the NAHCON Act 2006, Muhammad is to hold office as a member or chairman of the commission for two terms of four years each.

He claimed that Muhammad had previously served one tenure of four years as executive commissioner in charge of operations of the commission from 2011 to 2015.

Muazu claimed that former President Goodluck Jonathan had granted another four-year term to Muhammad in May 2015 and that the tenure finally lapsed on May 25.

Against the provisions of the law, the plaintiff asserted that the SGF, via a memo of March 26 to President Buhari, sought the extension of tenure of office for Muhammad.

The memo read: “The purpose of this memo is to keep Your Excellency appraised that the tenure of the current chairman and members of the National Hajj Commission will soon come to an end and to seek Your Excellency’s approval for tenure extension for six months. It will not be practicable to conclude the process of tenure renewal for the current team or the appointment of a new team.”

Muazu said in another memo of May 17 and signed by the SGF, the letter read: “I am pleased to inform you that Muhammadu Buhari, President, Federal Republic of Nigeria, has approved your appointment ‘as acting Chairman /member, National Hajj Commission of Nigeria, with effect from May 2, 2019.”

He argued that the president, acting on the memo, granted six months’ tenure elongation in breach of the clear provision of the law that established the commission.

The plaintiff averred that the action amounted to an unlawful interference in the administration and management of NAHCON and that the unlawful and unconstitutional stay in office of Muhammad has been affecting activities of his company.

He, therefore, prayed for an order of the court compelling Muhammad to vacate office immediately having overstayed lawful tenure of office as chairman of the commission.

Muazu also prayed for another order of the court directing President Buhari to appoint a fit and proper person to chair the commission in line with the provision of the NAHCON Act 2006.

NAN reports that although the matter was slated for hearing on Nov. 8, it was however put off due to official engaged of the Chief Judge, Justice John Tsoho, while a new date has yet to be communicated to parties in the matter. (NAN)