The Marikana massacre, an indelible stain for Cyril Ramaphosa 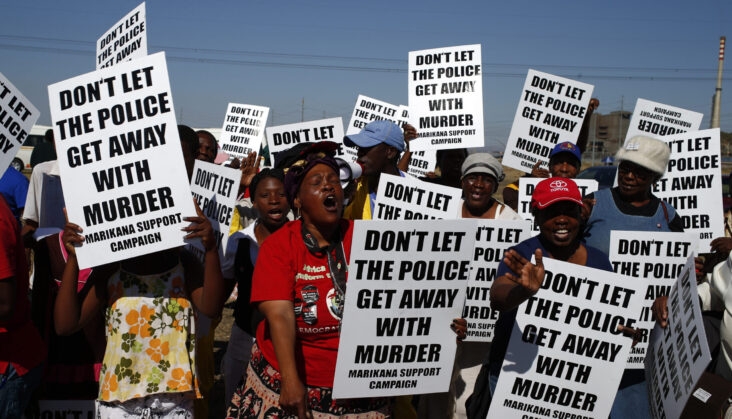 “Cyril Ramaphosa the bloodthirsty.” The Economic Freedom Fighters (EFF) party is not playing around when it comes to implicating the head of state in the Marikana massacre, ten years ago. The second largest South African opposition party has accused Ramaphosa of being responsible for the death of 34 miners who were striking to demand a pay rise on 16 August 2012. The then businessman was a non-executive director of Lonmin (now Sibanye-Stillwater), one of the world’s largest platinum mines, in North West province. A total of 44 people lost their lives in the industrial action.