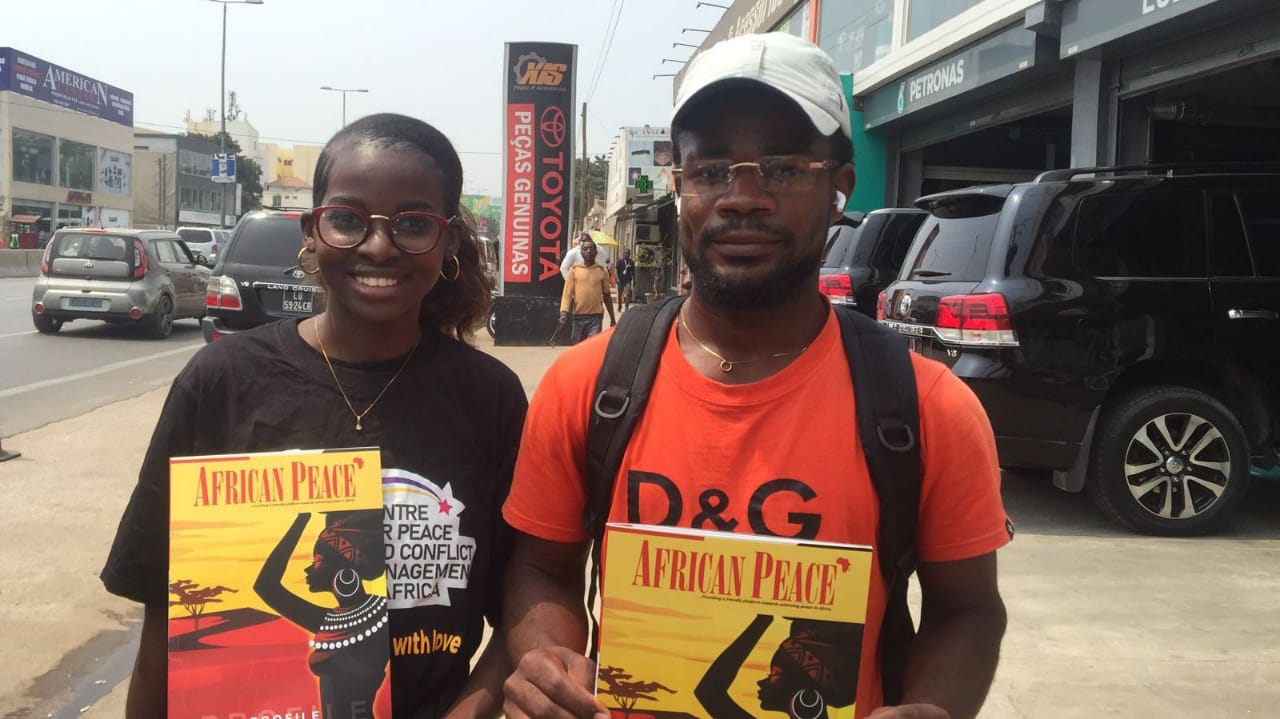 African Peace Magazine and its strategic partner, The Centre for Peace and Conflict Management in Africa welcomes the full accreditation of the organization to monitor and observe the 2022 Angolan General Elections.

The African Peace Magazine’s active participation in the elections will include on-the-spot live reports, massive interviews [Pre and Post-Election], to measure the confidence of the public towards the elections while collating the opinion of voters.

It is estimated that by 2050, Africa is projected to house more than 2.2 billion people, making up over half of the global population growth. Furthermore, more than 38.3 Million Africans would experience food extreme food shortage and crises.

One major way, however, to address this issue is via transparent, focused, and credible leadership. Elections are typically critical to the economic development and political stability of the country because they usher in new leaders. It is so vital because it is one of the core determinants of a peaceful state.

Noah Ajare, Editor-in-Chief of the African Peace Magazine has noted that globally, elections are critical to the socio-economic development of any nation. Media publicity before and after the elections goes a long way in ensuring the credibility, acceptability and international recognition true nature of the electoral processes. More importantly, media reports, if well managed can prevent post-election violence.

In Angola, campaigns for the Presidential and National Assembly elections 2022 started officially on the 24th of July 2022 and ended on the 20th of August 2022. However, the political landscape has been focused on the ruling party and the opposition party.

Like most African countries, Angola is emerging from the economic crises occasioned by COVID 19, and the fall in oil prices. And for many Angolans, this election is a defining moment that will shape the history of the oil-rich, southwestern African country. On August 24, Angolan political parties would face their tightest race ever in a general election. More than fourteen million registered voters are expected to participate in this year’s presidential and legislative elections in Angola.

Angola’s ruling party, the movimento Popular de Libertacao de Angola (MPLA), is currently taking lead, having been in power since Angola gained her independence in 1975 from Portugal.

Joao Lourenço, who is the incumbent President, has been commended for allowing more political opening than all his predecessors. Other innovative development credited to the President, Joao Lourenco includes allowing diaspora voting in more than 13 Countries, use of electronic voting, electronic transmission of results and several others.

The opposition is led by Adalberto Costa Junior, from the Uniao Nacional para a independencia Total de Angola (UNITA).

While the world watches keenly to see how the process would be managed, the incumbent has promised to deliver on Angolan dreams. However, there are many underlying questions— will the people give him another chance? Are the National Electoral Commission fully ready? These and more are what we’re yet to find out and African Peace Magazine UK is on ground to physically monitor the Elections and report the developments live from all the provinces and poll booths.

Meanwhile, in line with African Peace Magazine’s mandate of promoting peace through innovation, entrepreneurship, unity, and integration in the continent. The African Peace Magazine UK, in conjunction with her strategic partners, Rethink Africa Foundation, African Fact Checkers, Centre for peace and Conflict Management in Africa and African Right Watch is set to host the African Peace Award 2022 in London UK from the 11th to 12th November 2022.

The event is designed to host business, political, and diplomatic leaders. It is also set to have in attendance, policy makers and think-tanks on Africa and Africa related issues.

The African Peace awards 2022 seeks to honor persons, institutions, organization, governments and others whose laudible actions, and efforts have in one way or the other improved or contributed to peace keeping and conflict management in Africa as well as improving the lives of Africans.

The African Peace brand has noted Peace promotion and conflict management in any society alleviates uncertainly and risk which in turn promotes economic growth in any given community. It contributes to the economic growth of the community by increasing the productivity in capital and labour as well as good governance.

The African peace brand introduces its awards in the hopes of effecting change and promoting peace globally and specifically in Africa.

The Theme for the 2022 African Peace Award is Evolving a Sustainable Peace Architecture in a Changing World.

We also specially invite you to attend the International African Energy, Oil and Gas Summit 2022, with the theme Harnessing The Potential For Inclusive Energy Transition And A Sustainable Future, Scheduled to hold in Angola from the 22nd of October 2022.

As for oil reserves, Angola ranks fourth in the list of producers on the continent with the largest reserves. The country has an estimated reserve of 7.23 billion barrels, writes PetroAngola.