THE CRUDE INVASION OF CHIEF E.K.CLARK’S ABUJA HOME BY THE POLICE SIGNPOSTS TOTAL DESCENT INTO FASCISM 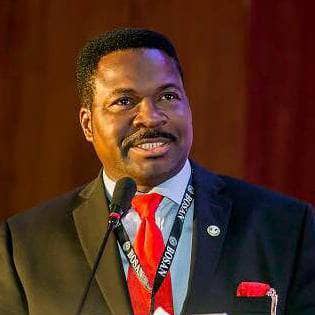 It is most appalling and highly condemnable,today’s crude invasion of the home of respected and highly venerated Elder statesman,Chief Edwin Kiagbodo Clark,by men of the Nigerian Police Force.I condemn it most unequivocally,with every fibre im my body.The Police were allegedly searching for catchment of arms and ammunition in Clark’s house.

It is simply abominable and of course,ironic,that a 92 year old nonegenerian and non violent icon of the Nigerian struggle,who midwifed the Pan-Niger Delta Organization(PANDEF),that has so far helped to quell the usual recurrent restiveness and arms struggle of Niger Delta militants,could be accused of stockpiling arms.

As was expected by reasonable rnembers of the society,not s single incriminating evidence was found after over two gruesome hours of search.In the process,the entire home of a distinguished nationalist,patriot,Senator and former Federal Commissioner(minister of) for Communication,was disrespectfully and shamelessly ransacked,with that of his absent wife and the female caretaker of the home.It is conceded that the Police can search the home of any Nigerian suspected of having committed an offence.

But,what arms could the Police be looking for in the serene abode of an old man who has NEVER been involved in violent activities other than the barely veiled advancement of a well choreographed act of intimidation,harassment and coercion of all voices of dissent against the obnoxious policies of this vindictive and clueless government?

Recall that on two occasions in the last one month,Chief Clark (Pandev),Prof Ango Abdullahi(Northern Elders Forum),Chief Ayo Adebanjo(Afenifere),Chief John Nnia Nwodo(President-General,Ohaneze Ndigbo) and leaders of the Middle Belt had met in Abuja,wherein they discussed the faltering contraption called Nigeria.

At those summits,they literally passed a vote of no confidence on the Buhari-led federal government,scored it abysmally low on all indices of governance,and actually gave him a red card,advising him to retire to his Daura home.

A local narrative has it that if the witch cried last night and the child died this morning,we sure know who killed the child.We are now in a dangerous era of untrammelled impunity where opposition elements,critics of government and dissenting voices are serially accused either of gun running,murders,treason,armed robbery,or other heinous crimes.

All these,towards the magical 2019.Decency has been thrown overboard.Human sanctity and dignity mean nothing to these implacable power mongers,irredentists and historical revisionists.Like the Bourbons of European history,they appear to have learnt nothing and forgotten nothing.

These hawks in government,using state coercive apparatchiks to settle political scores,cajole opposition and decimate critics of government,easily forget that it was on the crest of these same adjuncts and pillars of democracy that constituted the very pivot on which they rode to power in 2015.

The clouds of intolerance currently hovering over the horizon are frighteningly ominous.They signpost inexorable descent by this government into a Hobbesian of state of absolutism,totalitarianism,dictatorship if not fascism.Allow Chief E.K.Clark be,for God’s sake.