The African Child By OluwatoyinAladegbami 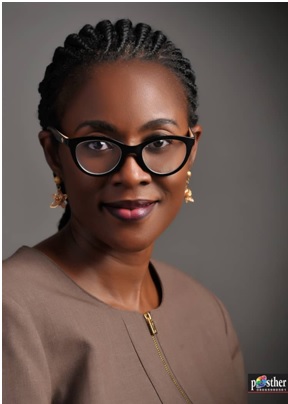 Over 400 million children are currently living on the African continent and the number is rising. The United Nations estimates that Africa’s population will double to 2.4 billion by 2050.[1]That’s one quarter of the world’s population. 40 percent of all children under the age of five would live in Africa in the middle of the 21st century, according to the prognosis.[2]

In some African countries, such as Uganda, Angola, Mali, Niger or the Democratic Republic of Congo, half of all inhabitants are still under 15 years old.

The African continent also has the highest number of malnourished people, at 24.8 percent. More than 30 percent of children in Africa suffer from the consequences of chronic malnutrition: physical and mental development disorders affect their daily lives. They are often too small for their age, suffer from heart disease, kidney damage, and have a very weak immune system that is very difficult to ward off diarrhea or pneumonia.

It goes without saying that every child has a right to all privileges including the right to survive and thrive in life. Children have a right to health, education, family life, play and recreation, an adequate standard of living, access to justice and to be protected from abuse and harm. Unfortunately this has not been the case, particularly in the continent of Africa. Physical and sexual violence, female genital mutilation, early child marriages, child pregnancies, child trafficking, lack of quality education are just some of the prevailing problems still affecting the African child in the 21st century[3].

Despite the millennium goal of reducing child mortality by two-thirds between 1990 and 2015, one child in the world still dies every five seconds. The child mortality rate is particularly high in the African states of Nigeria, Democratic Republic of the Congo and Sierra Leone. Sierra Leone is the country with the highest infant mortality rate ever: out of 1,000 live births, 185 children do not experience their fifth birthday. The five most common causes of early death for many children in Africa include pneumonia, diarrhea and malaria, and complications during pregnancy and childbirth.

Children in Africa are persecuted, recruited, injured and married. Hunger, poverty, violence and armed conflicts mean that millions of African children are fleeing – alone or with their families. War is raging in many countries of the African continent: millions of children are living in constant terror in the midst of terror and violence. In countries such as the Democratic Republic of the Congo, Chad, Somalia, Uganda or Sudan child soldiers are still recruited.

In the countries of western and northeastern Africa, girls are circumcised. Partial or total removal of the clitoris and labia minora is painful, life-threatening, and results in irreparable damage such as incontinence, infertility, or urinary tract infections. Infibulated girls and women feel strong pain during intercourse. Among the African countries where genital mutilation is widespread are Egypt, Somalia, Djibouti, Guinea, Mali, Sierra Leone and the north of Sudan.

Millions of African girls are also threatened with forced marriages in many states. The marriage of underage girls is a tradition in many African tribes. Girls in childhood are married as a so-called “child brides” of their parents to a usually much older man and get far too early own children. Many others are forced to child labour.

Children in Africa have to work instead of going to school. Primary education for all – this is the second of the UN Millennium Development Goals, which is unlikely to be achieved by 2023. Many children in Africa are excluded from school and contribute to the livelihood of their family instead.

Experts estimate that a total of 30 million children in sub-Saharan Africa do not attend school. 54 percent of them are girls. Today, many African children are trapped in a disempowering system of education.6 per cent of children leaving primary school cannot even read a primary two standard text properly[4]

Across the African continent, children are the most vulnerable[5]. They have been exposed to online sexual exploitation, radicalization and even recruitment into violent extremist groups. Children as young as 7 years have been forced into armed conflict as child soldiers[6]. According to the Coalition to Stop the Use of Child Soldiers, more than 120,000 children under 18 years of age have participated in armed conflicts across Africa over the years. The United Nations estimates there are thousands of child soldiers in Africa. In the Democratic Republic of Congo alone, about 30,000 of them are forced to serve armed groups as soldiers, sexual slaves, and labourers.

Surveys, researches and ethnographic studies conducted on groups like ISIS, al Shabab, Boko Haram, al Qaida, all point to the challenge of the innocence and vulnerability of children and youth as easy prey for such groups[7].

During the COVID-19 pandemic, the world witnessed a spike in the cases of Child abuse, recording some of the worst forms of abuse. These offences happen more often to the African child who is disadvantaged in many dimensions of human development[8].

The African child has a right to, and must acquire justice and equity. The future however is promising.

Governments are increasingly creating awareness on child rights and child protection and how to handle children’s cases. They are also giving access to opportunities for the African child so as to empower him or her in development.

In spite of the positive development, a child-friendly justice environment for all African children must be prioritized. We need a coordinated and collaborative approach from different actors including religious leaders, child-rights advocates, governments, non-governmental organizations, children and youth, and parents and caregivers. This multifaceted approach ensures coordination from the community to the national and international levels in promoting the rights and dignity of the child. When child-related cases are reported they need to be attended to within a child-friendly judicial environment and a sensitive criminal system. Children’s cases ought to be given priority in the justice system and handled in a humane way, and as speedily as possible[9].

At the community level we need to encourage families to identify and report any child violation cases so as to enhance accountability. Child abuse offenders, especially negligent parent and guardian similarly need to be tried for their crimes. This gives hope to the child that the system is there to protect him or her.