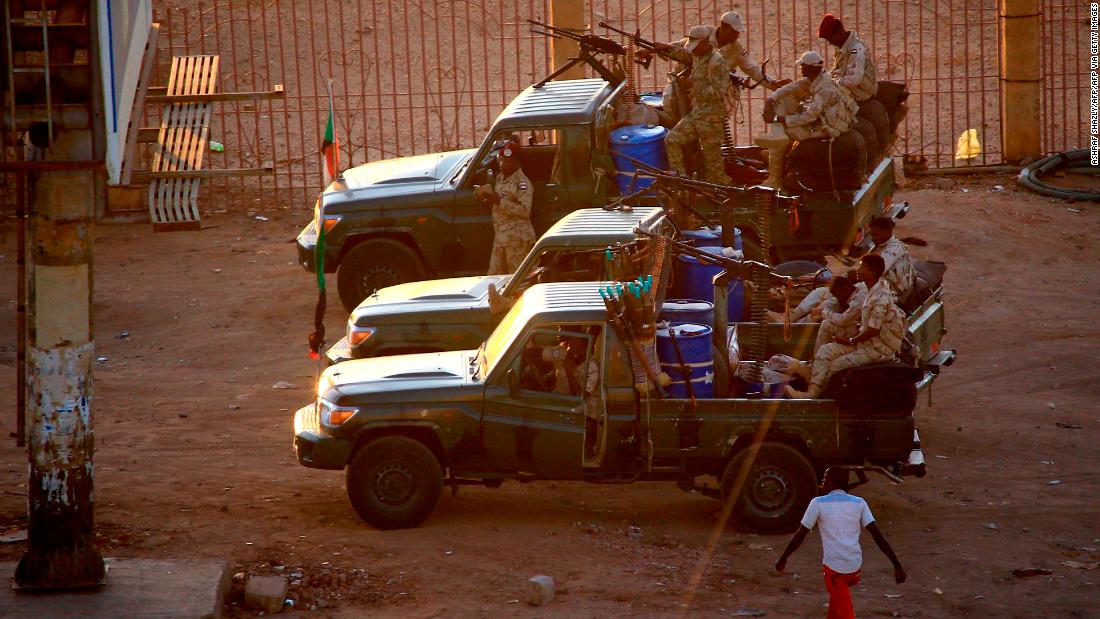 in a statement, Al-Burhan warned that the armed forces will confront any attempt to “destabilize security and stability and every attempt to abort revolution.”

Eyewitnesses in the Sudanese capital of Khartoum described to CNN “a terrifying day” on Tuesday after members of the Operations Authority of the Intelligence Service rebelled and took control of the service’s headquarters buildings around the capital, firing bullets in the air and blocking off streets.

Security forces made up of Rapid Support Forces (RSF) and the Sudanese army intervened and took control of the agency’s buildings.

Three people died in the unrest, according to the Central Committee of Sudan Doctors (CCSD.) A father and his two sons were killed during yesterday’s violence in the Soba suburb after a mortar fell on the house yesterday, the CCSD said. Two people were wounded and were admitted for treatment for bullet wounds early Wednesday.

“The armed forces and political forces … all stood together against this conspiracy against the Sudanese people’s revolution,” Al-Burhan said,

“We will not allow any coup against the legitimacy of the revolution” to take place in the country, he added.

Al-Burhan said all intelligence agency buildings were now under the control of the army, adding that “all the areas where there was tension have been returned to our control and the army managed to eliminate the insurgency with minimal losses.”

The general added that the air navigation movement at Khartoum Airport has returned to normal and assured residents that calm had been restored to the capital.

An Interpol red notice has already been issued for Gosh’s extradition to Sudan at the behest of the government.

Sudan is undergoing a three-year transitional period during which the country is headed by a sovereign council, with authority shared between military figures and civilians.
The sovereign council was formed last year following months of protests that led to the ouster in April of former president Omar al-Bashir, who had ruled the country for 30 years.