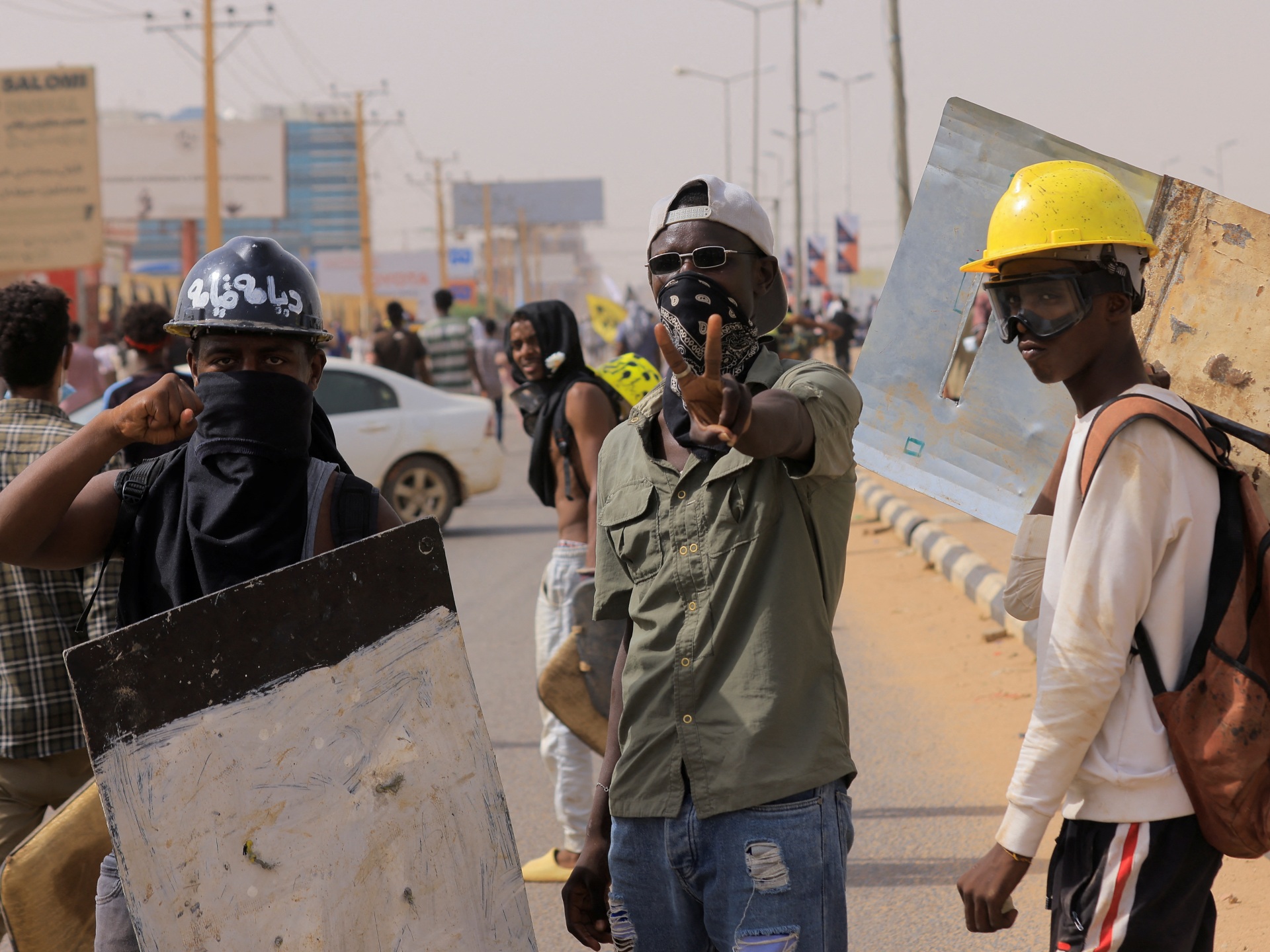 Central Committee of Sudanese Doctors says protester was killed after being hit by a tear gas cannister and runover by a vehicle belonging to security forces.

A Sudanese demonstrator was killed on Wednesday, medics said, as protesters marched towards the capital’s airport in the latest round of anti-military unrest that entered its tenth month.

The protester, whom the Central Committee of Sudanese Doctors said died after being hit in the head with a tear gas canister and run over by a vehicle belonging to security forces, became the 117th person to be killed in anti-coup rallies  – which have taken place near-weekly since the October 25 takeover led by army chief Abdel Fattah al-Burhan, the committee said.

More than 4,000 protesters blocked the capital’s main road with rocks and burning tyres as they marched towards the country’s main airport, a recent destination for protests that for months headed towards the presidential palace.

Police, heavily deployed in the area, fired tear gas about 1.5km (0.9 miles) away from the airport and chased protesters into side streets.

Sudan has been in political and economic turmoil since the coup which halted a transition to democracy. While military leaders, civilian political parties, armed groups and others have engaged in a series of discussions, none has been fruitful.

The resistance committees that have organised protests reject any negotiation or power-sharing with the military.

“We will be in the streets until we defeat the coup and win civilian democratic rule,” said Ahmed Taha, a 22-year-old university student.

International actors have been pushing for civilian and military leaders to negotiate a return to a democratic transition they had started after the 2019 overthrow of Sudan’s longtime leader Omar al-Bashir.