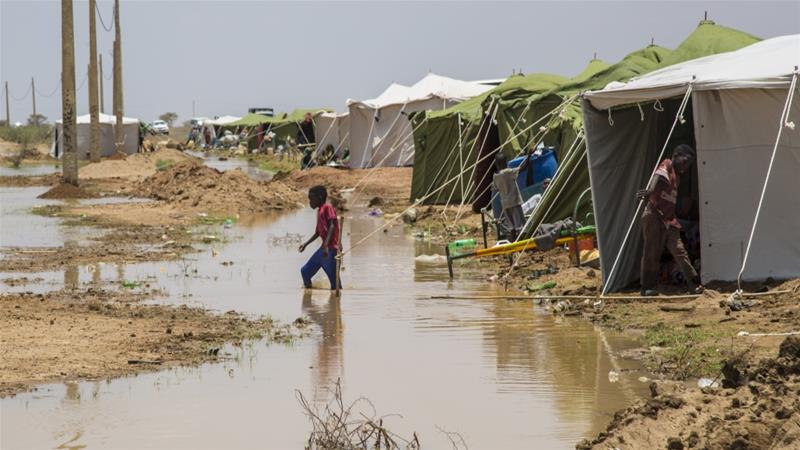 At least 65 people have died and more than 14,000 homes destroyed in Sudan floods.

More than 30,400 homes were damaged, and almost 700 cattle died due to the flooding, the Interior Ministry said in a statement late on Saturday.

Some 2,000 gold miners were trapped in two mines in eastern Gadarif state due to the bad weather, the Sudan News Agency reported.

The Horn of Africa nation through which the Nile river flows is in the midst of its rainy season, which lasts from June to October.

Sudan’s Khartoum, Blue Nile, and River Nile states are among the hardest-hit by the floods, while damage has also been reported in the Gezira, Gadarif, West Kordofan and South Darfur regions, according to the United Nations.

At least 14 schools have been damaged across the country, and more than 1,600 water sources have become contaminated or non-functional, according to the UN Office for the Coordination of Humanitarian Affairs in Sudan.

In Bout, Blue Nile province, a seasonal river burst its banks, further impacting an area where the collapse of the Bout Dam at the end of July already caused significant damage, driving the local population to rely on what surface water they can find. According to humanitarian sources on the ground, this trend combined with poor sanitation and open defecation is likely to increase the risk of disease outbreaks.

More heavy rainfall is expected in August and September in most parts of the country, Sudan’s meteorological authority has warned.

Flooding is common in Sudan, which suffers from poor infrastructure and lacks functional sewer systems and storm drains.