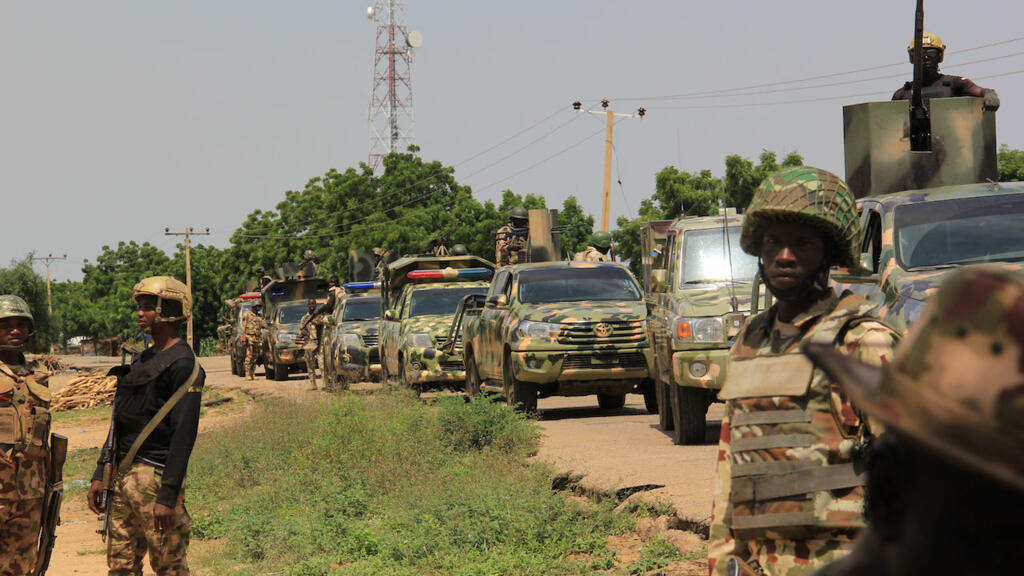 Jihadists reported to be linked to the Islamic State group killed dozens of people in the latest of a spate of bloody attacks in northeast Nigeria, local sources said Sunday.

Inhabitants of remote Goni Usmanti village told AFP that fighters gunned down 38 people in a raid on Saturday and set a truck ablaze killing an unknown number of passengers.

Separately, security sources and residents said the death toll from a second attack Saturday on the town of Monguno, 60 kilometres (40 miles) away, had risen to 15, including nine soldiers.

The killings are the latest in a spike of assaults by fighters believed to be from the Islamic State West Africa Province (ISWAP) faction after they massacred 81 people at a village in the area on Tuesday.

“The insurgents killed 38 people, including six vigilantes who put up a fight before they were overpowered,” local self-defence group leader Babakura Kolo said.

Resident Grema Nuwaisu gave the same toll and said the fighters had opened fire on a lorry loaded with traders, burning the vehicle and those inside.

“We don’t know how many people were on the lorry which was full,” Nuwaisu said.

“It was completely burnt, making it difficult to identify bodies. Only two passengers jumped off the truck and escaped.”

The same group of jihadists was then believed to have carried out an attack on the strategic garrison town of Monguno several hours later.

Security sources and residents on Sunday raised the death toll from that assault from six to 15 as more bodies were discovered.

“The number of those killed is now 15, including nine soldiers, a vigilante and five civilians,” said government-backed militia member Bukar Ari.

He said several residents wounded by “stray bullets and shrapnel” were being treated at a clinic run by an international charity.

Monguno—home to a key army base and tens of thousands of people displaced by the region’s decade-long insurgency—has been repeatedly targeted by jihadists.

Residents said the assailants torched a police station and government buildings before military jets launched air strikes against them.

The Nigerian military wrote on Twitter Sunday that the army and air force had “successfully repelled” the attack on Monguno and killed 20 jihadists.

It made no mention of any casualties among soldiers and civilians or of the attack on Goni Usmanti.

The 10-year conflict in northeast Nigeria has killed at least 36,000 people and forced two million from their homes.

The Nigerian authorities have repeatedly claimed the insurgency has been largely defeated.

ISWAP split from the Boko Haram jihadist group in 2016 and pledged allegiance to the Islamic State group.