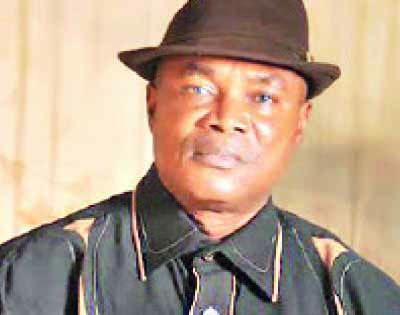 A member of House of Representatives Joseph Edionwele, has bagged the Ambrose Alli University (AAU) Pillar of Sports Award 2019 for his contributions to the development of sports in the area.

The award presented to the lawmaker representing Esan Central Federal Constituency in Edo, was introduced by the University management through an endowment fund to raise N500 million for the construction of mini stadium within the University premises for staff and students.

A statement signed and issued on Thursday by the Chairman, planning committee Prof. Oziegbe Aigbokhaevbolo and event Consultant Mr Moses Ebahor stated that Edionwele was honoured with the award going by his achievements as local government chairman.

“This award is to acknowledge RT Hon Joseph Edionwele for his contribution towards the advancement of the school as former local government chairman of Esan Central.

“He was able to curb security challenge in Ekpoma, and as a federal lawmaker he still contributes his quota to his constituency and Edo state.

“Furthermore, the mini stadium when completed will be used to engage the student and staff, and it is essentially to discover talents and promote social and national integration,” the statement quoted Aigbokhaevbolo as saying.

The statement also quoted Edionwele as acknowledging and appreciating the University for honouring him as ‘Icon of youth and sports development in Nigeria’.

Edionwele promised to support the construction of the mini stadium in Ambrose Alli University Ekpoma aimed at transforming sports and encouraging youth development in the area.

Chief Ken Imasuagbon, Proprietor of Pace Setters Schools, as well as Mr Brown Ebewele, former Edo Commissioner for Sports and Sen. Ifeanyi Ubah from Anambra are also among distinguished Nigerians that have received the award. (NAN)