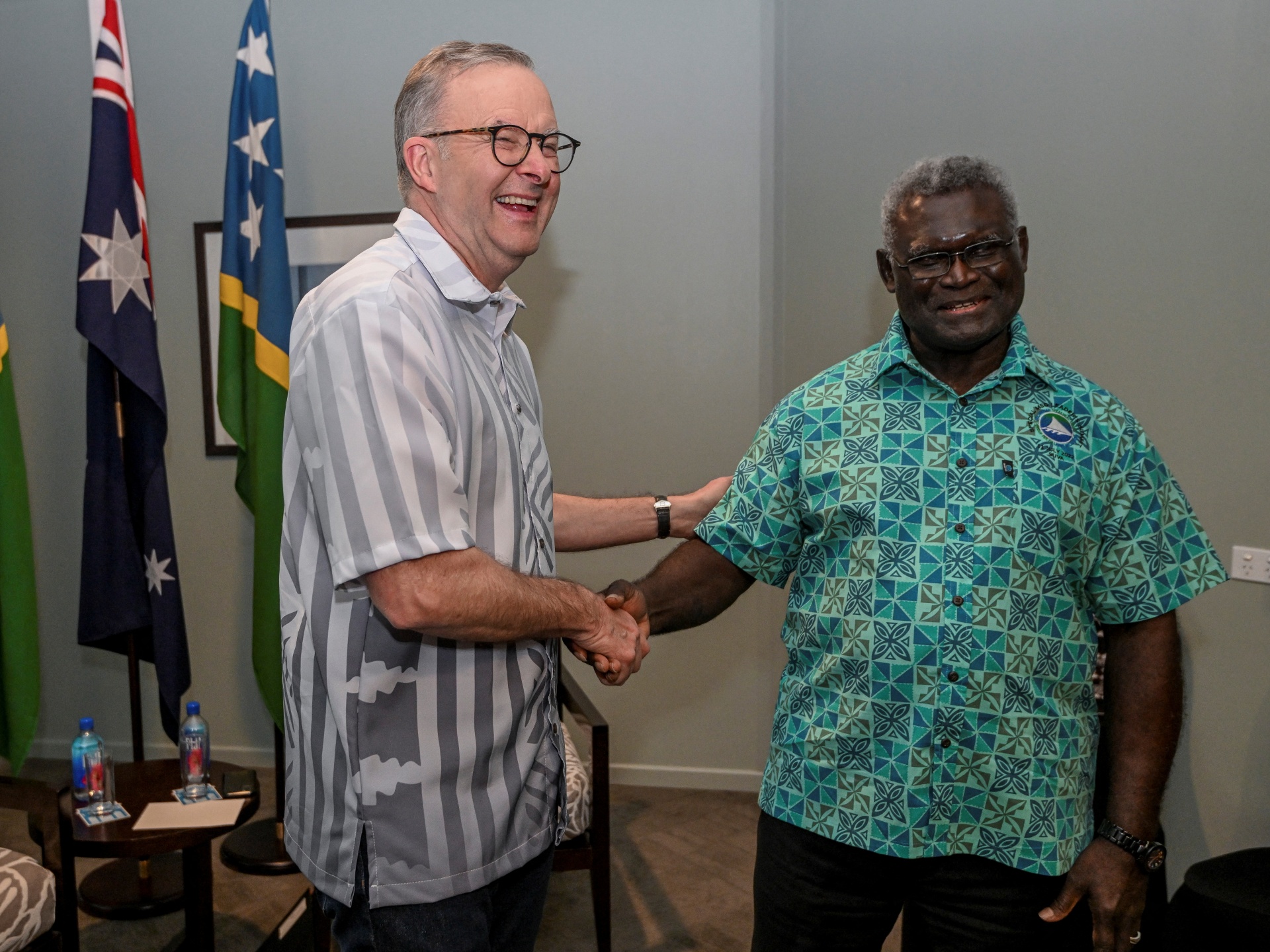 Government accused Australia of interfering in domestic affairs by offering to fund the islands’ 2023 elections.

The Solomon Islands has rejected an offer by Australia to finance the country’s upcoming election, saying the timing of the public release of the overture was “inappropriate” and accused Canberra of meddling in domestic affairs.

The Pacific island’s government said in a statement on Tuesday that it appreciated the offer from Australia, which followed Solomon’s Prime Minister Manasseh Sogavare statement that the Pacific island nation could not afford to fund the Pacific Games and an election in the same year.

However, the government took umbrage that the Australian proposal was made public while it “was in the process of replying” to Canberra.

The government also accused Australia of trying “to influence how members of parliament will vote” on new legislation that would delay the election by several months.

“This is an assault on our parliamentary democracy and is a direct interference by a foreign government into our domestic affairs,” it said.

Sogavare introduced legislation on Tuesday to change the constitution to allow a delay in the four-year election cycle. The next election is currently scheduled to be held on May 2023, although Sogavare has called for the poll to be moved to 2024.

Critics have accused the prime minister of trying to “bulldoze” democracy by rushing the legislation through parliament.

“It reflects our longstanding and historical commitment to supporting democracy and democratic processes in the Solomon Islands,” she said of the latest offer.

Tuesday’s back-and-forth tussle comes as the Solomon Islands has been the subject of a geopolitical tug of war, with Australia, New Zealand and the United States fearing increased influence from China after violent riots against Sogavare’s leadership broke out in the capital of Honiara last year.

In April, the Solomon Islands signed a security pact with Beijing that allowed China to deploy armed police to the impoverished country to help preserve “social order”.

Western allies worried the move could be a precursor to the construction of a Chinese military base in the Solomon Islands, although Sogavare has said that is not a possibility.

His office has threatened to ban or deport foreign reporters for “disrespectful and demeaning” coverage while saying some foreign media were trying to “engineer regime change”.

Last week, the country further raised eyebrows after suspending all naval visits, citing the need to review its approval process. It later announced Australia and New Zealand were exempt from the ban.