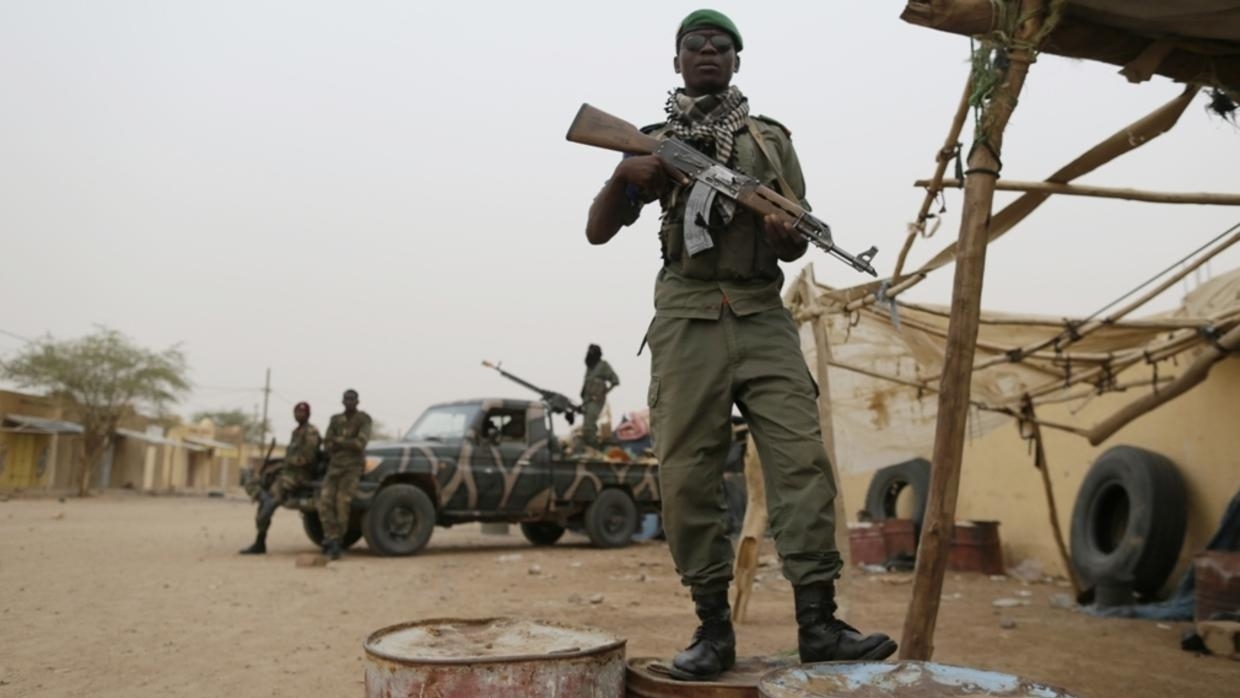 Nineteen soldiers were killed and five wounded in an attack on an army camp in central Mali before dawn on Sunday, an army spokesman and a local official told Reuters.

The identity of the attackers was not immediately clear. They entered the camp near the village of Sokolo at about 0500 GMT, opened fire, destroyed some structures and left soon after, said Balco Ba, a deputy administrator in the nearby town of Niono.

Army spokesman Dirran Kone said the camp was later under control, reinforcements were in place and a search was underway for the assailants. The Malian army’s official Twitter account said a Malian plane had been deployed to monitor the scene.

Islamist groups with links to al Qaeda and Islamic State operate in arid central and northern Mali and have used the area as a base from which to launch attacks on soldiers and civilians across neighbouring Burkina Faso, Niger and beyond.

Large areas of the Sahel, the band of scrubland south of the Sahara, have fallen out of the control of armies and police forces, vexing local governments and their international partners who have struggled to contain the spread of jihadist groups across West Africa.

Twenty-four Malian soldiers were killed and 29 wounded when militants attacked a patrol in northern Mali in November. Twenty people were wounded earlier this month in the north, including 18 U.N. peacekeepers from Chad, in a rocket attack on a military base for U.N., French and Malian forces.