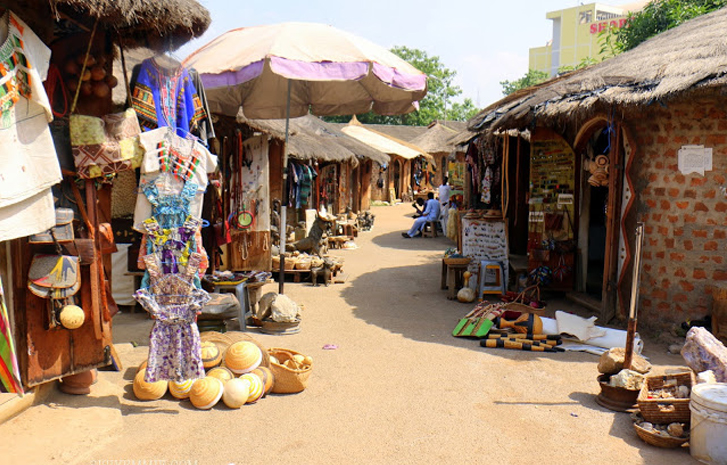 The African Arts and Culture Heritage Association (AACHA) has decried the continuous locking of Abuja Arts and Craft Village where indigenous arts and craft were being displayed and sold.

The group said this in a statement jointly signed by its President, Nze Chukwumezie, Secretary, Lawal Mohammed and Chairman, Board of Trustee, Mustapha Kidama, on Saturday in Abuja

The village used to be center of attraction to foreign nationals and Nigerians before it was locked up by National Council for Arts and Culture (NCAC) on the allegation that it harboured criminals.

AACHA however, said there were untrue stories why the village was locked.

It said if not for members of AACHA, the village would have gone the way of Yar’Adua Centre, Silver Bird Gallery, PTDF and others that were supposed to be cultural arcade in Abuja.

The group alleged that the lands that harboured  those institutions originally belonged to the Arts and Craft Village, Abuja.

“We were reliably informed that there was plan to demolish the African Huts adorning the village to build high rise structures.

“But, the plan was jettisoned. Instead we were forced to pay rent arrears after our shops were locked.

“On Dec. 15, 2017, our shops mysteriously got burnt after over 90 per cent of us paid into a private account we were forced to pay into, instead of the TSA of the Federal Government,”it stated.

According to the group, the village was in the dead of the night of  Feb. 10, 2018 locked and shop owners were denied access till today.

“This is killing the arts and craft industry in Abuja and Nigeria in general.

“Foreigners and other arts and culture enthusiasts normally patronise the village, but since it was locked two years ago, activities there have been paralysed and the foreigners in Abuja are now stranded.

“The village was never a den of criminals; we have collaborated with  security agencies to  ensure there is sanity,” it said.

The group  challenged people peddling rumors that guns, ‘weeds’ and stolen vehicles were recovered in the market to show the world their claims.

AACHA said it was regrettable that  instead of  some stakeholders to promote the arts and craft industry, they fabricated untrue stories to destroy it.

“Since the closure of our shops at the village, we have lost five of our member due to their having no means of livelihood any longer,” it said. (NAN)