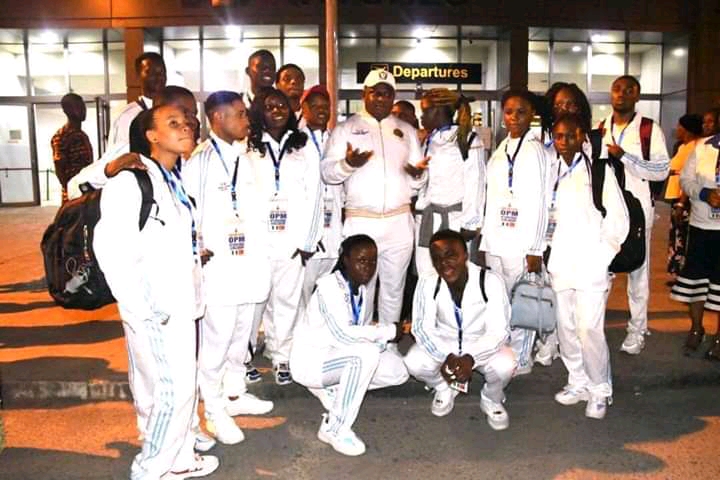 Sixteen beneficiaries of scholarships by a faith-based organisation, the Omega Power Ministry (OPM), have departed the country for Turkey to continue their university education.

Founder and General Overseer of OPM, Chibuzor Chinyere, disclosed this in an interview with News Agency of Nigeria (NAN) on Friday.

He said the students, who departed the country on Thursday night, came from less privileged families.

According to him, the beneficiaries have been enrolled with full scholarship; with feeding and accommodation, to study various degree courses in Kirklareli University in Turkey for a duration of four and five years.

“By the grace of God, I have been sending children abroad to study in the last 10 years; they go to Canada, Cyprus, U.S., South Africa and UK. But this time we sent them to Turkey.

“We have not sent them in bulk before, but now, we conducted exam for some students in Port Harcourt, Rivers and in Anambra, and some of them scaled through. So, we decided to sponsor their education.

“Those involved are those that finished secondary school, but have stayed at home for over five years because their parents had no money to send them to University.

“We are doing this because of the potential in these children, which will not only benefit the family but the entire nation. So, we cannot allow these potentials to be wasted.

“It was on this basis that we decided to select such people with good result that have finished secondary school, but cannot further to University level,” Chinyere said.

According to him, the examination was conducted for over 5,000 secondary school graduates to prove that the results they have belong to them.

He explained that about 200 people have so far benefited from the scholarship since the inception of the church and that they were funded by the tithes and offerings from church members.

“We took the best from less privileged families and disqualified those that also did well but from rich families.

“So, after the exam we made enquiries about every person that wrote the exam to know their background and we dropped those that their parents are well to do,” he said.