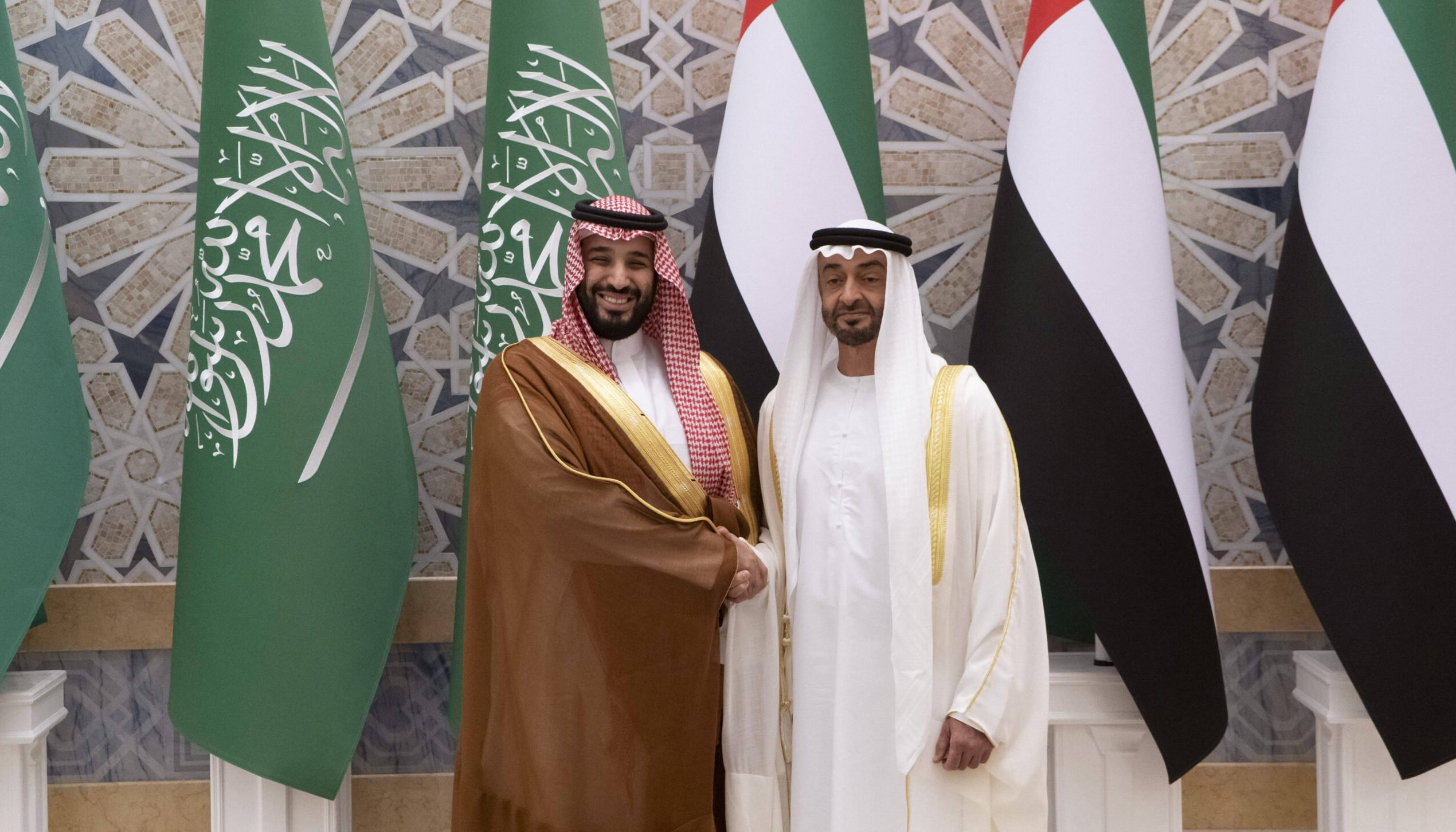 On 5 July, Opec+, a grouping consisting of OPEC and its allies led by Russia, had to cancel a meeting due to a lack of consensus on oil quotas between the United Arab Emirates and Saudi Arabia. Quotas would prevent the UAE from producing at its full capacity of 3.8 million barrels a day, but Riyadh is keen to limit production to boost crude prices. This is not a stand-alone incident but one more disagreement, adding to the list of many, between the two countries.

With Abu Dhabi and Dubai, the Emirates are both Sparta and Venice.

The alliance between the two countries was strengthened with Saudi Crown Prince Mohammed Ben Salman’s (MBS) rise to power in 2015. But ever since then, the two Gulf petro-monarchies have tended to go it alone or even to compete on a number of issues. In the deadly conflict in Yemen, initiated by Saudi Arabia, the UAE disengaged from the coalition to pursue their own interests.

It normalised relations with Israel but Riyadh did not follow suit. The Saudi line still advocates for a two-state solution as a condition for recognising Israel. On his part, MBS has ended the blockade of Qatar and moved closer to Turkey, much to the chagrin of UAE Crown Prince Mohammed Ben Zayed (MBZ).

MBS started in the shadow of MBZ

These differences are structural in origin, but also personal. MBS began his career in the shadow of MBZ, who promoted him to his powerful allies in Washington and accompanied him during his political ascension.

The two men are linked through friendship and a common vision for the Middle East. But MBZ retains the advantage of years of experience and intends to assert this. “MBS’s youth and lack of experience has allowed MBZ to influence Saudi policy to allow a reconfiguration of the region compatible with Emirati interests,” says Yasmine Farouk, an associate researcher at the Carnegie Centre.

The Emirates are fine strategists: even if they do not obtain a relaxation of the quota, they are sending a message about their rise to power.

MBZ has always had great military and diplomatic ambitions for the Emirates. Its alliance with the Gulf giant remains crucial to advance its interests. “Saudi Arabia, [due to] its size, power to influence the world oil price and status as the only Arab country belonging to the G20, remains the political heavyweight of the region,” says Bader Al-Saif, professor at Kuwait University. For UAE, it is therefore a solid ally with whom it is more comfortable to attempt risky manoeuvres.

On 5 June 2017, both Saudi Arabia and the UAE broke off diplomatic and trade relations with Qatar. The idea for this came from MBZ as Qatar was deemed too close to Iran and the Muslim Brotherhood. If Doha survives economically and gains diplomatic support, the blockade would be seen as a failure for Riyadh and Abu Dhabi.

With Abu Dhabi and Dubai, the Emirates are both Sparta and Venice

Led by Saudi Arabia, Libya and the Gulf countries showed their support for Khalifa Haftar, a former army officer who presented himself as a bulwark against the Islamists in the post-Gaddafi chaos. But, on the ground, the Emirates proved to be the most committed to the marshal’s fighters, who eventually faced difficulties in 2019. “The Saudis have been blamed a lot for the Emirates’ mistakes,” says Stéphane Lacroix, a professor at Sciences Po Paris.

If MBS has a tendency to follow MBZ’s actions, the reverse is not necessarily true. In Yemen, the Houthis represent a border threat for Saudi Arabia, but it is not the same for the Emirates. As a result of this, in the face of military failure and international outrage, the Emiratis withdrew from the Saudi coalition in 2019 to retain a presence only in areas of strategic interest to them, such as Socotra Island, Aden City and parts of the south.

“With Abu Dhabi and Dubai, the Emirates are both Sparta and Venice,” says Lacroix. “They have installed many military bases but also commercial outposts in East Africa, with Dubai building ports everywhere.”

Having been abandoned by its ally in Yemen, Saudi Arabia has initiated a reconciliation with Qatar, despite the reluctance of the Emirates. On 5 January 2021, MBS hosted the Al-Ula agreements, ending three and a half years of blockade. In April, Saudi Arabia began negotiations with Iran, five years after relations between the two countries broke down. In May, after years of tension, the Saudi foreign minister received his Turkish counterpart – whose regime close to the Muslim Brotherhood is hated by Abu Dhabi – in Riyadh.

“MBS is killing the father because he needs to assert himself, even if it means going against MBZ and what Saudi Arabia has done since he came to power,” says Lacroix. “This policy of Saudi openness aims to improve the image of MBS in the eyes of the United States, but it also reflects a need to assert itself, or to give priority to national interests, in opposition to the principle of alliance with the Emirates.”

While political differences are settled behind the scenes, economic rivalries are the subject of public statements. In February, Riyadh announced that from 2024, it would stop doing business with foreign companies whose regional headquarters are outside the kingdom. The Saudi capital is seeking to attract up to 500 multinationals.

This is a move clearly aimed at shifting the regional economic hub from Dubai to Riyadh. “The Saudis feel that they are not living up to their potential and that they can carry much more weight economically,” says Al-Saif. “In that sense, there is a growing desire to compete.”

In this respect, the Emirates are actually ahead of Saudi Arabia. With its sovereign wealth fund, Abu Dhabi has long been preparing for the post-oil era by diversifying its economy. It has been creating a financial hub with Dubai, which derives almost no income from oil. “The Emiratis have always had a vision, a reflection on the long-term transformation of their country,” says Farouk. “The Saudis are learning to do the same thing.”

The dissatisfaction with the quota policy expressed by Abu Dhabi in the Opec+, a field dominated by the Saudis, is part of this strategy. “The Emirates are fine strategists: even if they do not obtain a relaxation of the quota, they are sending a message about their rise to power,” Al-Saif explains. “The national interest comes first, and they will defy anyone who opposes them, intentionally or not, including Saudi Arabia.”

In a diplomatic move, before normalising the Emirates’ relations with Israel, MBZ built strong alliances with China, Russia and the West – including the US – where he was introduced to the top political circles.

“MBS is not in that ball park. He is still seen as having to prove himself and his image has been tarnished by the Khashoggi affair,” says Lacroix. Saudi Arabia does not enjoy the same degree of confidence as UAE on the international scene. This is a problem for the kingdom which is working to attract foreign investment and continue its economic diversification to prepare for the post-oil era.