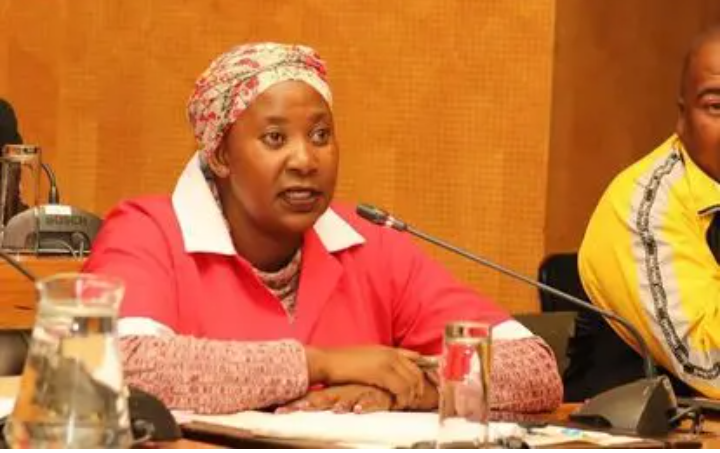 Metsimaholo’s new era didn’t last long: After less than 72 hours on the job, the first-ever EFF Mayor elected in South Africa has resigned.

Well, who saw that one coming? The EFF has confirmed that Selloane Motjeane, their first-ever elected mayor in this country, has resigned from her position of mayor in Metsimaholo, Free State – just three days after taking the job.

WHY HAS THE EFF MAYOR RESIGNED?

The bizarre situation was explained by Julius Malema during a media briefing. According to the EFF leader, the party decided to ask Motjeane to step down, because she had earned her mayoral position with votes from the ANC. The eight-year-old organisation dramatically withdrew its support for the ruling party last week.

Juju has taken a principled position, arguing that the Red Berets do not want a serving mayor who has been supported by the ANC. They’d much rather go their own way, and if needs be, the party plans to ask the DA to support Motjeane for re-election when the vote is held. But if that fails, there’s also a Plan B.

CHAOS IN METSIMAHOLO: NEW MAYOR WILL HAVE TO BE ELECTED

Should they fail to convince the DA to support the EFF candidate, Juju will instruct his comrades to vote for the DA’s choice instead. The barmy strategy is already turning heads, but the EFF is hellbent on keeping the ANC out of power:

“We have asked our mayor to resign with immediate effect. That’s ebcause she became mayor through votes from the ANC. We do not vote with the ANC, even if they want to vote with us. She was so happy, she told us that ANC people were already demanding illegal things from her, immediately after the election.”

“She remains our mayoral candidate in Metsimaholo. We will ask the DA to vote with us, but if they don’t want, we will side with them – we just don’t want the ANC in charge. So Selloane Motjeane has now officially resigned.”

EFF GAMBLE ‘BASED ON PRINCIPLES’

The EFF put in a respectable performance in this part of Free State, finishing with over 25% of the vote. However, they only came third in Metsimaholo, trailing behind the DA and the ANC respectively. With their 12 council seats, the far-left party was able to play itself into a position of power – but they’re now willing to risk it all…

MALEMA: We have asked for the mayor of the EFF in Metsimaholo to resign with immediate effect.

She was happy because she is saying ANC people were already asking for illegal things. #EFFPresser— Economic Freedom Fighters (@EFFSouthAfrica) November 25, 2021

Man accused of rape, murder of a 6-year-old in Limpopo to appear in court on Monday