Rwanda accuses a pastor’s daughter of treason and espionage 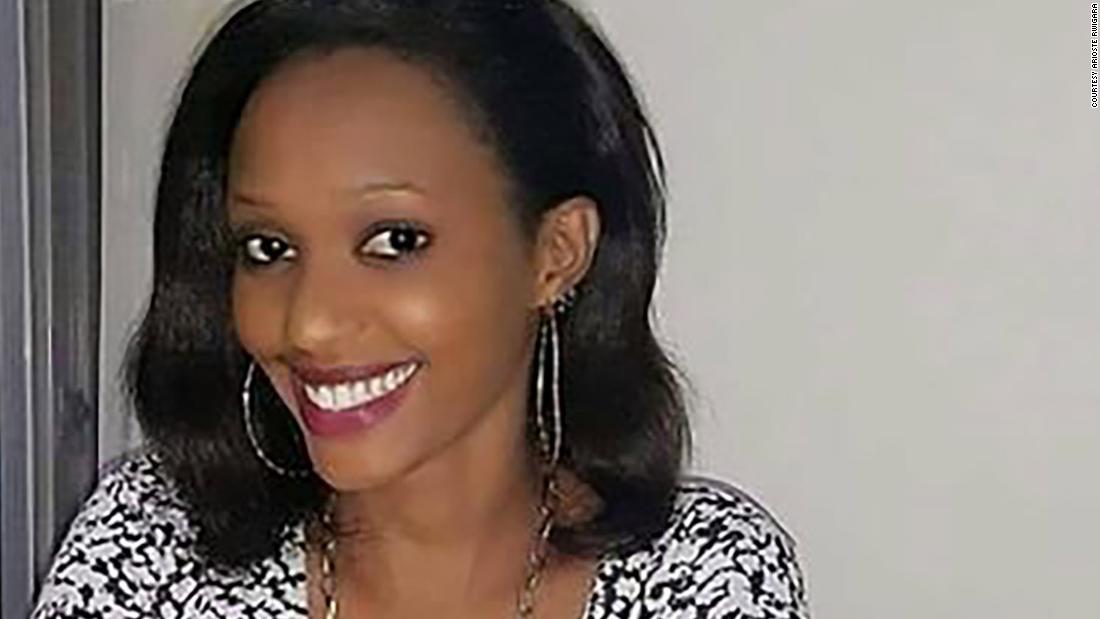 Despite the charges, Umuhoza has still so far not appeared before a court.

Umuhoza, 25, is one of many people perceived as opponents of President Paul Kagame’s government who have been abducted or disappeared.

“There are many cases in this country in which people are just kidnapped off the street by men dressed in civilian clothes, blindfolded, put in a tinted-windows vehicle, and driven off to unknown places,” activist Arioste Rwigara said. “Those victims either completely disappear, or are later found dead somewhere.”

Umuhoza’s father, Bishop Deo Nyirigira, was a prominent member of the ruling Rwandan Patriotic Front (RPF) party which took control of the country in the aftermath of the 1994 genocide in which nearly a million Tutsis were murdered by rival Hutus in three months.

His family says he became a target when he started to distance himself from politics and began setting up churches in the country. According to family members, Bishop Nyirigira was detained and interrogated several times by state security agencies over his political allegiance.

The bishop, who heads the Agape Community Churches in western Uganda, is accused of supporting a foreign-based rebel group –Rwanda National Congress (RNC)– which seeks to topple Kagame’s government.

His daughter Jackie Umuhoza was taken by security operatives on November 27 as she left a salon to cash money their father sent to her, according to her brother.

The family home was later raided by a team of up to 20 policemen who took away phones and laptops and detained two of her sisters. The sisters were kept overnight and interrogated about their father’s activities in Uganda, the family said.

Family members who have visited Umuhoza twice since her arrest three weeks ago said she was brought to the police station in a blindfold and handcuffs.

“She has been there for 21 days now and they take her to the station to meet my sister and her lawyer for just 10 minutes. Why is she being detained if she is still under investigation?” Ndasingwa told CNN.

Family members told CNN they now fear for her life.

Rwanda’s Investigation Bureau (RIB) is yet to respond to CNN’s request for comment regarding the allegations made by Umuhoza’s family.

A spokesman for the Rwanda’s National Police said the RIB was handling the case and declined to comment further.

Ndasingwa, who lives with their father in Uganda, told CNN that it is not the first time his sisters have been arrested. Since completing their studies and returning to Rwanda, they have been detained and asked to publicly denounce their father, he said.

One of his sisters, Axelle Umutesi Claudine, was arrested last year while traveling to Uganda. She was freed after spending the night in jail, Ndasingwa said.

Umuhoza, Claudine and their sister Lilian Umutoni and her young children were detained for more than a week in March 2018, their brother said.

“My sister was arrested with her two children. They were there for a week. Each time they are taken, the questions are always the same, ‘Why are you still talking to your father? How are you getting money to spend?’ ” Ndasingwa said.

Security forces also went to the family’s home in Kigali and took away their passports to stop them from leaving the country, Ndasingwa said.

“They said they will only give them their passport after our father has returned to Rwanda, They can’t visit us in Uganda or anywhere,” Ndasingwa told CNN.

The sisters have now been fired from their jobs following threats of sanctions against their employers, their brother said.

Rwigara, the activist, says she is among a growing number of Rwandans being persecuted by authorities who perceive them to be dissident.

“You don’t have to be involved in politics to be prosecuted. They only need to see you with an opposition member they don’t like, they come after you. Basically you are prosecuted and presumed guilty by association,” Rwigara told CNN.

CNN has contacted the Office of the President for a comment regarding these allegations but has yet to receive a response.

Rwigara’s sister, Diane, and mother were jailed when the former attempted to run for president in the same election as Kagame in 2017. Diane Rwigara was acquitted of all charges including insurrection and forging of documents last year.
Rwanda opposition leader Victoire Ingabire, the leader of the FDU-Inkingi party, was jailed in 2010 for charges that included collaborating with a terrorist organization, “divisionism,” “minimizing the genocide” and “genocide ideology.” She’d just returned from exile in the Netherlands to contest the presidential election.

Kagame went on to win the election with 93% of the vote.

Ingabire was initially handed an eight-year prison sentence that was extended to 15 years after the prosecution appealed. Ingabire was freed last year after eight years in jail as part of a presidential pardon that granted the release of more than 2,000 prisoners from Rwanda’s prisons.
Some members of her party are still in jail, some have disappeared and some have met violent ends.
In March, Ingabire’s assistant, Anselme Mutuyimana, was found dead in a forest in the country’s northwest region. He appeared to have died by strangulation, according to Human Rights Watch, which said there has been an “increase in suspicious deaths and disappearances” of FDU-Inkingi members in recent months.
Syldio Dusabumuremyi, the national coordinator of the (FDU)-Inkingi party, was fatally stabbed by unknown men at his workplace in the country’s east in September.
Following Dusabumuremyi’s murder, Human Rights Watch called on the United Nations in September where President Kagame was set to speak to address a meeting to demand “credible investigations” into the killings and disappearances of opposition members in Rwanda.

“On the international stage, Rwanda is a model of law and order, yet we are seeing a spate of violent and brazen attacks against opposition members go unpunished. The contrast is jarring,” Lewis Mudge, Central Africa director at Human Rights Watch, wrote at the time.

Kagame, a former senior military officer, came to power in Rwanda in 2000 and has been celebrated for his role in bringing an end to the bloody genocide.

The 62-year-old president, who regularly wins elections by a landslide, has been credited for the economic stability and transformation of the East African nation.

But support for Kagame’s leadership has waned in recent years as human rights groups accuse his government of using state security agents to crush political opponents.

Umuhoza’s family members say they have been traumatized by the frequent arrests and want an end to their “systematic harassment.”

“They have been fired and they only depend on what my father sends to support them financially. They have been denied movement or travel outside the country, they are practically being held in Rwanda,” Ndasingwa told CNN.