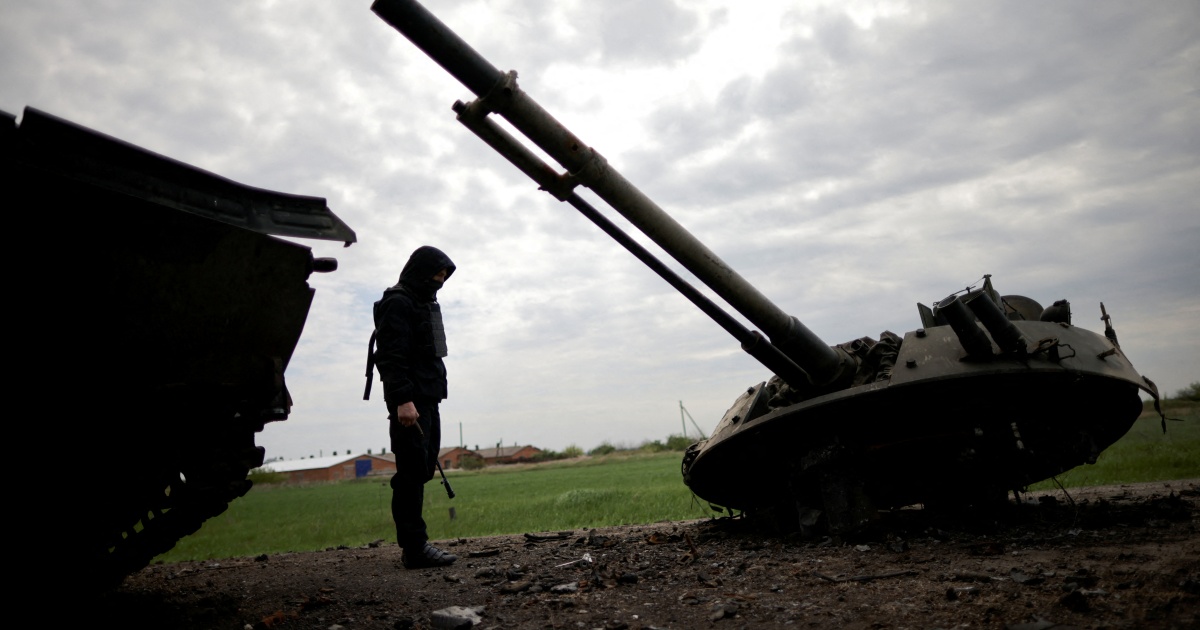 The British Foreign Office says Russia is using a troll factory to spread disinformation about the war in Ukraine on social media and target politicians across a number of countries including the United Kingdom and South Africa.

The foreign office cited UK-funded expert research, which it did not publish. It said the research exposed how the Kremlin’s disinformation campaign was designed to manipulate international public opinion of Russia’s invasion of Ukraine, boost support for it and recruit new sympathisers.

“We cannot allow the Kremlin and its shady troll farms to invade our online spaces with their lies about Putin’s illegal war,” Foreign Secretary Liz Truss said in a statement.

“The UK Government has alerted international partners and will continue to work closely with allies and media platforms to undermine Russian information operations.”

Can Europeans live without Russian gas?

The crisis between Russia and Europe, sparked by the war in Ukraine – has taken yet another turn.

This time Moscow has delivered on its promise to halt gas supplies to Bulgaria and Poland for not paying in Roubles, Russia’s currency. Though the action had been feared by some in the European Union, many had already predicted it.

But what are these alternatives? Find out in the latest episode of Inside Story.

Ibrahim Kalin, a spokesman for Turkey’s president, has pledged “great efforts” to end the conflict in Ukraine after a meeting with Zelenskyy.

“Continuing the Istanbul process, in particular, can play a key role in ending this war,” Kalin told Turkey’s Anadolu news agency. “We will continue to make great efforts to end the war from now on. Because there will be no winner in this war. Ukraine and Russia will lose.”

But the “continuation of conflict and attacks by Russia make the [negotiation] process more difficult”, he said.

Kalin added that he held extensive discussions on evacuating civilians, particularly those trapped in Mariupol.

Ukraine’s president has accused Russia of launching attacks on the Dnipropetrovsk region as well as the city of Odesa in the country’s south.

“Again and again, Russian troops prove that the people of Odesa are the same enemies for Russia as all other Ukrainians. The runway of Odesa airport was destroyed. We will, of course, rebuild it. But Odesa will never forget such Russian attitudes towards it,” Zelenskyy said in his nightly address.

He added that efforts were being made to “return normal life” in areas previous occupied by Russian forces.

Ukraine’s president says Russia had lost more than 23,000 soldiers in what he described as a “senseless war”.

Speaking in his night time video address, Zelenskyy said Ukraine had destroyed more than a thousand Russian tanks, almost 200 planes, and nearly two and a half thousand armoured vehicles during the conflict.

He added that “thousands more Russian soldiers will be killed and thousands wounded in the coming weeks.”

Moldova’s Foreign Minister Nicu Popescu has said the future of Europe rests on how the war in Ukrainian ends.

“I think the future of the entire continent rests on the capacity of Ukraine to maintain its political system, its country, its resilience,” Popescu told British broadcaster Sky News.

Moldova has been watching the conflict in Ukraine closely, particularly after a senior Russian military official said that Russian forces aim to take full control of southern Ukraine, saying such a move would also open a land corridor to the separatist region of Transnistria, where Russia has stationed troops.

Transnistria, a strip of land with about 470,000 people between Moldova and Ukraine, has been under the control of separatist authorities since a 1992 war with Moldova.

A well-known Russian ballerina is starting a new life in the Netherlands because of the war in Ukraine.

Olga Smirnova says she was so ashamed by the invasion that she quit the Bolshoi ballet in Moscow to dance in Amsterdam.

There were no immediate details about the content of Kalin’s meetings in Kyiv, but Ankara has been mediating between Ukraine and Russia in efforts to end the war.

Turkey is trying to pave the way for an Istanbul summit between Russian President Vladimir Putin and Zelenskyy.

“A Russian AN-30 propeller plane violated Swedish airspace on Friday evening,” the Swedish defence ministry said in a statement on Saturday evening, adding that its teams had followed the incident and photographed it.

The ministry said the plane was flying east of Bornholm, a Danish island in the Baltic, before it headed towards Swedish territory.

A group of 20 civilians have left the Azovstal steelworks, where the last Ukrainian troops are holed up in the Black Sea port of Mariupol, according to the Azov Battalion.

“Twenty civilians, women and children … have been transferred to a suitable place and we hope that they will be evacuated to Zaporizhzhia, on territory controlled by Ukraine,” said Sviatoslav Palamar, the Azov regiment’s deputy commander.

Earlier on Saturday, a correspondent from Russia’s TASS news agency reported from the city that 25 civilians – including six children younger than 14 – had left the site.

In a Telegram post, Ukraine’s Operational Command South said there was no way that the Odesa runway could be used as a result of the missile attack.

Odesa’s regional governor said that the missile was fired from Russian-occupied Crimea. Maksym Marchenko said there were no reports of any injuries.

Welcome to Al Jazeera’s continuing coverage of the war in Ukraine.