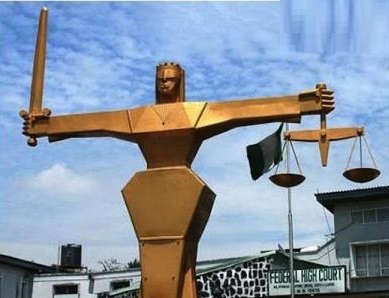 The Uyo High Court presided over by Justice Bassey Nkanang has dismissed a no-case submission filed by Professor Ignatius Uduk of the University of Uyo, praying for an order of Court to strike out the charge of electoral fraud leveled against him, for want of jurisdiction.

In a ruling on Thursday, Justice Nkanang dismissed the no-case submission, as “bereft of substance”.

The court also dismissed the notice of preliminary objection filed by Professor Uduk, who was a returning officer during the 2019 general elections in Akwa Ibom.

Justice Nkanang held that the Court has unfettered jurisdiction to determine the case.

The ruling came following the no-case submission which the accused person opted for, in March this year.

According to the Court, a holistic appraisal of the contents of exhibits which were all made by Professor Uduk, throws up a dire need for him to explain and clarify.

Justice Nkanang further held that the Independent National Electoral Commission has placed sufficient materials to warrant the don to be called upon to enter his defense.

Professor Uduk is being prosecuted by INEC on a three-count  of announcement and publication of false election results, punishable under Section one-two-three subsection four of the Electoral Act as amended, and perjury, which is contrary to Section one-one-nine of the Criminal Code Law, Laws of Akwa Ibom state.