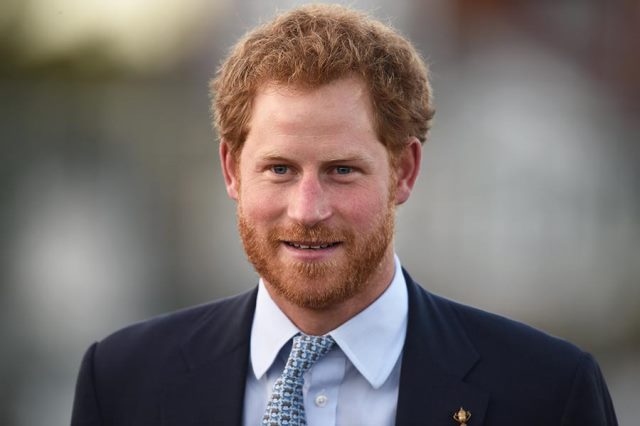 This happened the day after he spoke of his sadness that he would shortly be giving up royal duties.

Harry said on Sunday that there was no option but for him and his American wife Meghan to step back from their royal roles in a deal with his grandmother Queen Elizabeth and senior Windsors that would allow them a more independent future.

The new arrangement, which will see them split their time between Britain and North America where they will be mainly based, is due to come into effect in the Spring of this year.

In the meantime, Harry will continue with official duties and on Monday met the presidents of Malawi and Mozambique and the prime minister of Morocco at the African investment summit.

Buckingham Palace said that the prince, who visited Malawi and other African countries in October 2018 in what is set to be his last official overseas tour, has been heavily involved in causes in Africa for many years and his love for the continent was well-known.

His high-profile speech on Sunday was made at an event for Sentebale, a charity he co-founded which helps children affected by HIV in Africa.

At the summit, Johnson called for deeper investment ties between Britain and Africa, as part of a drive to develop trade ties after the UK leaves the EU at the end of the month.

Johnson called for Britain to be the “investment partner of choice” for Africa.

Buckingham Palace and the queen announced on Saturday that Harry and Meghan would no longer be working members of Britain’s monarchy, and no longer use their “Royal Highness” titles.

And also they would now pay their own way in life, freeing them to forge what they call a “progressive new role”.

The new arrangement was struck to end a crisis the couple sparked by announcing earlier this month they wanted to cut down on official engagements and spend more time in Canada and the U.S., while remaining active royals.

In a speech to the Sentebale charity on Sunday, a clearly upset Harry said that the final outcome was not what he and his American wife, a former actress, had wanted.

“Our hope was to continue serving the queen, the Commonwealth, and my military associations without public funding.

“Sadly that wasn’t possible,” the prince, the sixth-in-line to the throne, said.

“I’ve accepted this knowing it doesn’t change who I am, or how committed I am.

“But I hope that helps you understand what it had come to, that I would step back from all I have ever known to take a step forward into what I hope can be a more peaceful life.”

Under the arrangement, Harry will remain a prince and the couple will keep their titles of Duke and Duchess of Sussex as they begin a new life split between Britain and North America, where they will spend the majority of their time.

But they will not take part in any future ceremonial events or royal tours. (Reuters/NAN)