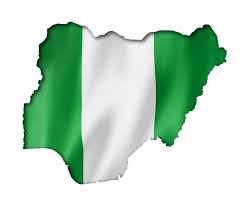 One common saying in international relations is that ‘no country can survive by itself’. There was much hype in the country following the revelation that the Nigerian Federal government bought cars as a gift to the Republic of Niger. This hype is understandable considering the economic situation on the ground in Nigeria. Because there was much hardship to the commoners, this gift is looked upon as a wasted investment. Thus, it is not.

Particularly considering what the federal government said the gift was; to help the Republic of Niger in provision of logistics in fight of banditry, kidnappers, and other similar sundry crimes.

When Nigeria went to (in the late 1980 to early 1990) Liberia and Sierra Leone, and established civilian administrations in these countries, as well as saving lives and properties, the whole international community was happy and hailing Nigeria. Our domestic public commentators were not left behind in celebrating Nigeria at that time. One cannot understand the logic of their celebration then.

Because instabilities in Liberia and Sierra Leone do not have much threat to Nigeria compared to Niger Republic which share a direct land border of more than 1,600 kilometers! Despite this, there are lots of people who see any gesture towards our northern neighbors as wastage! One writer even asked the appropriateness of helping the Niger Republic? While, if he has been living or even visiting Northwestern part of the country, he would have understood that. Particularly when the government categorically said that the vehicles are meant for Niger Republic security; to help Nigeria in the fight against banditry.

One pertinent issue with those maligning PMB and Nigerian state in general, are also the ones celebrating and hailing other nations when they dole out either financial support, materials and or other. Thus, why when Nigeria pays that gesture back to a fellow African nation these same people are hostile? Only them can explain in detail to the nation. For example, many Nigerians benefited and are benefitting from various scholarship schemes from the United Kingdom, United States, Japan, Korea, People’s Republic of China, Germany, and Russia, etc. Also, showing goodwill is humane. Also, almost all African cultures encourage that.

We also need to remember that this kind of gesture at the international arena, is important for a state to control over those countries receiving the gift/aid. This is what is called “soft power” in international relations. With aid to Niger Republic, Nigeria will restrengthen its lost position over its West African neighbors, which was lost since the demise of General Sani Abacha, precisely, in 1999 when the current Republic was enshrined. This aid and the “soft power” Nigeria used to control and command, was what we mostly remember with nostalgia which is no more.

One pertinent issue on all this Niger Republic vehicular brouhaha, was the collapse of the Nigerian cardinal foreign policy. Nigerian foreign policy used to be Africa centered, but that no more due to some reasons which nobody likes to explain. But whoever is paying attention to the conspiracy theories of insecurity in Northeastern and Northwestern parts of Nigeria, might be adding to the puzzle and or seeing the bigger picture of why. Because Nigeria. This brings one to the issue of leadership strategy. It was the military regimes that built Nigerian foreign policy and centered it towards Africa, not just for African solidarity, but for strategic reasons. If that foreign policy was maintained, the current insecurity the country is facing, particularly from the North, wouldn’t be with such magnitude.

Because most of these our neighbors are more than willing to do our jobs for us before we ever asked them at that time. The military regimes rely on that foreign policy knowing that either a state enemy or non-state actors willing to wage a guerrilla war on a state, must use that states’ neighbor(s) (particular the land border, where they come in execute their devilish act and return), this is exactly what is happening with Boko Haram, Banditry, Kidnappers etc. Even for a foreign state to act against another one, it needs the assistance of neighboring states to be attacked. Thus, the need for “soft power”.

The wailers of this gesture by PMB claimed that Nigeria wasted lots of money while the money is badly needed at home. These same wailers never complained when Nigeria spent millions of dollars in draining Nigeria of the little brains left for the country and sending them to other African and Caribbean countries in the name of “solidarity”. These wailers never utter a single word, rather, they keep praising the policy day and night because they are the beneficiary. Nigeria has a Directorate of Technical Aid Corp which it uses to send professionals to needy African and Caribbean countries of say Medical Doctors, Academics, secondary school teachers, primary school teachers, Agriculturist, etc. No one is complaining about this. This is a good apparatus for soft power Nigerian control and command among African nation states.

It is pertinent for the Nigerian state to reeducate its citizenry about its history. Understanding our history will help in addressing this kind of gesture. For example, most if not all the Federal Troops that participated in the Nigerian civil war knew what role the Niger Republic played. The Niger Republic provided troops to the Federal Troops as well as logistics. The records are there with the relevant governmental agencies for everyone to see. But because of the lack of teaching our history, most Nigerians, even the paper educated, did not know this aspect of our history.

Any country (especially rich countries) that failed to maintain a cordial relation with its neighbors, and provided positive aids to the neighbors, might find herself in political, economic, and or social quagmire that might end up being catastrophic. Thus, as Nigeria is richer than Niger, this kind of aid must be common from Nigeria, as well as been at the appropriate time not late like this one.