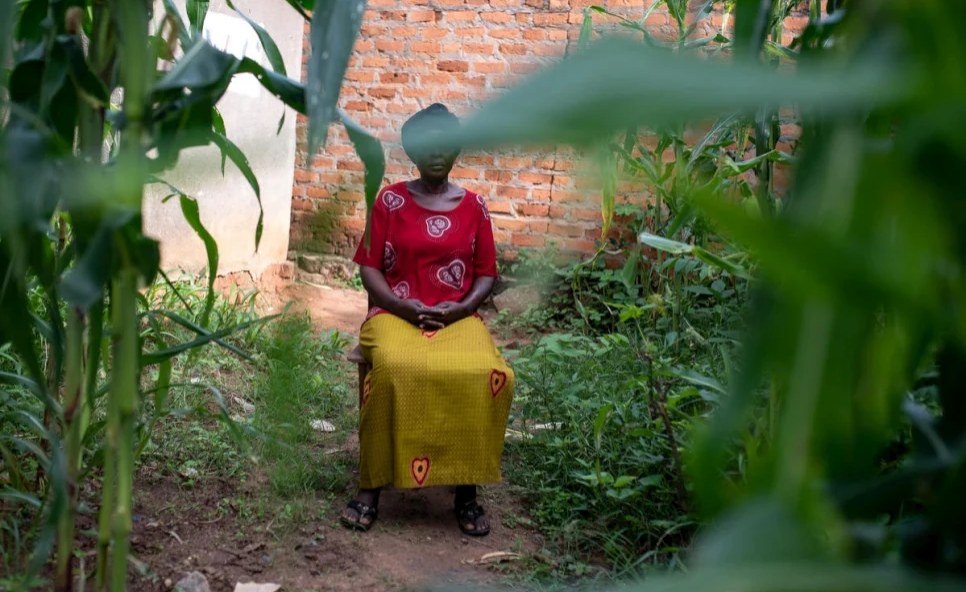 Johannesburg — A few weeks ago South Africans woke up to shocking reports of the men who gang raped 8 young women in West Village, west of Johannesburg, South Africa. They were attacked while filming a music video on a mine dump.

The gender-based violence in South Africa has shocked and enraged the country’s citizens, sparking marches LINK calling on leaders to take action. In 2019, post office worker Luyanda Botha raped and killed 19-year-old University of Cape Town student Uyinene Mrwetyana when she went to collect a parcel at a local post office in Cape Town. In another case Ntuthuko Shoba paid to have his girlfriend Tshegofatso Pule killed while she was 8 months pregnant.

The South African Police Service reports that there were 42,289 rapes reported in 2019/2020, as well as 7,749 sexual assaults. This translates into about 115 rapes a day. South Africa may be called the Rape Capital of the World, but the whole continent is grappling with violence against women. And some countries, like Lesotho, lack resources and crimes of this nature are under-reported.

More and more concerned citizens, including civil society and lobby groups, have taken to the street trying to force the government to take action, which prompted South African President Cyril Ramaphosa to speak out and promise harsher sentencing for gender-based violence offences.

To continue the conversation and seek solutions, women’s rights civil society organisations and networks in Africa gathered in Cape Town for a two-day forum on Eliminating Violence Against Women and Girls on the continent.

“The meeting is being held under the Spotlight Initiative programme, this is a partnership between the UN, European Union and the African Union Commission … that seeks to end violence against women and girls, including harmful practices and sexual and gender-based violence …  We have seen that there are many points at which we can tackle this problem and one of them is working more strategically with civil society organisations, women and feminist movements.

“What we have seen is that they do not have these platforms for regional engagement where they can meet at a regional level to discuss strategies and how to engage with the global policy environment or regional policy framework on how they can network .. become more visible and more concerted and how can we get the impact that we are looking for where for an example heads of states meet and discuss these issues,” said Lindiwe Ngwenya, programme specialist at UN Women.

According to UN Women, less than 40% of the women who experience violence seek help and in those countries with available data on GBV, among the women who do seek help, most look to family and friends and very few look to formal institutions, such as police and health services.

“We are sitting at number one in the SADC region when it comes to GBV prevalence. GBV has long been recognized as a wide-spread human rights violation in our country yet it still remains a stigma.  As She-Hive what we have seen is that our law enforcement officers still lack capacity to combat GBV. It is treated as a light matter. Patriarchal systems in Lesotho is one of the contributors to surging cases of GBV. Women are oppressed. Stigma is a huge problem, society says women must be submissive. There is lack of accountability on the men and societal minority status of women and there is a lot of economic dependency of women on men,” Harris said.

She also explained that the country’s legal system delays processing of GBV cases even though the country ranks number one in the SADC region. She said the government lacks the commitment to end the crisis – even in terms of allocating a budget to fight GBV. She said instead when Covid-19 spread all the funds were allocated to fighting the novel coronavirus pandemic instead.

UN Women reports that the Covid-19 pandemic exacerbated the GBV crisis worldwide. In Africa there were reports of abuse such as intimate partner violence, sexual harassment, child marriage, female genital mutilation (FGM), domestic and sexual abuse of women and girls.

Nwenya said that women know what they want to happen and what’s needed for governments and stakeholders to play their part and take action to support them.

“The unfortunate thing is that is happening right across the continent, the stories are becoming more gruesome by the day and I think the impunity is worrying. The issue now is how can we get that critical action that we need to really bring an end or to make a dent on this issue. We have been talking for such a long time. I think it is high time we held governments and other stakeholders to account. We keep getting solidarity, we get press releases, we get people declaring things but no one takes that critical step or critical action to make sure that such things don’t happen.

“We know what we want to happen, we need people who hold decision making positions to make sure that certain things happen at national, regional, continental  and even global level. We have reached a level where this has become a global emergency and we really need to take critical action and who better to speak about it than women’s movements,” she said.

Nwenya, who is also a Legal Officer at the African Commission on Human and Peoples’ Rights, said there has been progress as several high profile meetings that have been held by regional bodies including the AU’s historic Men’s Conference on Positive Masculinity that was held in Kinshasa in partnership with the African Women Leaders Network (AWLN). Out of that meeting the Kinshasa Declaration and a call for action was signed to encourage African Union heads of state to promote positive masculinity and end violence against women and girls in the continent.

In Lesotho, Harris is optimistic that things will change as she said there are now NGOs and CSOs, local and international ones that are coming in the country to help facilitate GBV prevention measure and to assist the government. She said the ministry of gender is putting in an effort in working with CSOs to deal with the crisis especially the Gender Protection Unit which has a mandate to work towards supporting CSOs in trying to combat GBV.

Coming to the summit, Harris said she hoped that cracks that were widened by the Covid-19 pandemic and the climate crisis would be address and that She-Hive would find solutions and learn ways to collect reliable data collection to assist the country in combating GBV.