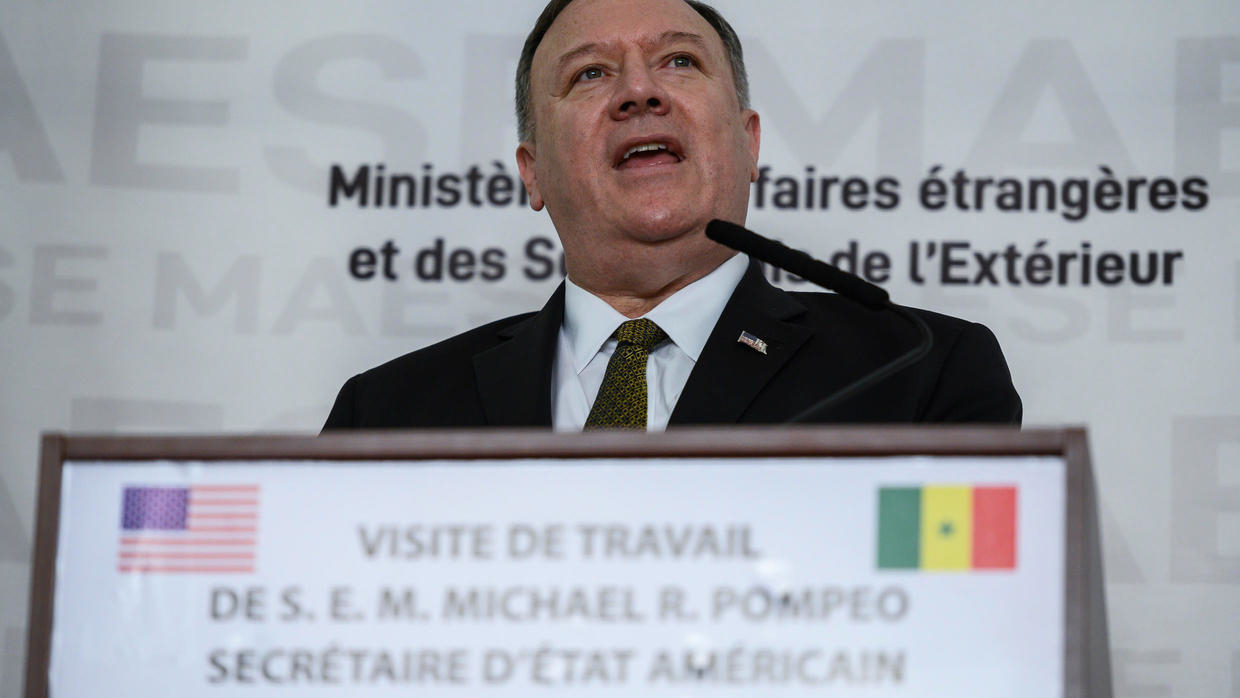 Secretary of State Mike Pompeo said Sunday that the United States favoured a “collective” approach with its allies when deciding on troop numbers deployed in Africa against jihadist insurgents.

Pompeo said he had no specific announcement to make about any cuts in US troops deployed against jihadist groups in the Sahel region of Africa.

But he said the US would work closely with Senegalese and other forces in the region as well asits European partners, especially France.

“We have an obligation to get security right here, in the region, it’s what will permit economic growth and we’re determined to do that,” he said.

“When our review is done we’ll have a conversation with not just Senegal but all the countries in the region, we’ll talk through why we’re doing what we’re doing and we’ll deliver an outcome that works for all of us.”

Senegal Foreign Minister Amadou Ba said that the United States had informed his government of its “wish to withdraw combat troops”.

This, he said, would still leave an American military presence, notably in the areas of training and intelligence.
But he also insisted that Washington remained a crucial ally in the fight against jihadist violence that has plagued the Sahel.

“More than ever, Africa is faced with major challenges linked to insecurity and terrorism,” Ba said.
“It needs the United States of America as a strategic ally for a definitive return to peace and stability.”