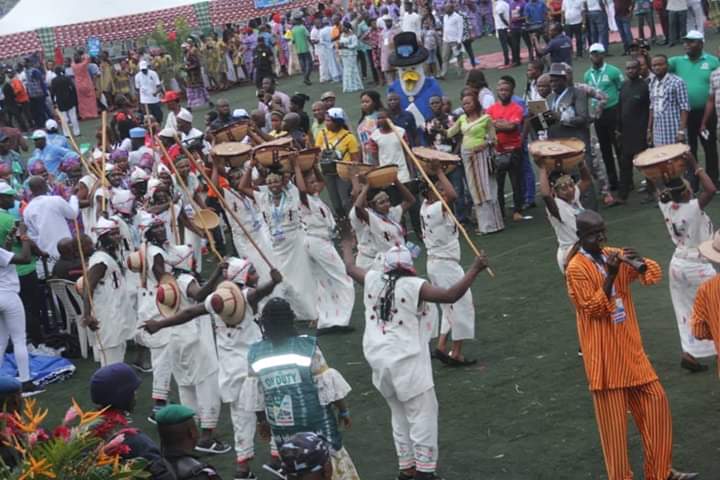 Plateau State has been announced as the host of the 33rd edition of the National Festival of Arts and Culture (NAFEST), in 2020.

This was announced by Chief Olusegun Runsewe, Director-General, National Council for Arts and Culture (NCAC), on Saturday in Benin, at the end of the 32nd edition of the festival, tagged ‘Edo 2019’.

The News Agency of Nigeria (NAN) reports that this year’s edition of the festival climaxed with musical, comedy and choral performances by both local and international performers.

NAN also reports that a total of 30 states participated in the weeklong festival, which held in four centres across Benin, the capital city of Edo.

The host governor, Mr Godwin Obaseki, represented by his deputy, Mr Philip Shaibu, was among the dignitaries who graced the closing ceremony of the 40-year-old cultural fiesta.

Some members of the National Assembly (NASS) such as Sen. Francis Alimekhena, Mr Omoregie Ogbeide-Ihama, Chairman, House of Representatives Committee on Arts, Culture and Tourism and Sergius Ogun were also in attendance.

NAN reports that ‘Edo 2019’, with the theme: “Our Royalty, Our Pride”, marked the first time the state would be hosting the festival.

With this edition producing the most number of participating states in the history of NAFEST, Mr Osemwengie Ero, the state Commissioner for Art, Culture and Diaspora Affairs, described the feat as historic.

While commending the success of the event, Ero said, “this will definitely not be the last time Edo will be hosting the festival.” (NAN)