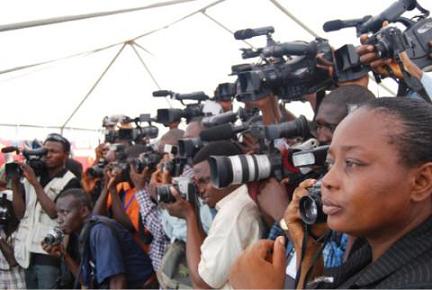 The Nigerian Guild of  Investigative Journalists (NGIJ) says the defeat of Peoples Democratic Party (PDP) by All Progressives Congress (APC) in the Nov.16 governorship elections in Bayelsa has further confirmed its findings prior to the polls.

NGIJ made this known in a statement issued on Tuesday by the Public Relations Officer of the Guild, Adeyemi Obadimu.

Obadimu said that the highest number of respondents to the guild’s questionnaire on assessment of the Seriake Dickson administration in Bayelsa state hinted that they would vote for the APC during the governorship election.

“4,140 out of 9,322 respondents representing 44.4 per cent indicated their readiness to vote APC during the Bayelsa Governance Assessment tour in September 2019.

“We administered 10,000 questionnaire during our governance assessment tour to Bayelsa in fulfilling the guild’s mandate of rooting for the truth and 9,322 respondents returned their questionnaire.

According to Obadimu, one of the questions in the questionnaire was: Which party do you think will win the forthcoming governorship election in Bayelsa State?

“The 4,140 respondents tipped APC which is currently the main opposition party in Bayelsa to win the Nov. 16, 2019 governorship election while 3,972 respondents 42.6 per cent felt the ruling Peoples Democratic party (PDP) would win.

“Another 1,210 was rooting for other political parties participating in the poll.

“Therefore, the result of the Bayelsa governorship election declared by the Independent National Electoral Commission (INEC) on Nov. 17, 2019 confirmed NGIJ findings in Bayelsa,” he added.

He, however, said that the overall findings of the guild’s assessment of Gov. Dickson’s administration through inferences from the questionnaire and interactions with different stakeholders revealed that PDP government improved on education, health and security.

The stakeholders added that power supply and rural development were still suffering due to lack of attention from the state government.

The guild, however, advised all political office holders to focus more on people-oriented programmes and projects and be transparent in discharging their responsibilities.

It also noted that transparency and trustworthiness were the key components of leadership that engendered trust between the government and the governed.

Obadimu emphasised that leaders who failed to fulfil their electoral promises quickly lost loyalty and support of their followers, urging politicians to remember always that power belonged to the people. (NAN)