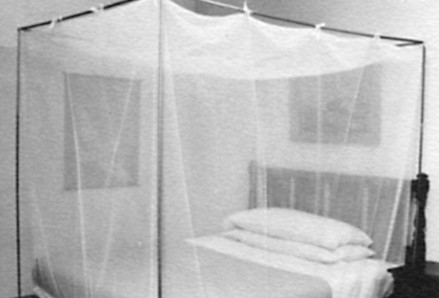 By Rita Iliya
No fewer than 6.7 million residents across the 25 local government areas of Niger state benefited from the distribution of Long Lasting Insecticidal (LLIN) nets replacement campaign in the state.

Mr Christopher Dangana, Programme Manager, Society for Family Health (SFH), disclosed this during the state Debriefing in Minna on Tuesday.

News Agency of Nigeria (NAN) reports that the nets were distributed by SFH in collaboration with Niger state government and other global partners at the cost of over N3 billion.

Dangana explained that a total of 3,590,605 nets cards were distributed to beneficiaries as against the 3,478,812 planned during the micro planning representing 103.2 per cent mobilisation rate.

He added that 3,507,890 nets cards out of 3,590,606 issued to household during the household mobilisation were exchanged for the LLINs by beneficiaries representing 97.70 per cent redemption rate.

“According to the national strategy, LLINs were issued to household at one net for every two persons with a maximum of four nets per household,” he said.

Dangana said that 17,269 personnel were trained and engaged for the LLINs replacement campaign across the various local government areas of the state.

He, however, described the LLINs replacement campaign as “successful and disclosed that continuous security threat prevented effective monitoring in some wards in Shiroro, Munya, Rafi and Mariga local government areas”.

He advised the beneficiaries to use the nets judiciously and ensure they sleep inside the net every night.

In his remarks, Dr Maku Sidi, the state Commissioner for Health, expressed optimism with the success of the LLINs replacement campaign in the state and the use of technology during the exercise.

“I am satisfied with the whole process compared to that of 2014 and this is because of the injection of use of technology which gave us a better outcome as there was no cases of theft; everything has been accounted for,” he said.

Sidi, who was represented by Dr Joseph Kolo, Permanent Secretary in the Ministry, advised the beneficiaries to always sleep inside the nets so as to fight malaria.