Parties due to meet in latest DR Congo peace talks 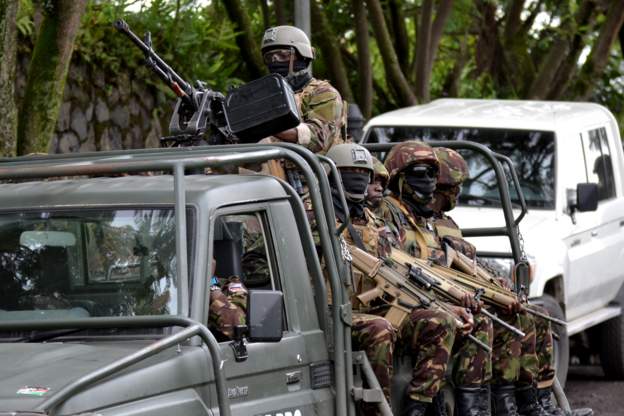 Talks aimed at bringing peace to eastern Democratic Republic of Congo are set to begin on Monday in Kenya’s capital, Nairobi.

Leaders from the regional bloc, the East African Community, will try to broker the third round of talks aimed at accelerating ongoing regional efforts to attain sustainable peace.

The meeting comes just days after regional leaders agreed on a ceasefire following talks in Angola.

This is the latest attempt to find a lasting solution to the conflict in eastern DR Congo – home to dozens of armed militia groups including the M23.

The Congolese army will resume talks with armed groups under a process mediated by Kenya’s former President Uhuru Kenyatta.

The M23 group that has been fighting the military will not be part of the Nairobi talks.

The Congolese government has refused to engage M23 until they stop their offensive and vacate areas they have seized in recent months.

Kenya and Burundi have deployed troops to eastern DR Congo under a regional force seeking to help the military quell violence in the mineral-rich region.