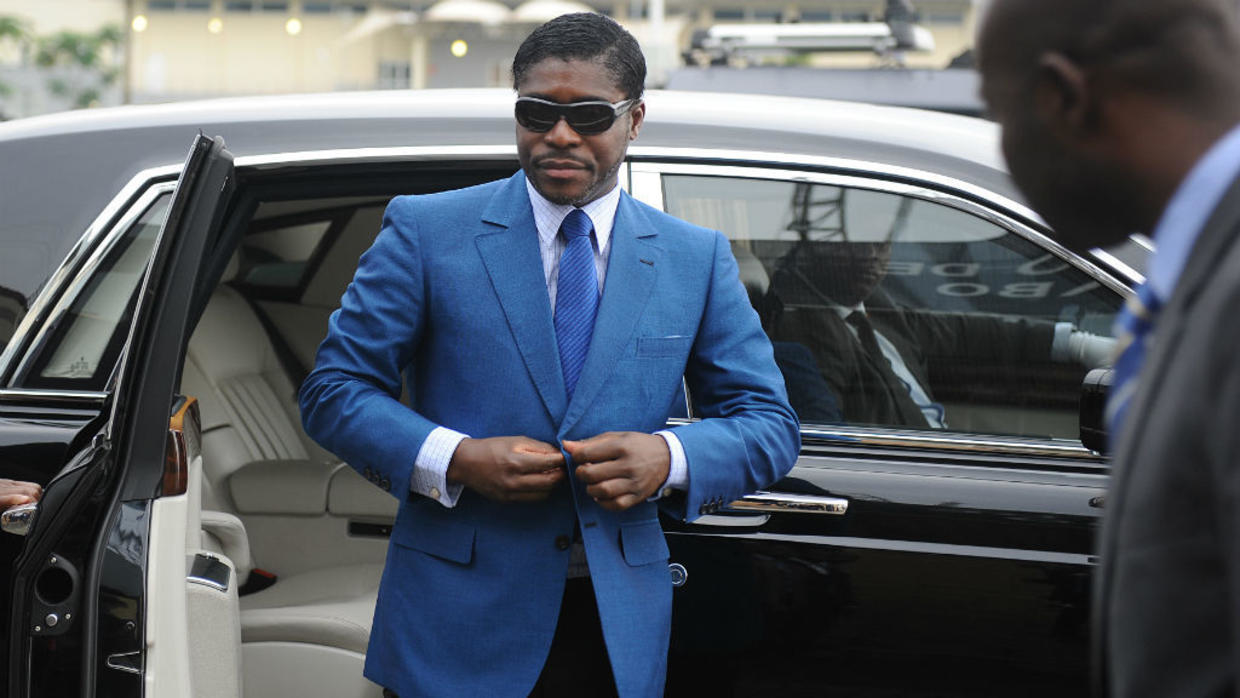 The son of Equatorial Guinea’s leader was handed a 30-million-euro fine by a Paris court Monday on top of a suspended jail term for using public money to fund a jet-set lifestyle in Europe.

Teodorin Obiang, the son of Equatorial Guinea‘s leader Teodoro Obiang Nguema, had been convicted in 2017 of embezzlement.

He had been handed a three-year jail term as well as the $32.9 million fine, with both sentences suspended.

Obiang, who is also vice president, challenged the penalty only to have the Paris appeals court return a heavier sentence on Monday by removing the suspended provision from the fine.

The notorious playboy fond of fast cars and Michael Jackson memorabilia was not in court for the ruling.

Obiang, 50, was put on trial on charges of using money plundered from his country’s state coffers to fund a jet-set lifestyle in France, where he bought a six-storey mansion in an ultra-posh part of the capital.

The judges in his initial trial, which he did not attend, had ruled that his 107-million-euro mansion — which boasts a hammam, a disco and gold-plated taps — should be confiscated, along with other assets.

The case, initiated by anti-corruption NGOs, is one of three involving families of African leaders which campaigners hope signals a new willingness of French authorities to tackle money laundering.

Paris has long been a favoured destination for the ill-gotten gains of wealthy figures linked to political leaders in Africa, particularly in France’s former colonies.

When investigators first raided the home, they hired trucks to haul away a fleet of Bugattis, Ferraris, a Rolls-Royce Phantom and other cars as evidence.

Obiang was agriculture and forestry minister before being promoted by his father to vice president, putting him in pole position to succeed him as leader when the post becomes vacant.

Africa’s only Spanish-speaking nation, Equatorial Guinea is the continent’s third-biggest oil producer but more than half of its 1.2 million population live below the poverty line.

It is regularly accused by human rights reports of corruption, repressive laws, extrajudicial killings and torture.

President Obiang has ruled with an iron fist for four decades.

He overthrew his uncle Francisco Macias Nguema in a bloody coup in August 1979 and became president a few months later.

He has since seen off at least half a dozen assassination or coup attempts.

The latest of them, in December 2017, reportedly involved a group of men from Chad, Central African Republic and Sudan.