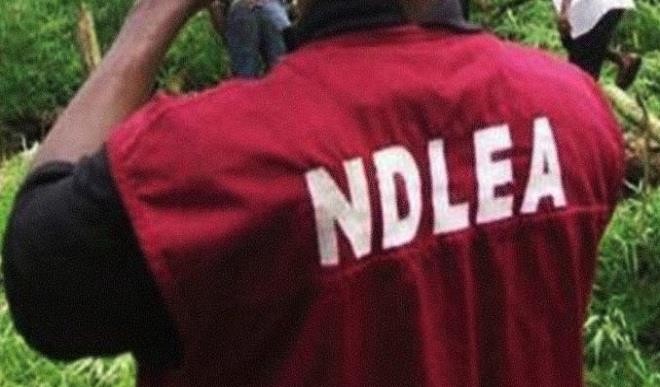 The Chairman, NDLEA, Col. Muhammad Abdallah, (Rtd) disclosed this in a statement signed by the Head, Public Affairs of the agency, Mr Jonah Achema, and made available to newsmen in Abuja on Monday.

According to the statement, one suspect was also arrested in connection with the drugs.

He described the discovery of the illicit drugs, which was contained in 183 giant size bags as the single largest seizure within the North Eastern States.

According to him, one Modu Fanami, who lives in the compound with his wife and two children was arrested in connection with the banned substance.

“Fanami admitted that he served as the errand boy to one Uche (now at large) who is the real owner of the drug business.

“A Gulf Car used by Fanami to take delivery of each consignment from the point of arrival to the warehouse was also seized by the agency.

“The agency has launched a manhunt for the arrest of those behind the criminal merchandise, ”he said.

The NDLEA chairman noted that the seizure came after weeks of painstaking surveillance and monitoring.

According to him, the seizure is likely to have links with transnational syndicate cartels and the Boko Haram insurgents in the North Eastern part of Nigeria.

He observed that it could not be ruled out that the drugs were for onward shipment to the bordering Niger, Chad and Cameroon because of the quantity involved.

“Nigerians need to wake up from their slumber and rise up to the challenge of drugs if this quantity can be found in Bornu State where Cannabis is not cultivated and knowing the nexus between drugs and terrorism.

“Then our communities cannot afford to be passive, but be actively involved in drug control efforts. Vigilance is the word!, ”he said.

He said that the drugs were recovered within the period of five years by the agency’s eight operational formations in Lagos, covering land borders, sea and airports.

“The agency also closed the year 2019 with the destruction of 181.2 tons of cannabis during its Operation Thunder Strike IV which combed the forests of Ondo and Edo States where the cannabis were harvested and stored for onward movement to the drug market.

“The agency in the course of the operation stormed Ala Forest in Ondo State and Uzebba and Ihkin Okpoji forests in Owan West LGA of Edo State where the drugs were discovered in warehouses and thereafter set them ablaze,”he said.

The NDLEA chairman assured members of the public that the agency would sustain its crackdown on the illicit drug market.

“We will ensure that the agency did not only disrupt the activities of those behind the heinous drug crime, but will dismantle their networks and defeat them ultimately,”he said. (NAN)