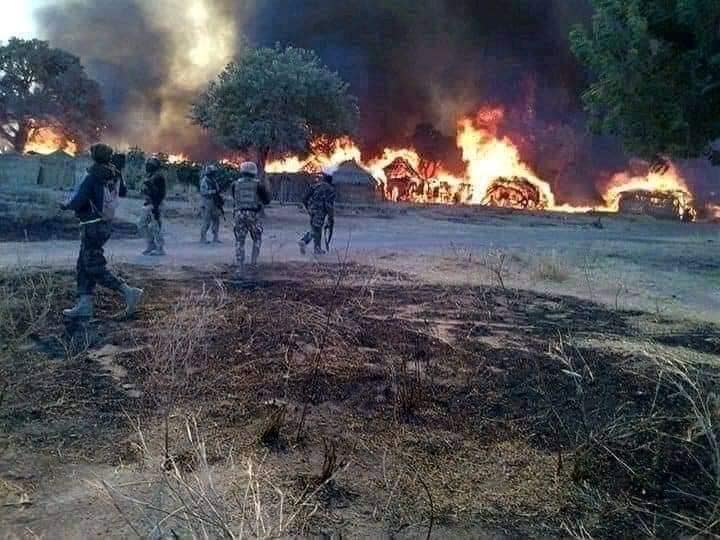 The Federal Government Thursday said the troops neutralized over 1,000 terrorists and rescued 2,000 civilians in the North East this year.

The Minister of Information and Culture, Lai Mohammed, stated this in Lagos at a press conference on the achievements of President Muhammadu Buhari’s administration in 2021.

He also said over 22,000 insurgents surrendered and many arms and ammunition recovered within the year.

The minister said several IED/bomb making factories of the ISWAP and Boko Haram terrorists were destroyed.

He said despite that the biggest challenge of insecurity, the military had been able to live up to expectations.

“For the outgoing year in particular, the major challenge has been that of insecurity. In spite of this and the usual economic challenges, especially the dwindling resources available to the government, the administration has availed itself creditably,” he said.

He said the effectiveness of the military was enhanced by the leadership provided by Buhari and the unwavering commitment of the Armed Forces and its leadership.

He said the procurement of modern platforms for the Armed Forces also helped “in raising the level of their operational readiness and efficiency, in addition to boosting their capabilities.”

The minister said the economy’s recovery remained on a steady path throughout the year, recalling that the Nigerian economy was hit by the COVID-19 pandemic in mid- 2020, and the economic disruptions led to a recession.

He said: “The poor performance of the economy during the COVID-19 era affected output growth, trade, household welfare and livelihood.

“However, this led to a quick response by the federal government with the rolling out of effective fiscal and monetary policies as well as health-related policies intended to curb the spread of the pandemic and mitigate the negative impact of the pandemic on the economy.

The minister thanked all Nigerians for their support and perseverance, assuring the nation that Buhari was determined to leave a legacy of a safe, secure and prosperous nation.

“We urge Nigerians not to relent in supporting our security forces, who continue to make sacrifices to keep our country safe,” he said.