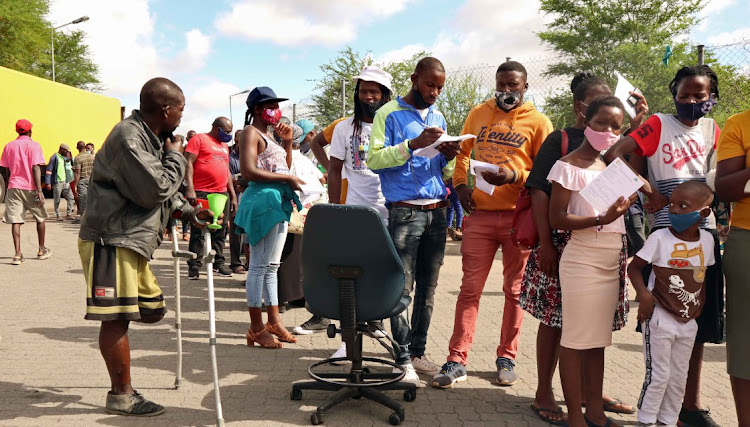 She graduated with a diploma in Mass Communication from Masinde Muliro University of Science and Technology (MMUST) in 2019. She had high expectations of securing a well-paying job.

“I would not have gone to university if I knew how tough the job market was going to be,” Nyakoa, 24, told The Standard yesterday.

According to Nyakoa, she started applying for jobs in private and public companies immediately after she left university but in vain

At one point, in 2020, she resorted to working as house help for at least seven months but was discouraged by the meagre pay of Sh3,000 per month and decided to quit.

The mother of one and the firstborn in a family of six children says after quitting, she started reapplying for jobs.

“I was invited to work at a local radio station as a presenter last September, but my employer started making sexual advances. And when I declined, he made me work without pay as punishment. So I decided to quit after working for almost one year,” said Nyakoa.

She resorted to doing menial jobs to meet her financial obligations, but the going became tougher.

She is the only woman out of four men at the car wash.

“I have been doing this job for four months. I like it because it helps me pay my bills and fend for my child. I am paid Sh250 every day, but on a good, I take home Sh400,” said Nyakoa.

Usually, Nyakoa wakes up at around 6 am to report to her work station by 7 am and works until late evening.

But according to her, the job is not without challenges.

“Some clients never let me touch their cars because they believe a woman cannot clean a vehicle or a motorbike,” she said.

“I have to convince clients that I am up to the task. Some of them acknowledge my work and offer an extra penny for a job well done, which motivates me,” she said.

Sometimes, she has to trek a long distance in search of water for cleaning vehicles.

“There is a river located a few kilometres away from where I fetch water whenever there is scarcity,” says Nyakoa.

Despite the challenges, Nyakoa is not about to give up on her career and remains optimistic that an opportunity will present itself at some point.

She is not alone. Emmanuel Wesonga, who finished his studies at Sigalagala National Polytechnic and graduated with a Diploma in Journalism in 2020, also works as a car cleaner.

Wesonga who hails from Navakholo Constituency, says he would land his dream job immediately after school.

The 26-year-old is the last born in a family of six children and a father of one.

He has worked in a regional radio station before.

“I secured a job in one of the local radio stations in Western Kenya, where I worked for four months out of passion and love for the job. I was not paid a single penny for the work that I did,” he said.

“When I suggested to my employer that he should pay me a stipend, he told me to focus on honing my skills and gain experience.”

He decided to quit the job in July. “I was not even able to put food on the table for the eight months I worked at the station.”

But he counts himself lucky to have landed the car cleaning job.

“The higher the number of vehicles you wash, the higher the amount of money you will be paid. I believe my excellent

communication skills help me attract more clients than my colleagues who are school dropouts.”

During dry spells, Wesonga is forced to walk long distances looking for water.

“Besides, the location of our car wash is not ideal, so we have to convince clients by doing a good job and proving that you are trustworthy so that they keep on coming back,” he said.

Wesonga charges between Sh100 and Sh200 depending on the size of the vehicle to be cleaned. Motorcycle owners pay Sh50.

Both Wesonga and Nyakoa encourage university graduates not to idle but look for something to do while chasing their dream jobs.