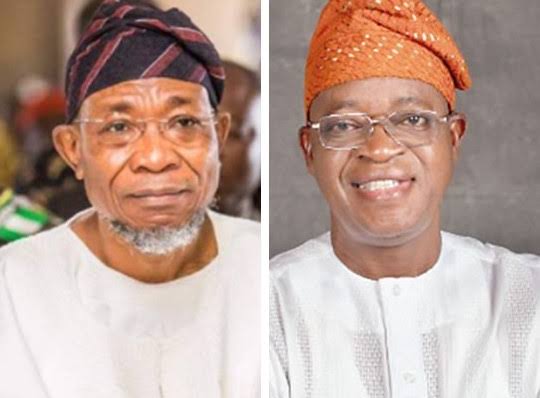 He advised the electorates not to look for his name on the ballot paper but they should look for the broom and the APC logo.

Speaking at Ila-Orangun, the hometown of the pioneer interim national chairman of the All Progressives Congress (APC), Chief Bisi Akande, during his reelection campaign, Oyetola boasted that he would complete his two terms before he vacates the government house.

He challenged his opposition to go and learn and stressed that governance requires knowledge and experience which he possessed.

“This power is in my hand and I won’t drop it because your vote will retain it for me. My eight years in power as governor are sure. God is on our side.

“We have plans and the wisdom to execute them. It will take PDP 30 years to contest again in Osun because of the defeat they will suffer on July 16th. They should use this period to prepare for governance, they can now contest. Governance is not child’s play.

“Don’t look for Oyetola on the ballot, my photograph will not be there, you will look for the APC party with a broom and vote with your index finger.

“Don’t panic, God has ordained us. They will be going about with money, don’t be influenced by it. Don’t sell your children’s future. They will not be available after the election, they’re opportunists. But we are here for you any day. Don’t take an oath because of the opposition’s money,” Oyetola warned.