On Atiku’s plan to hand over federal universities to states 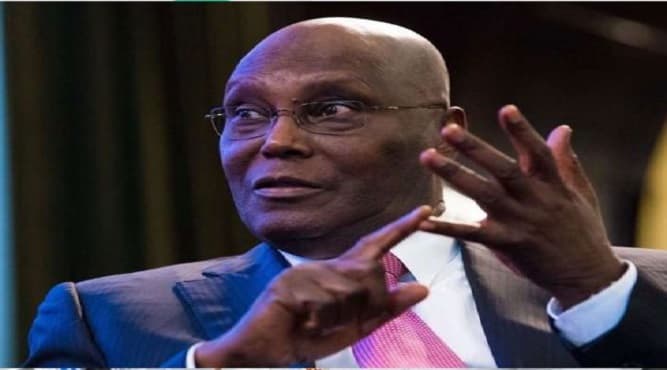 “I had an argument with a university professor from Federal University, Lokoja, Kogi state. He said he read in my policy document that I intended to devolve, in other words, to return education to the states. How dare do I do that?

Coincidentally, some weeks back, concerns were raised by some people about same proposed policy prescription that suggested the transfer of responsibilities of funding and control of tertiary education provided through federal-owned universities, COEs, Polytechnics and monotechnics to State Governments by 2024 as stated in the Atiku Policy Document 2019.

But considering the proven inabilities of several states to manage public basic and secondary education currently, there seemed to be a general intuition that such a policy might defer our higher education institutions to total destruction.

And I had this to say in response to some of the concerns raised;

While I consider the concerns absolutely valid, I feel there’s an [un]intentional failure to take into cognizance the fundamental assumptions and premises that pillar the policy prescription as provided in the policy document. Policy propositions geared towards improving State Governments’ fiscal capacity and overall economy in such a manner that they’d be able to withstand such a huge burden were also not considered by the lot.

Firstly, the policy prescription in question was contained in the “Atiku Plan” which is a policy document that communicated his plans for Nigeria on the hope that he wins the 2019 elections. And the fundamental assumption was that by 2024(5-years after assumption of office), the country would’ve been adequately RESTRUCTURED and the exclusive and concurrent list would’ve been decongested in such a way that “social and welfare issues like education, agriculture, health, etc. will be devolved to the states and local governments with the central government retaining the sole powers of quality assurance, policy standardization and implementation”. Of course this is in addition to devolving “issues bordering on minerals and mines, internal security including Police, law and order, railways, communications, transport, environment, land matters, etc” to the concurrent list in such a manner that states will be principally involved.

Secondly, succeeding points in the same section of the policy document prescribed that “States will be encouraged to set up Regional Common Services Agencies for the joint running of those institutions transferred to them by the federal government under the new arrangement”.

This arrangement is similar to that which was ushered to fore by the “Interim Common Services Agency Degree 1968” of the Gowon Administration after the dissolution of the Northern Region and the creation of 6 states from it. The arrangement, as it were, saw to the creation of the “Interim Common Services Agency(ICSA)” which was responsible for the management and control of almost all Northern assets and institutions including the Ahmadu Bello University, Kaduna Polytechnic, Advanced Teachers Training Colleges in Kano and Zaria, Northern Nigeria Development Corporation, Broadcasting Corporation of Northern Nigeria [BCNN], among others.

Hence, the federal tertiary institutions that fall under this proposed arrangement will be jointly managed by the RESTRUCTURED STATES through the instrumentality of the regional common services agencies. “The central government shall also own and develop one university in each geo-political zone as Centres of Excellence. The universities shall be encouraged to charge user fees at market rates under a partnership between the federal, state and local governments”, states the policy document.

Thirdly, in its pursuit for a sustainable restructuring model, the policy document proposes the introduction of a matching grant of upto $250 million per state “for the purpose of making states lose their addiction to federal allocation, to make them look inwards, and return to the healthy competition of 1957-1966, when Nigeria practiced her unique brand of true federalism known as regionalism”. This of course is in addition to providing all necessary support to the states in terms of developing their revenue generating capacity, reforming economic management institutions, promoting fiscal efficiency etc as outlined in the “Supporting the Federating Unit in Economic Management” section of the policy document.

With the successful implementation of the proposed interventions, structures and institutions as stated above, why not handover the federal tertiary institutions to the states?

Restructuring (autonomy and resource control) would not come easily, it certainly must be accompanied by additional responsibilities for the states!