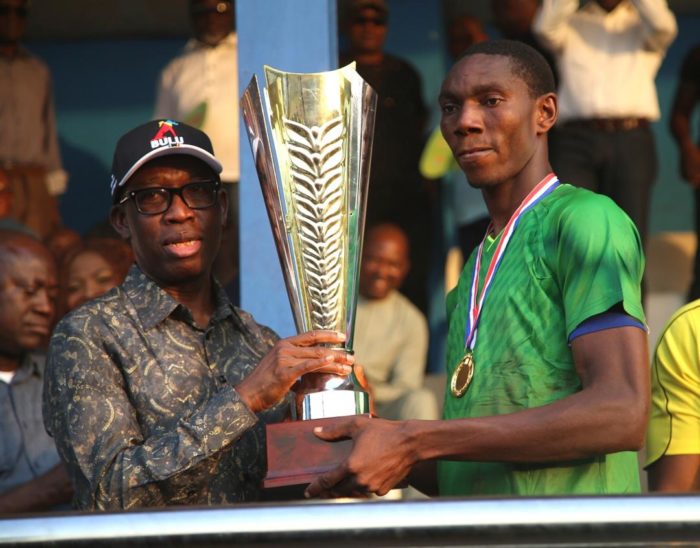 Gov. Ifeanyi Okowa of Delta has said that a lot of work still needs be done to achieve the desired result from the huge investment in sports development in the state.

He said this at the finals of the ninth edition of the Sen. Ifeanyi Okowa Football Tournament at the Agbor Township Stadium on Monday.

According to him, more wealthy Nigerians and corporate organisations should be involved in the sponsorship of sport activities, especially football.

He decried what he described as over reliance on government sponsorship for sports in the country.

“Today, we watched a beautiful game of football, the organisers of the championship have made it clear that it was to unite the people, keep the youths busy and discover hidden talents.

“We are aware of the inherent benefits derivable in the development of sports.

“Though there is a lot of investments in sports, a lot more is still needed to be done to take it, especially, the game of football, to the desired height.

“We need a lot of sponsorship. There is so much dependence on government for sponsorship. Government at different levels is doing its best but it is not enough.

“We need to strengthen our league because it will amount to act of patriotism for us to watch Nigerian league and be involved in sponsorship,” Okowa said.

He said that the nation’s league was supposed to be a money spinner, adding that “everyone has to be patriotic in contributing to sports development.”

News Agency of Nigeria (NAN) reports that Ute-Okpu Ward 9 FC humbled Boji-Boji Ward 4 FC 2-0 to lift the trophy and a cash prize of N1 million, while Boji-Boji got N750,000.