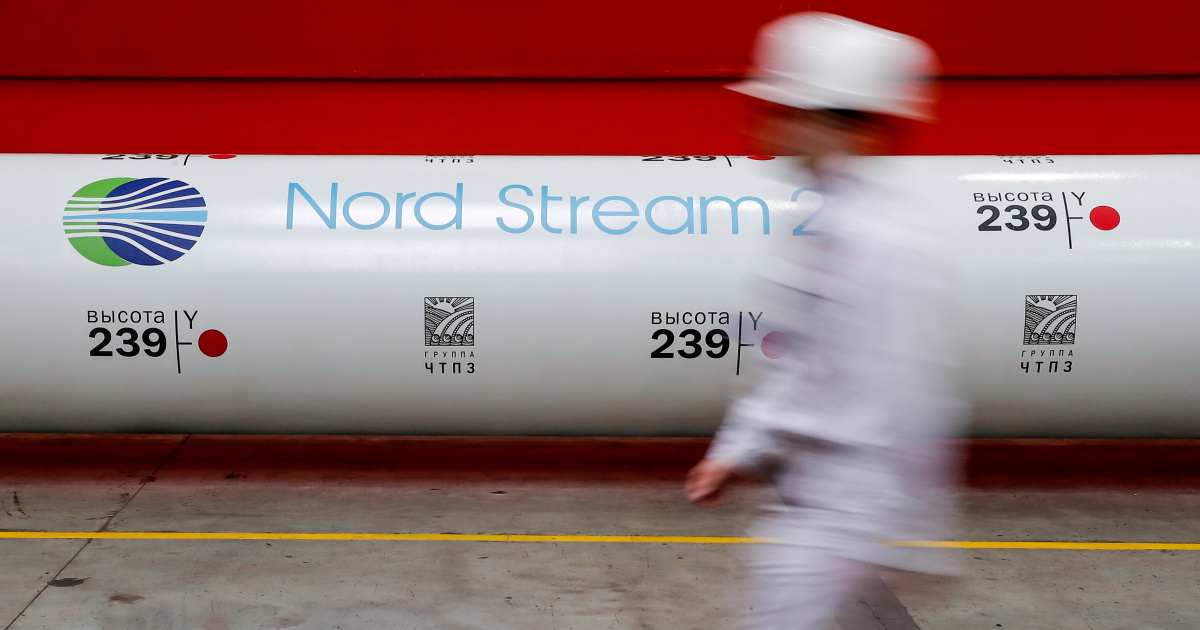 The Ukrainian leader was speaking on Sunday at a joint news conference in Kyiv with German Chancellor Angela Merkel, who has spearheaded the pipeline project fiercely opposed by Russian neighbours Ukraine, Poland and the Baltic states.

“We view this project exclusively through the prism of security and consider it a dangerous geopolitical weapon of the Kremlin,” Zelenskyy said.

He added that the main risks after its completion will be “borne by Ukraine” but that the pipeline will also be dangerous “for all of Europe”.

The pipeline “will only play into the hands of the Russian Federation”, he said.

For her part, Merkel said Berlin agrees with Washington that “gas must not be used as a geopolitical weapon”.

“It will come down to if there is an extension to the transit contract via Ukraine – the sooner the better,” she said, referring to the expiry of Moscow’s agreement with Kyiv in 2024.

The German leader, who met Zelenskyy two days after visiting his Russian counterpart in Moscow, said she had discussed with Vladimir Putin extending the contract past 2024.

“We feel a special responsibility” and “understand the big concerns that President Zelenskyy expressed”, she said. “We take them very seriously.”

Zelenskyy said he and Merkel had discussed the extension, but noted that he so far had heard only “very general things”.

The construction of the pipeline led to tensions between Germany and the United States, but Washington eventually waived sanctions against the Russian-controlled builder of the pipeline.

Merkel said the Germany-US agreement specifies “sanctions” if gas is “used as a weapon”.

She added that these commitments were “binding on future German governments”, as she is set to leave office next month after 16 years in power.

But the head of Ukraine’s state energy firm Naftogaz, Yuriy Vitrenko, told Reuters news agency last month he did not think Russia would continue to transit any gas through Ukraine beyond 2024.

Merkel has been a key ally of Ukraine since 2014, when Moscow annexed Crimea and pro-Russia separatists broke away from the country’s east

But the German chancellor has frustrated Ukrainian authorities by opposing sending arms to Kyiv and pushing across the finish line the Nord Stream 2 pipeline.

Merkel also wants more progress in peace talks over eastern Ukraine and on Sunday called for “Normandy format” negotiations between the leaders of Germany, France, Russia and Ukraine.

“This would enable progress, in my opinion,” she said. “I’m pleased that Zelenskyy said he would be prepared to do so.”