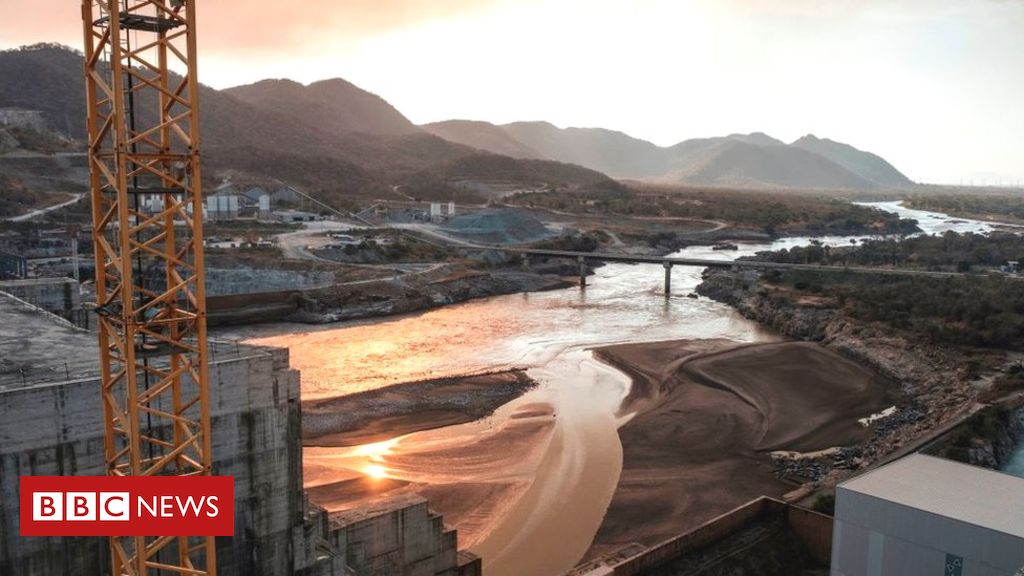 Ethiopia has said the US position on the controversial Nile River mega-dam project is “totally unacceptable”.

The US is negotiating between Ethiopia and Egypt in the ongoing dispute over the Grand Ethiopian Renaissance Dam that some fear could lead to war.

Ethiopia accused the US of overstepping its role as a neutral observer after the US said the dam should not be completed without an agreement.

But its foreign minister said Ethiopia would continue to attend the talks.

Upon completion, the dam will be Africa’s biggest hydroelectric power plant and provide Ethiopia and some neighbours with huge amounts of electricity and energy security.

The country wants to start filling the dam in June, but countries downstream are concerned about the impact on their water supply.

Egypt has viewed the project as an existential threat since construction began in 2011.

It relies on the Nile for 90% of its water, and a 1932 treaty gives Egypt and Sudan rights to almost all the Nile waters.

It fears the dam would give control of Africa’s longest river to Ethiopia, and it wants the filling of the dam to take place over a longer period so the river level does not suddenly drop dramatically.

Tensions have escalated between Ethiopia and Egypt, with both countries vowing to do what is necessary to protect their interests.

The US stepped in to assist in negotiations in 2019 and last week issued a statement saying an agreement had been reached, and urging Ethiopia to formally commit to it.

It said “final testing and filling should not take place” without all parties signing the agreement.

On Tuesday, Ethiopia’s Foreign Minister Gedu Andargachew described the US statement as “undiplomatic”, adding: “We want Americans to play a constructive role. Any other role is unacceptable.”

The US would continue its “tireless efforts” to resolve the dispute, President Donald Trump told Egyptian President Abdel-Fattah al-Sisi in a phone call on Tuesday, Reuters reports.

Explore the Nile with 360 video

Media playback is unsupported on your device

Join BBC reporter Alastair Leithead and his team, travelling in 2018 from the Blue Nile’s source to the sea – through Ethiopia and Sudan into Egypt.

This 360° video is a version of the first VR documentary series from BBC News. To view the full films, click here.