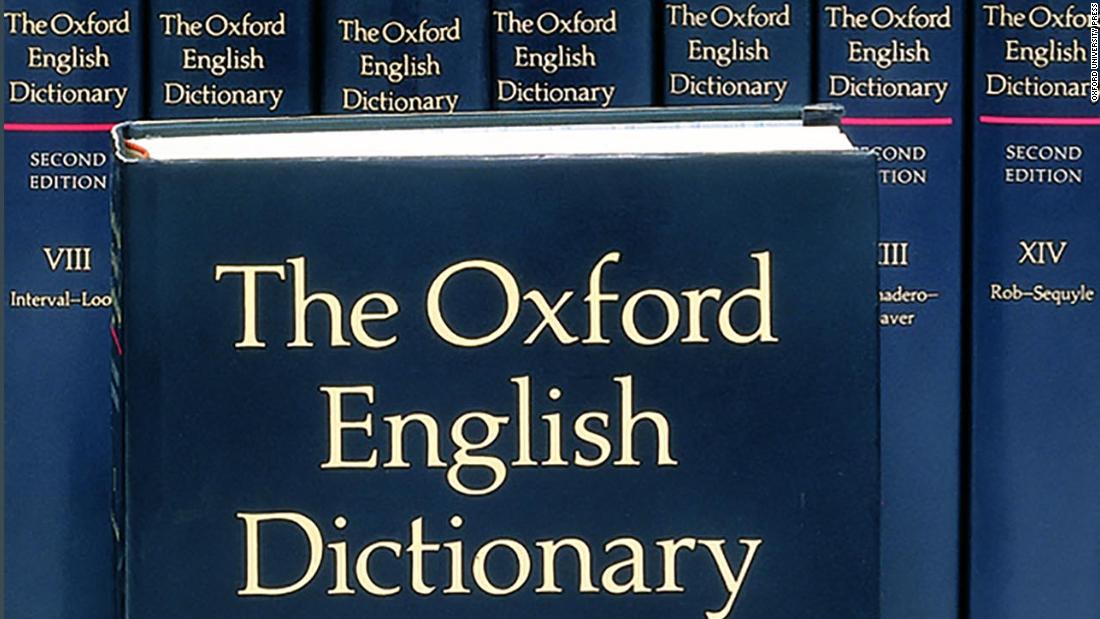 Oxford University Press, which publishes the dictionary, said it had added 29 new Nigerian English words and expressions to its latest update — including words derived from the Nigerian languages of Hausa and Yoruba as well as a number of unique Nigerian coinages.

English is used by millions of Nigerians in their daily communication, the OED said.

Among the new entries is “Kannywood,” the word describing the Nigerian Hausa-language film industry, based in the city of Kano.

“Ember months” — used to describe the last months of the year, usually from September to December — has also been added, while “next tomorrow,” meaning the day after tomorrow, also made the cut.

“To rub minds,” which means to consult and work together, and “barbing salon” — a place to get a haircut — also feature.

The latest additions, which can be found on the OED website, join at least 57 other words of Nigerian English origin already in the dictionary.

Danica Salazar, the OED’s World English Editor, told CNN the new words were included as part of a project to ensure the dictionary reflected the full spectrum of the English language.

“The Oxford English Dictionary is a historical dictionary and its job is to tell the story of the development of the English vocabulary,” she told CNN.

“A very important part of this is how English has become a global language used in different parts of the world by people from different backgrounds.

“And these people are creating new words that give different flavors of the language.

“So we are recognizing there are now many different centers of English around the world — and that one of these happens to be Nigeria, which is in fact one of the largest English-speaking countries in the world.”

Salazar said the OED used linguistic research technology to track the evolution of words and identify which are notable.

“Our job is to is to tell the story of English, and that story would not be complete without including the part Nigerians play in that.

“The fact we are adding more and more world English words really reflects the global reach of English,” she said.