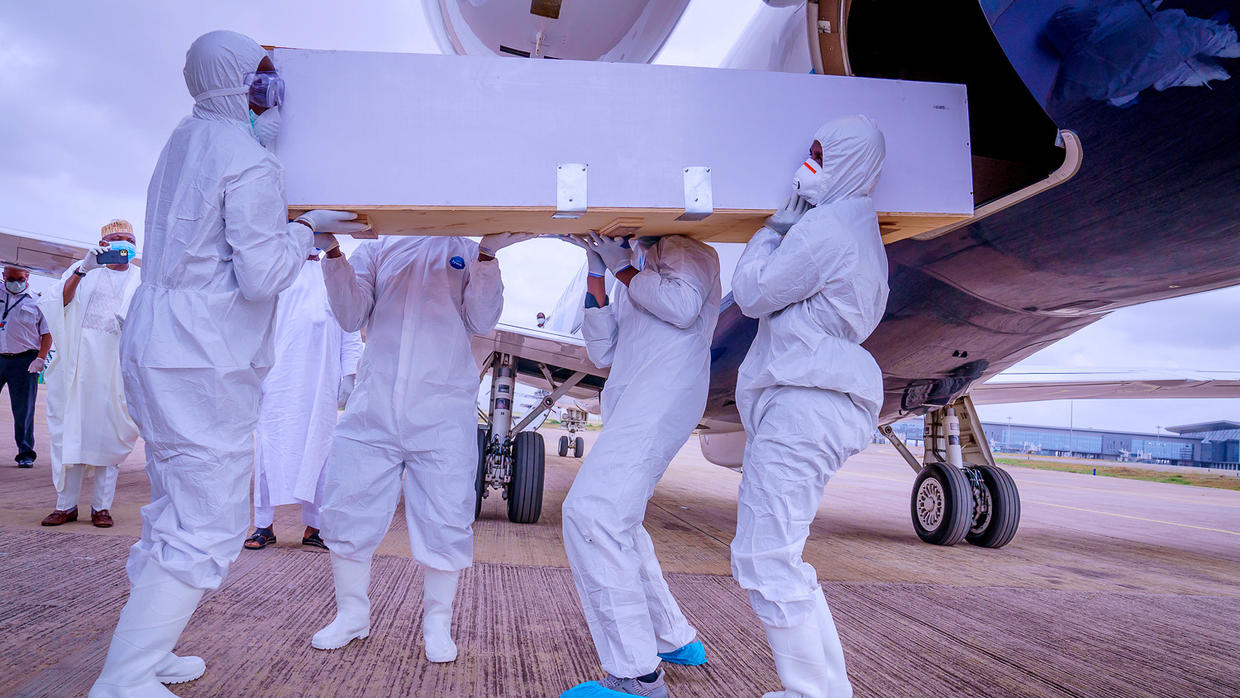 The powerful chief of staff to Nigerian leader Muhammadu Buhari has died after contracting the novel coronavirus, the presidency said Saturday.

In a statement, the Nigerian presidential office said it “regrets to announce the passage” of Abba Kyari, who acted as gatekeeper to the leader of Africa’s most populous nation.

“The deceased had tested positive to the ravaging Covid-19, and had been receiving treatment. But he died on Friday, April 17, 2020,” the statement said.

“In political life, Abba never sought elective office for himself. Rather, he set himself against the view and conduct of two generations of Nigeria’s political establishment – who saw corruption as an entitlement and its practice a byproduct of possessing political office,” noted the Nigerian president in one of his tweets.

Mallam Abba Kyari was the very best of us. He was made of the stuff that makes Nigeria great.

Rest In Peace, my dearest friend.

Buhari, whose public pronouncements are rare, himself has undisclosed medical ailments and spent five months in London for treatments in 2017. Kyari’s death might leave a potential opening for a rethink of policy at the heart of government in Africa’s most populous state.

Kyari, whose exact age has never been officially confirmed but who was believed to be in his seventies, is the highest-profile person in Nigeria to be killed by a virus that has caused 493 confirmed infections in the country and 17 deaths.

He travelled to Germany in early March with a delegation of other Nigerian officials for meetings. Upon his return, Kyari meetings with senior government officials before he was diagnosed as having contracted coronavirus.

Kyari was buried in Abuja on Saturday in the presence of his family and close friends wearing traditional dress, as well as masks.

The influential technocrat, who was reported to have suffered from underlying health issues, was seen as one of the dominant figures in the tight-knit group of advisors around Buhari.

“His death will have an enormous impact,” a European diplomatic source told AFP on Saturday.

“He really was a strong force who had a key influence. Without him, there will be a vacuum for a while. Political decision-making will perhaps be a little slower,” the source said, speaking on condition of anonymity.

The Nigerian newspaper, Daily Trust, wrote in a leader column that “his closeness to the president and Buhari’s unshakable trust in him saw Kyari become the de facto head of government, especially since the president handed him a free reign”.

That led to accusations “that he had the president in a golden cage”, the newspaper said.

Kyari’s death could be very significant because he showed “an immense ability to wield power in the context of a largely absent president”, Clement Nwankwo, director of the Abuja-based Policy and Legal Advocacy Centre think-tank, told Reuters.

“There is no evidence that the chief of staff shared that power with anyone. He was totally trusted and it isn’t clear who could fill those shoes,” said Nwankwo.

In a statement released on March 29 following his return from Germany, Kyari said he had been transferred to Nigeria’s biggest city Lagos for private medical treatment and hoped “to be back at my desk very soon”.

There has been no official confirmation on whether Buhari has taken a test, but the president has since made repeated televised speeches imposing restrictions to curb the spread the virus.

The central government has imposed a lockdown on Nigeria’s economic hub Lagos and capital Abuja, while state governors have ordered a raft of measures in other regions.

Experts say the country of 200 million is highly vulnerable to the spread of the disease given its weak healthcare system and high population density.