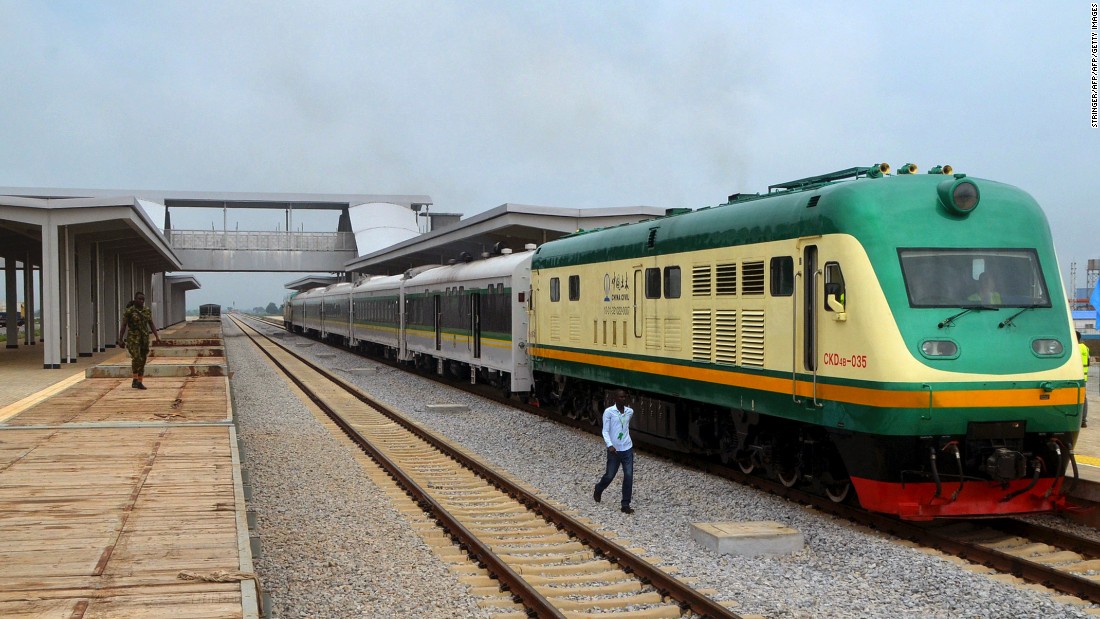 “They are using civilians as human shields, thereby making it difficult to confront them directly … Bandits and terrorists, unlike professional soldiers, don’t respect the rules of engagement; they don’t care about killing their hostages if they come under attack,” the Nigerian leader said in a statement to mark Monday’s Eid al-Fitr celebration.

At least eight people were killed and more than two dozen injured when gunmen opened fire on a packed commuter train traveling from the capital Abuja to the northern city of Kaduna on March 28.

A survivor of the attack told CNN at the time that the train was hit by two explosions before the gunmen opened fire on trapped passengers. After bombing the tracks, the gunmen surrounded the carriages and opened fire, said eyewitness Musa Bashir Usman.

Around 168 passengers of the ambushed train could not be accounted for last month by the Nigerian Railway Corporation.
Local media reported last week that a pregnant woman said to be among those kidnapped had given birth while in captivity.

A video of some kidnapped victims surrounded by masked armed men also surfaced, but CNN could not independently verify the footage.

President Buhari said he had “directed security agencies to ensure quick and safe recovery of all victims of kidnapping” while urging Nigeria’s railway management “to set up a situation room for the coordination of the rescue mission and minute-by-minute engagement with the families of the captives.”

Deadly invasions and kidnapping for ransom by gunmen known locally as ‘bandits’ have become a persistent problem across Nigeria in recent years, even as the country scrambles to contain the notorious Boko Haram terrorist group.

“There are fears that bandits will grow to yet another big challenge as we face down the Boko Haram threat,” Buhari added in his Monday statement. “Let me assure Nigerians that this administration will not allow such to happen.”

Buhari’s statement came as UN Secretary-General Antonio Guterres embarked on a Ramadan solidarity visit to the country to show support for victims of terrorism.

Guterres also visited Senegal and Niger where he met families affected by violence and instability in the Sahel region, including internally displaced people, his office said.