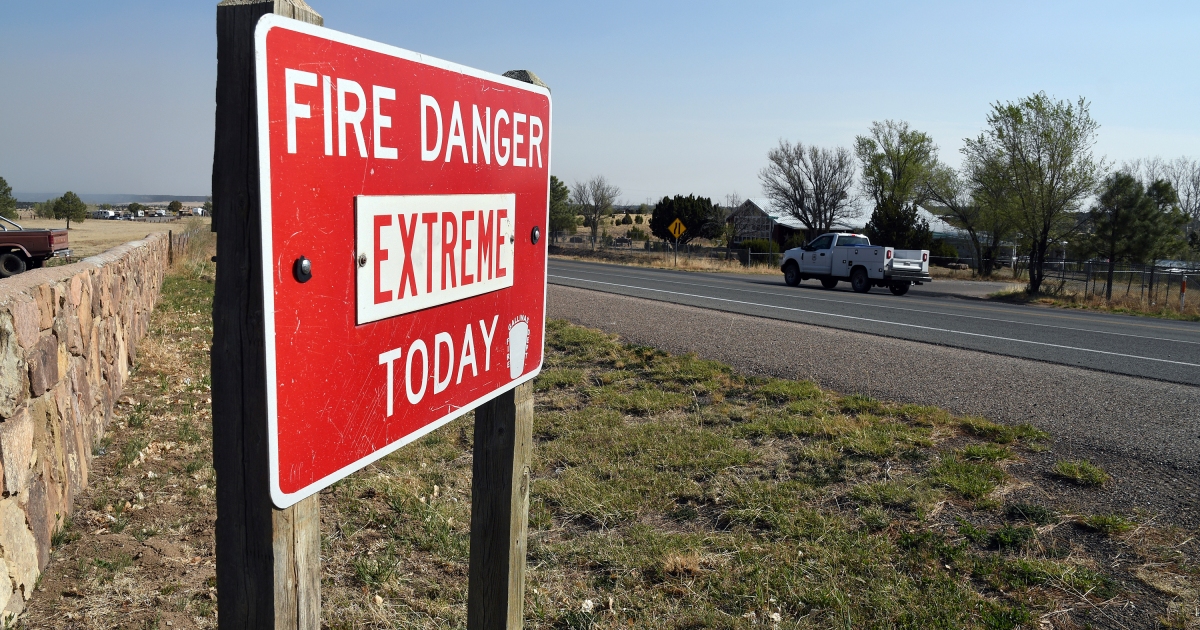 A wildfire near a small northeastern New Mexico community in the Rocky Mountains is expected to keep growing.

The governor of the US state of New Mexico has asked President Joe Biden to declare a disaster as firefighters scrambled to keep the largest blaze burning in the United States from destroying more homes in the foothills of the Rocky Mountains.

During a briefing on the fire burning across the state’s northeast on Tuesday, Governor Michelle Lujan Grisham signed a request for a presidential disaster declaration that will be sent to the White House in hopes of freeing up financial assistance for recovery efforts.

She said it was important that the declaration be made on the front end rather than waiting until the fire is out. “I’m unwilling to wait,” said Lujan Grisham, a first-term Democrat who is running for re-election.

“I have 6,000 people evacuated, I have families who don’t know what the next day looks like, I have families who are trying to navigate their children and healthcare resources, figure out their livelihoods and they’re in every single little community and it must feel to them like they are out there on their own.”

She promised to get them help, but residents in the small northeastern New Mexico city of Las Vegas were already voicing concerns about grocery stores being closed as some people chose to leave ahead of the flames even though evacuations had not been ordered.

Those from villages in the mountains surrounding the community who had found refuge with family members and at a shelter in Las Vegas were worried they might have to find another place to go if the fierce winds predicted Wednesday and this weekend push the flames closer to the city.

A battery of fire engines and their crews were busy on Tuesday working to protect homes and other structures on the edge of Las Vegas while bulldozers cleared more fire lines on the outskirts. Air tanker and helicopter pilots took advantage of a break in the thick smoke and falling ash during the early hours to battle the flames from above with fire retardant and water drops.

New Mexico was in the bull’s eye for the nation’s latest wave of hot, dry and windy weather. Forecasters also issued warnings for parts of Arizona and Colorado, and authorities in Texas urged people there to be careful after crews in that state had to respond to several new fires on Monday.

The blaze has charred 590 square kilometres (228 square miles) of mountainsides, towering ponderosa pines and meadows, destroying about 170 homes in its path and forcing the evacuation of the state’s psychiatric hospital in Las Vegas. Schools in the community also cancelled classes at least through Wednesday.

The governor said during the briefing that the number of homes destroyed would likely go much higher given the ground that the fire has covered and the villages that it moved through over the past week. Assessments by law enforcement were continuing.

Wildfires have become a year-round threat in the drought-stricken West and they are moving faster and burning hotter than ever due to climate change, scientists and fire experts say. Fire officials also have said that many forested areas have become overgrown and unhealthy and that the buildup of vegetation can worsen wildfire conditions.

California, for example, has experienced the eight largest wildfires in state history over the last five years, while a destructive Colorado blaze tore through suburban neighbourhoods last December. In the last decade, New Mexico also has seen its largest and most destructive fires.

Nationally, the National Interagency Fire Center reported on Tuesday that a dozen uncontained large fires have burned about 1,000 square kilometres (400 square miles) in five states, including New Mexico. Nearly 3,500 wildland firefighters and support personnel are assigned to fires burning across the country.