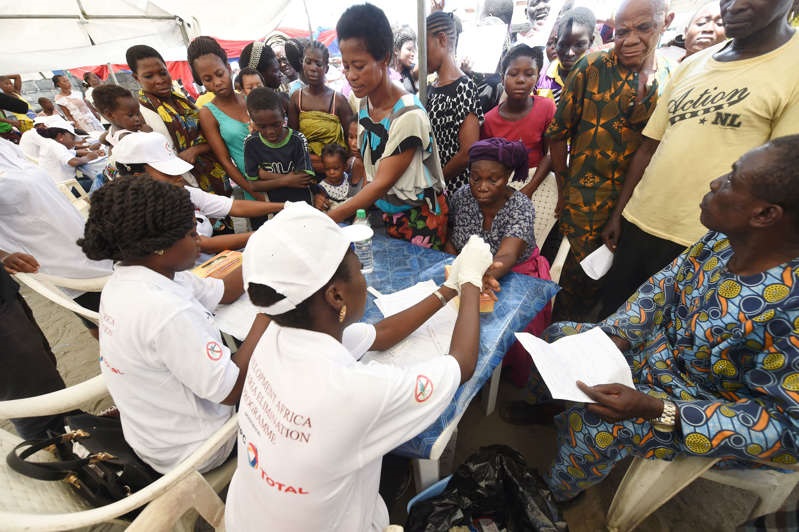 Medical experts including a consultant parasitologist at the College of Medicine, University of Lagos, Idi-Araba, Prof. Wellington Oyibo, and the President of the Academy of Medicine Specialties of Nigeria, Prof. Oladapo Ashiru, stated this in separate interviews with The PUNCH.

They said this as the Federal Government stated that it was considering buying the vaccine.

The WHO Director-General, Tedros Ghebreyesus, at a news conference on Wednesday said the organisation had endorsed the RTS, S/AS01 (RTS, S) malaria vaccine for children in Africa.

The global body gave the approval following a two-year vaccine programme that involved children in Ghana, Kenya and Malawi.

He said, “This is a historic moment. The long-awaited malaria vaccine for children is a breakthrough for science, child health and malaria control.

“Using this vaccine on top of existing tools to prevent malaria could save tens of thousands of young lives each year.”

Malaria, according to the WHO, remains a primary cause of childhood illnesses and death in sub- Saharan African killing more than 260,000 children annually.

Commenting on the breakthrough, Oyibo stressed the need for the government to invest in malaria prevention interventions.

He stated, “Although some positive and valuable effects of the malaria vaccine have been recorded, the caveat is that it must be used alongside other interventions such as integrated vector management, effective case management, malaria prevention in pregnancy and seasonal malaria chemoprevention.

“The vaccine prevented death in every four out of 10 children and this is important for us in a country where annual deaths to malaria is over 70,000 every year.

“Its effect on morbidity especially in the prevention of severe malaria anaemia in children gives the malaria vaccine additional value. Though the coverage rate may not have reached the desired level, its utility is appreciated in an inequitable world where other diseases appear to be more important than the others to receive the desired attention,” Oyibi said.

The expert urged Nigerians to make efforts in keeping the environment clean always.

“The environment has to be properly managed and everyone, including government, has a role to play. Materials such as empty cups, used tyres, uncleared bushes around the homes must be cleared regularly,” Oyibo added.

Also, the President of the AMSN, Ashiru, urged Nigerians to intensify efforts to enforce environmental hygiene and sanitation.

It will prevent malaria-related deaths – Ashiru

He said, “According to the WHO, malaria is a life-threatening disease caused by parasites that are transmitted to people through the bites of infected female Anopheles mosquitoes. It is preventable and curable.

“Children aged under five years are the most vulnerable group affected by malaria; in 2019, they accounted for 67 per cent (274 000) of all malaria deaths worldwide. So, you can see the level of death that can be prevented from malaria vaccination.

“We need to intensify efforts through enforcing environmental hygiene sanitation, and provision of pipe-borne water. Cleanliness of our surroundings and elimination of stagnant water is critical. Our government needs to welcome the vaccine.”

A professor of Medical Virology, University of Maiduguri, Prof Marycelin Baba, said there was high possibility of the vaccine reducing deaths.

She said, “One thing about vaccines is that they reduce infections and offer protection which means that even if you are infected by a virus or disease, once you have the vaccine, you are protected.

“The laboratories who worked on the vaccine won’t just release it for the sake of frivolities. Even though no one has seen the vaccine, we can still argue based on the other forms of vaccine such as the yellow fever vaccine, measles and others.

“Once people get the vaccine, infections reduce and so also deaths.”

Baba blamed the Federal Government’s lack of willingness for the inability of the country to produce vaccine.

She said nepotism and high level of corruption were responsible for Nigeria’s unpreparedness in the development of vaccine.

She said “Our problem is nepotism and high level of corruption. I spent two years in Kenya and yes there is corruption there, but they don’t allow it overwhelm productivity.

“We have lots of virologists who have resources but it is quite unfortunate that the government is not looking out for qualified individuals.”

But the Head of Department of Virology, University of Ibadan, Dr Adekunle Adeniji, in a separate interview with The PUNCH, said it was too early to state what the vaccine could do.

He said, “It is a new vaccine, it has not been used before, so we don’t know what to refer to. When talking of vaccine, we can easily refer and compare vaccine such as small pox vaccine, polio, yellow fever and measles.”

But the Minister of State for Health, Olorunnibe Mamora told The PUNCH that the Federal Government would consider looking into the procurement of the malaria vaccine after the full trials.

The minister said “The vaccine is still in trial stage. After undergoing trial, we will look out for procurement.