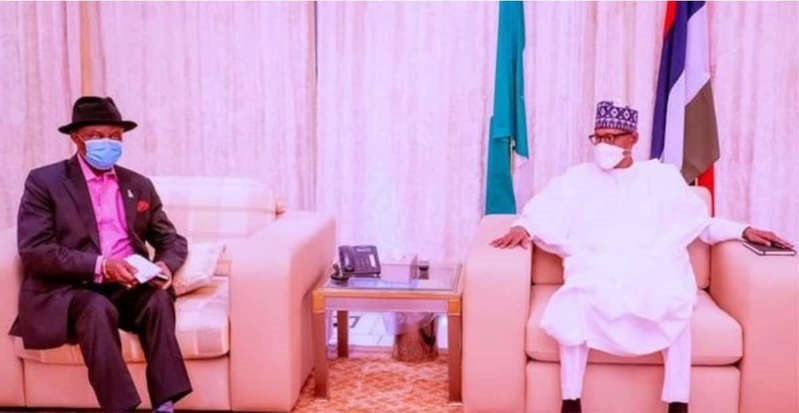 In efforts to make the presidency’s position clear on the matter of the state of emergency being advocated by Abubakar Malami, the minister of justice and attorney-general of the federation, in Anambra, the state governor has revealed the position of President Muhammadu Buhari.

According to Governor Willie Obiano, the minister is on his own because his idea has no backing of the presidency, Premium Times reports.

The Anambra state governor disclosed this to State House Correspondents after a meeting with Buhari in the Presidential Villa, Abuja.

Obiano who revealed how unhappy he was with Malami’s statement said he had reported the minister to the president, Punch Newspaper added.

He added that the threat was unfortunate. He said he was surprised Malami had not contemplated the imposition of emergency rule in northern states during massive killings occasioned by banditry.

Meanwhile, southeast governors and traditional rulers on Tuesday, October 5, condemned the sit-at-home order by the proscribed Indigenous People of Biafra (IPOB) which is usually enforced every Monday.

Legit.ng reported that the governors’ position was contained in a communique read by Governor David Umahi of Ebonyi state, the chairman of the southeast governors’ forum. The communique was made available on Facebook by Francis Nwaze, Governor Umahi’s media aide.

After rising from a meeting with some selected leaders at the Government House, Enugu, the governors declared that the sit-at-home order is mostly issued by those in the diaspora who do not feel the pains that it is causing the zone. They resolved to do everything within the law to ensure that there is no further sit-at-home in the southeast and that people are allowed to freely move about.

Earlier, Legit.ng reported that the southeast governors’ forum condemned the killing of Chike Akunyili husband of late Dora Akunyili, the ex-director general of the National Agency for Food and Drug Administration and Control (NAFDAC).

Akunyili was reportedly killed alongside his police escort and his driver, on Tuesday night, September 28, in Anambra state.

Reacting, Umahi, chairman of the forum, in a statement on Wednesday, September 29, expressed worry over how the southeast is losing most of its finest to hoodlums.