Nigeria: Responding to a Yellow Fever Outbreak in Nigeria Amidst a Global Pandemic 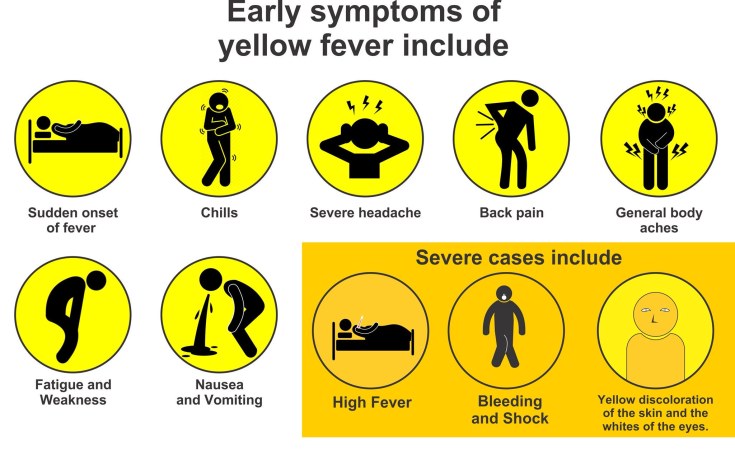 In early November 2020, positive samples for yellow fever were reported from five Nigerian states. Nigeria is a high-risk country for yellow fever and is a priority country for the global eliminate yellow fever epidemics (EYE) strategy. The re-emergence of the virus there in September 2017 has been marked by outbreaks throughout the country.

The county has taken great strides toward boosting yellow fever protection and has vaccinated approximately 70 million people through reactive and preventive activities since 2017. However, with COVID-19 response efforts underway, the country’s health system and human resources are being strained, making the response a challenge.

The World Health Organization (WHO) is supporting Nigeria to respond to the outbreak. As of 3 December and since the beginning of the outbreak, a total of 530 suspected and 48 confirmed cases have been reported by the country’s Centre for Disease Control, with 172 deaths among suspected cases, across the five affected states. Sample testing is ongoing at the national reference laboratories in the country.

Yellow fever is caused by a virus spread through the bite of infected mosquitos of the Aedes and Haemogogus species. The Aedes aegypti type of mosquito bites during the day. People who are infected can develop serious symptoms, including high fever, loss of appetite, nausea, muscle pains, headache, convulsion and jaundice. Some die from the complications of internal bleeding and organ failure.

With the onset of the current outbreak, epidemiologists and other health professionals have been deployed in each of the affected states. Outbreak investigation is ongoing through Rapid Response Teams (RRTs) under the coordination of respective State Ministries of Health. Workers at selected hospitals in each of the five affected state have been trained and provided with supplies to treat yellow fever patients.

Dr Onyinye Emefiene, WHO National Surveillance Officer/State Coordinator, is leading one of the teams responding to the outbreak in Delta State.

“When I got wind of the outbreak, the first response was to immediately set out with the Rapid Response Team to investigate the outbreak very early on a Saturday morning,” Dr Emefiene said. “Since then, it has been a marathon to ensure that active search for suspected cases is done, cases are appropriately managed and reactive vaccination commenced. Even though the reactive vaccination in the affected areas have been concluded, the battle continues to contain and control yellow fever epidemics in Delta State and beyond by strengthening our surveillance system and delivering potent vaccines to all eligible persons in the state.”

Simultaneous to the outbreak, COVID-19 response efforts in Nigeria have demanded an extraordinary amount of time and resources from the country’s health system while lockdowns, travel restrictions and other mitigations to slow the spread have severely disrupted access to core essential health services.

National and state authorities are currently focused on the COVID-19 pandemic response, limiting the human resources required to conduct investigations and response activities for the yellow fever outbreaks.

The relative proximity of Delta, Enugu, Benue and Ebonyi states with Lagos is an added concern because the introduction of yellow fever outbreaks in urban environment with a large unvaccinated population can lead to rapid amplification with associated severe impacts. Population movements that could contribute to spreading of the virus may have been reduced in the COVID-19 context. However, there is a lack of data on this, and the risk of spread should be monitored.

Speaking on the outbreak, Dr Walter Kazadi Mulombo, WHO Representative in Nigeria, says that the country is one of the high priority countries implementing the eliminate yellow fever epidemics (EYE) strategy. Launched in 2017, the strategy involves more than 50 partners supporting 40 at-risk countries in Africa and the Americas to prevent, detect, and respond to yellow fever cases and outbreaks.

The partnership aims to protect at-risk populations, prevent international spread of the virus, and rapidly contain yellow fever outbreaks. Through work undertaken as part of this strategy, by 2026 it is expected that more than 1 billion people will be protected against the disease. This strategy is being steered by WHO, Gavi, The Vaccine Alliance, and United Nations Children’s Fund (UNICEF).

This year, proactive vaccination campaigns were planned for most at-risk states in Nigeria, including Delta. In total, over 31 million people will be protected.

“As part of EYE strategy, Nigeria has developed a 10-year strategic plan for the elimination of yellow fever epidemics. Through this strategy, the country plans to vaccinate at least 80% of the target population in all states by 2026,” Dr Mulombo said.

Thirty-four countries in Africa and 13 countries in the Americas are either endemic for, or have regions that are endemic for, yellow fever. Prompt detection of yellow fever and rapid response through reactive vaccination campaigns are essential for controlling outbreaks. However, underreporting is a concern — the true number of cases is estimated to be 10 to 250 times what is now being reported.

Read the original article on WHO.

East Africa: With Roads and Trade, Uganda Seeks to Build a Bridge Over DR Congo